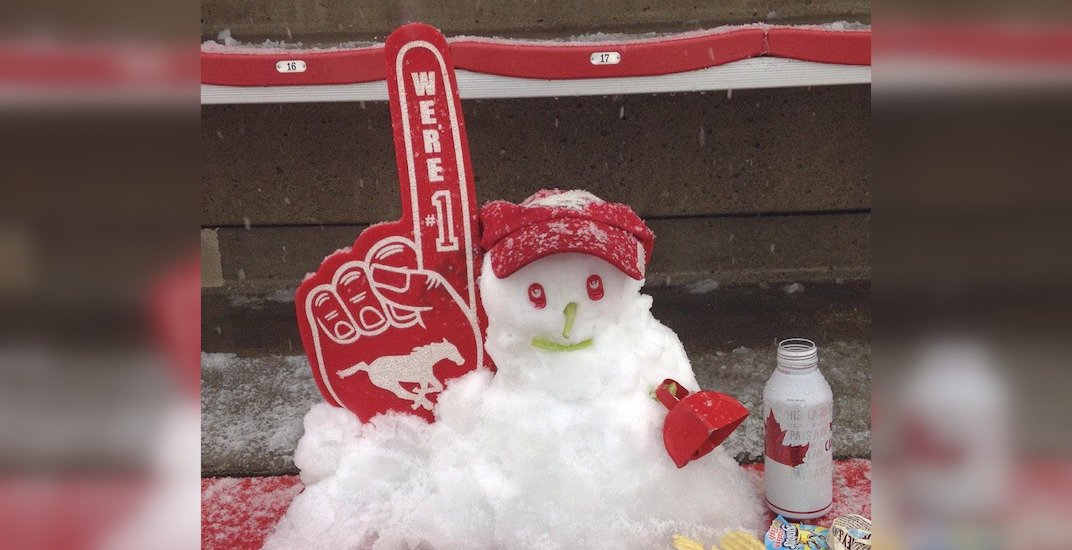 It’s going to be a cold one at McMahon Stadium this Sunday.

Weather could be a factor for the Western semi-final when the Calgary Stampeders (12-6) host the Winnipeg Blue Bombers (11-7). A high of -11°C is expected on game day, with 10 centimetres of snow predicted for Saturday and another 2-4 centimetres in the forecast for Sunday.

Both teams were remarkably evenly matched this season, with all three games played between Calgary and Winnipeg settled by just seven points combined.

On the line is a trip to Saskatchewan for the Western Final.

The winner of that contest will then be in Calgary come November 24 to play in the YYC-hosted Grey Cup — meaning that the Stampeders are just two wins away from home-field advantage in the most important game of the season, and three wins out from keeping the Cup in Calgary.

Kickoff is at 2:30 pm, though attendees are encouraged to arrive early. A Fan Zone, located in the East parking lot, will be open from noon to 2 pm and includes a DJ, photo booths, hot dogs and hamburgers courtesy of Red Plate, and food sampling from Safeway and Tim Hortons.

The “World’s Fastest Cow” will take to the field at the end of the first quarter to go up against four contestants vying for the chance to race the cow once more at this year’s Grey Cup.

Halftime will include the Outriders along with special guests performing their new Grey Cup routine.