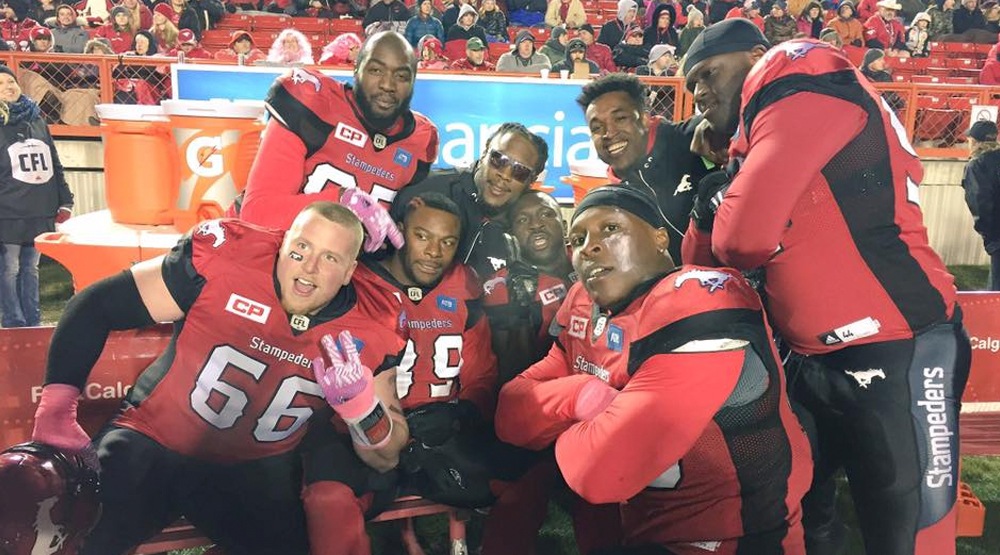 The Calgary Stampeders will be wearing a modified version of their black alternate jersey for the remainder of this season’s home games to honour Mylan Hicks who was killed in a nightclub shooting in September.

The jersey’s shoulder patch, which features crossed pistols, will also be covered up.

“The team made the decision to cover the shoulder patch worn by the players on the field for the remainder of the 2016 season to acknowledge last month’s tragic loss of Mylan Hicks,” John Hufnagel, Stampeders president and GM, said in a statement.

Hicks, 23, was a defensive running back on the Stamps’ practice squad.

“The Stampeders’ black jersey has been very popular with many of our fans and players since we became the first CFL team to wear an alternate jersey in 1994 and it will remain an important part of our identity,” Hufnagel said.

The Stampeders will review their jersey design next season.