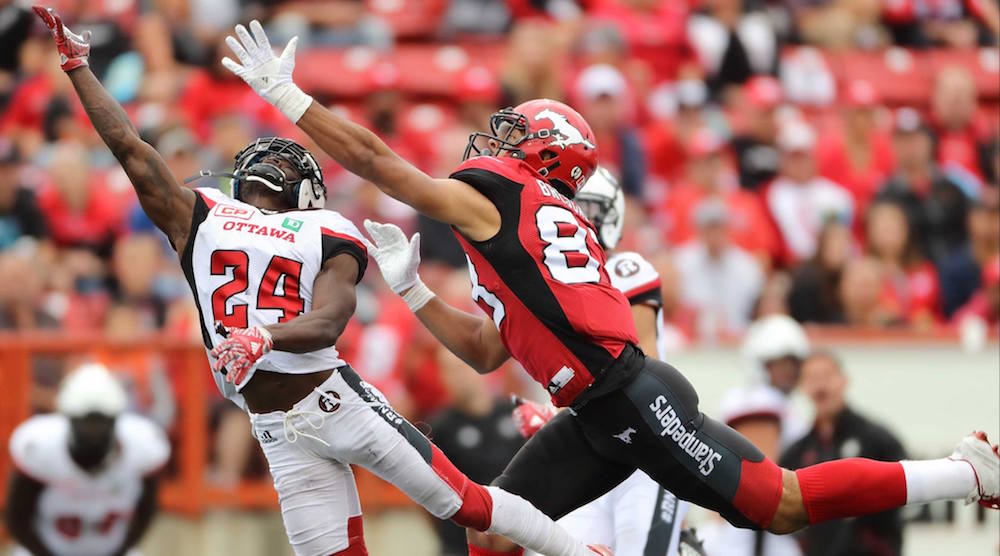 It’s game day in Calgary and a big one at that.

The Grey Cup re-match kicks off at 7pm tonight with the Stamps taking on the champs on home field.

Ottawa beat Calgary in overtime 33 – 39 to reign as the Grey Cup 2016 winners, and the Stamps are looking to put today’s game in the win column.

The two team already met in Week 1 at Ottawa’s TD Place Stadium and the result was a 31-31 tie.

Fans can get pumped up at Mahon before the game with food trucks, a DJ and player autographs. In the fan zone, wide receiver DaVaris Daniels and defensive lineman Ja’Gared Davis will be signing autographs from 5 to 6pm.

Before the game, mini Canadian flags will be handed out to fans to wave during the National Anthem.