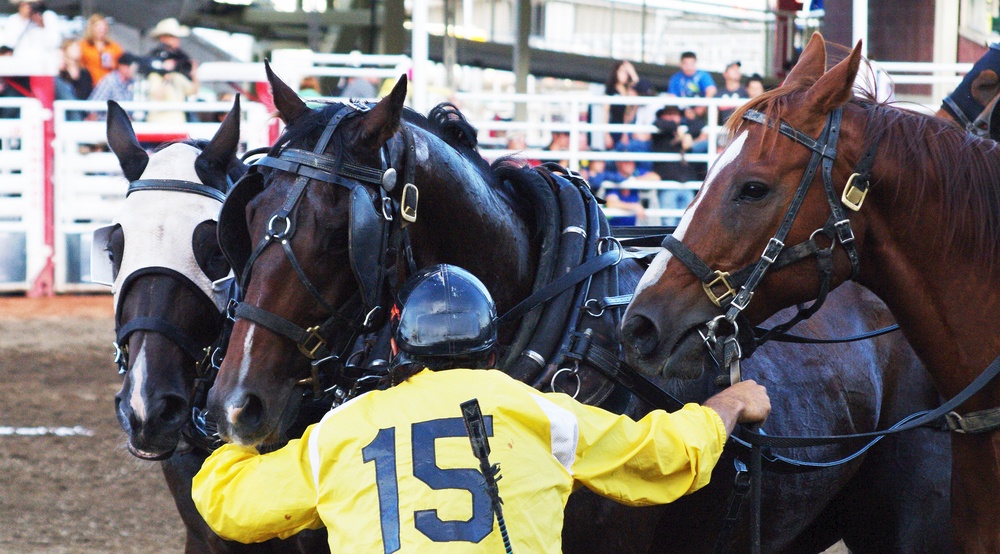 The Calgary Stampede has released a statement confirming a thoroughbred horse was put down yesterday after an injury sustained in Sunday evening’s chuckwagon races.

The horse, who belonged to the team of Roger Moore, had a severe fracture of the cannon bone on the left hind leg.

The animal was immediately assessed by a veterinarian and then transported by ambulance. Considered to be a serious injury, the veterinarian determined the need to euthanize the horse.

“This type of fracture is commonly known to thoroughbreds in the racing industry, and is not unique to chuckwagon racing,” reads a statement from the Calgary Stampede. ” This is felt deeply within our organization and the owner of the animal.”

The injury was sustained during the fifth heat of the chuckwagon races last night.