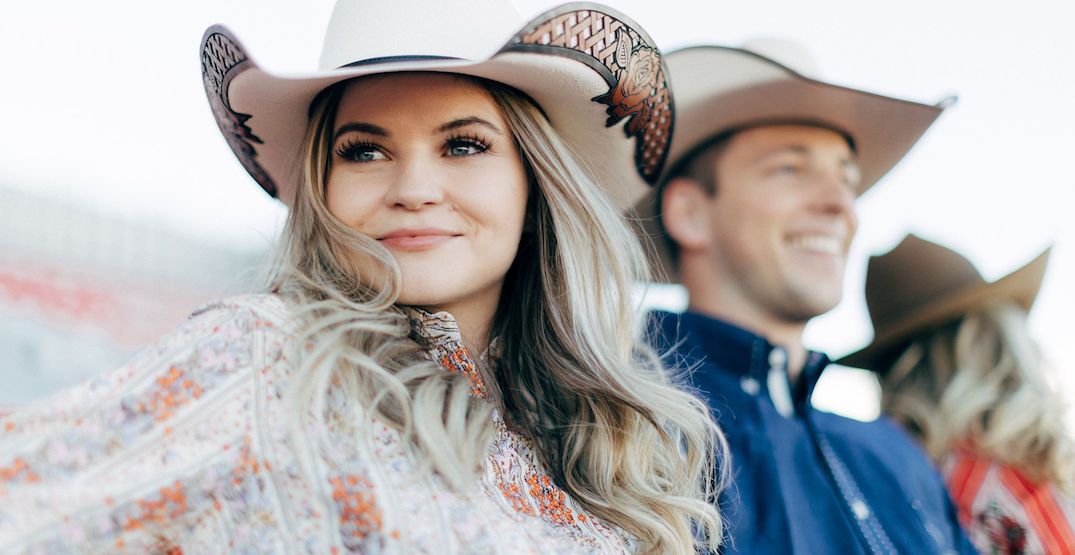 The Calgary Stampede is coming up quickly, and dressing like a cowboy or cowgirl for it is a time-honoured tradition.

This is the time of year when Calgarians from all walks of life pay homage to our city’s historic roots as a cattle-trading town.

So, you want to dress like a cowboy or cowgirl, but you’re not sure where to start? Not to worry, we have you covered.

If you don’t want to wear much in the way of western clothes, at the very least put on a cowboy hat.

Cowboy hats have a long history in Calgary, and white hats have been a symbol of Calgary hospitality.

The white hat debuted at the Stampede Parade of 1947, where the family of oilman Bill Herron won the “best dressed” prize.

The hats, made by Calgary’s own Smithbilt Hats, became so popular, Calgary mayor Don MacKay began the tradition of presenting honoured guests with a Smithbilt white hat in 1950, and it’s a tradition that has carried on to this day.

A post shared by Mary Prentkiewicz (@travelingthroughthisworld) on Jul 3, 2018 at 7:14pm PDT

There are a few things to keep in mind when you’re buying a cowboy hat, including the fit and quality.

The quality of cowboy hats is rated with X’s. Generally speaking, the more X’s a hat has, the higher its quality. A good hat can be expensive, but it’s an investment that will last for years.

Cowboy hats usually come in either straw or felt. Felt is better for an all-seasons hat, and straw is a nice light hat for those hot summer days.

Some words on hat etiquette

Like a lot of things, wearing a cowboy hat comes with its own set of rules.

Anytime you enter a building, the hat should come off. Lobbies, elevators, and hallways are an exception to this rule. If the occasion is informal, you can put the hat back on, but if it’s a formal one, be sure to keep the hat off.

When sitting down for a meal, the hat should come off unless there’s no safe place to lay the hat. If you’re sitting to eat at a counter, the hat can stay on. If you’re eating outside, the hat should stay on, otherwise, someone might accidentally step on it or spill food on it.

When you set your hat down on a flat surface, you should set put it upside down laying on its crown. This lets the hat air out, and if that’s not a good enough reason, there’s an old superstition that it’s bad luck to lay your hat brim-side down.

Last but not least, never, and I mean never, mess with someone else’s hat. A hat is one of the most personal things a cowboy or cowgirl can own, so messing around with it (or heaven forbid, putting on someone else’s hat without their express consent) is considered very rude.

Usually long-sleeved, made of denim or tartan, and characterized by a stylized yoke on the back, the western shirt is a staple of western wear.

These shirts come in countless styles and colours and are available all over the city.

If you don’t want to shell out for a western shirt, any button down shirt will look good with the rest of your Stampede attire.

A brilliant accessory to add colour to your outfit, a bandana is also one of the simplest and cheapest ways to western-up your look.

Not only will you look the part wearing one of these, but there is a practical application as well. They help keep the sun and dust off your neck and face.

When it comes to western pants, you really can’t beat denim for the look and durability.

Working cowboys need pants that aren’t going to rip halfway through the day, and a pair of tough jeans will do the job just fine.

This also makes it really easy to pick a pair of Stampede pants, because who doesn’t own a pair of jeans?

These bad boys are the biggest investment on this list.

Often handmade, a good pair of cowboy boots can cost upwards of $500. However, like your hat, your boots are an investment for years to come, maybe even a lifetime.

When it comes to boots, they come in many different styles and colours to match your taste and personality.

Now get that outfit together and live it up at the Stampede!