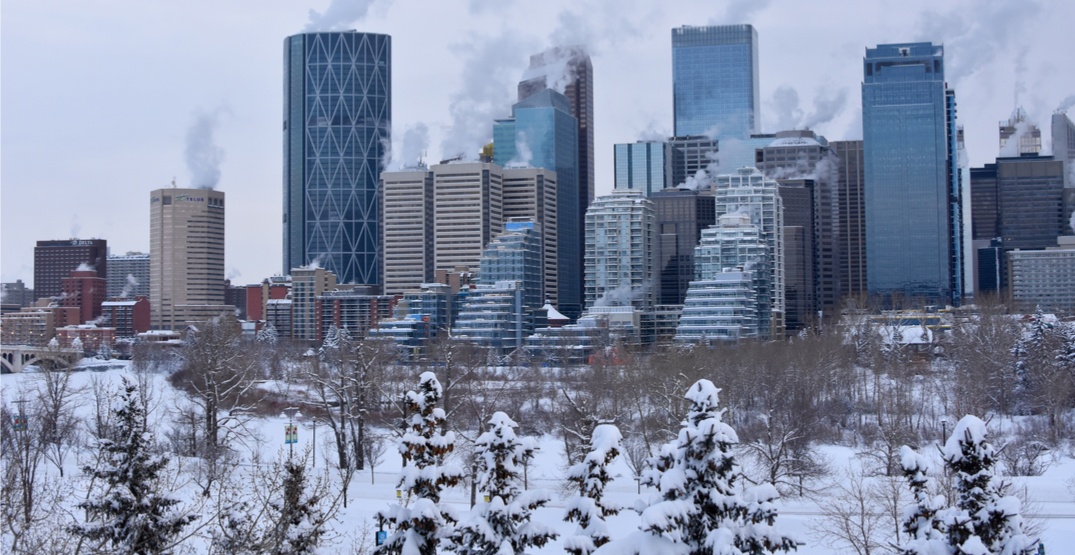 Brace yourself, Calgary. Environment Canada has issued a snowfall warning for the city, as 10 to 20 cm of snow is expected to fall.

According to the weather agency, a strong low pressure system off the Pacific will begin bringing snow to parts of western Alberta this morning, and as the system moves slowly eastward, it will spread snow to the region.

By the time it stops falling on Sunday, between 10 and 20 cm of new snow is expected.

“Rapidly accumulating snow could make travel difficult over some locations. There may be a significant impact on rush hour traffic in urban areas,” they also warn.

Snow will be heavy at times throughout the evening, and again on Friday morning. As for when it all ends, it looks like the sun will be back by Monday.

Be sure to drive safe out there, and bundle up before heading out.