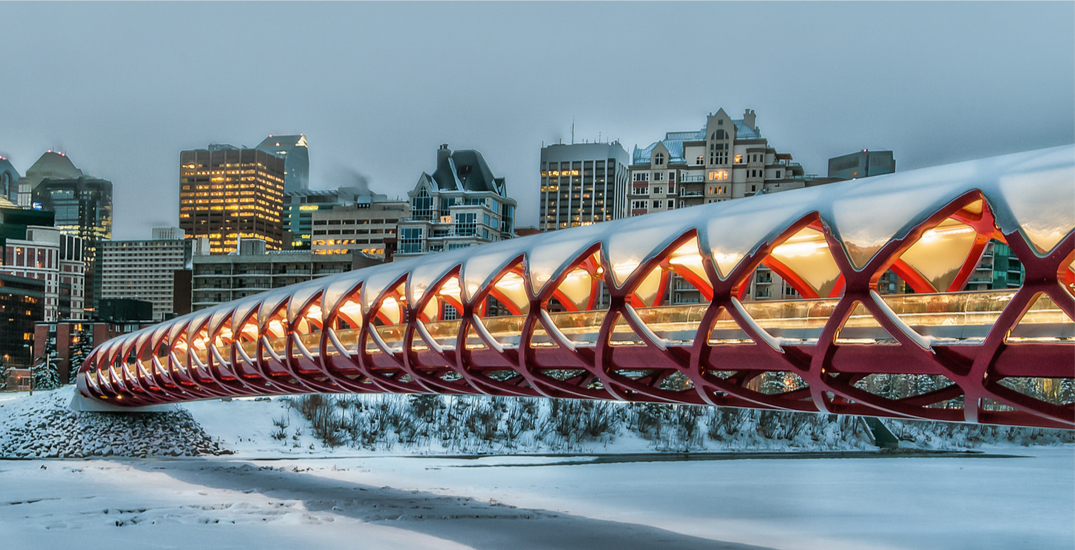 We’d say Calgary has been pretty lucky with fall weather so far this year, but it looks like that’s about to change with some snow and near-freezing temperatures coming our way later this week.

According to The Weather Network, Calgary could get a few flurries starting on Thursday, with a high of 10ºC. Temperatures drop down to 1ºC overnight, and Friday is forecast to be snowy, with a high of 2ºC that feels more like -2ºC.

“Forecasters are keeping a close eye on the potential for significant snow across parts of southern Alberta late week, as a stream of Pacific moistures spills towards the Rockies,” says The Weather Network. “Snowfall amounts will be highly dependent on temperatures for major cities like Calgary, with the chance for some overachieve potential as they hover right around the freezing mark.” 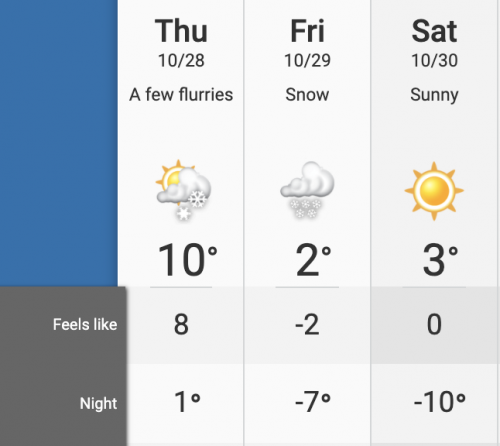 The city could see one to three centimetres of snow throughout Friday, and -7ºC overnight before Saturday dawns sunny. Despite the sunshine, the high is only expected to reach 3ºC, feeling like 0ºC, on the first day of the weekend.

“By the weekend, widespread cooler temperatures will span the Prairies, with daytime highs struggling to climb over the freezing mark,” continues The Weather Network. “While not unusual for this time of year, this will be, by far, the coldest weather of the season to date.”

Those chilly temperatures continue into Sunday and next week, with sunshine and 2ºC predicted for Halloween on October 31. 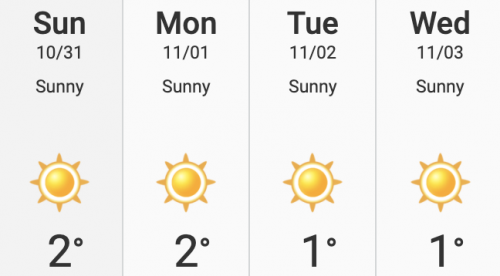 Early next week, Calgary will see more sunshine, although temperatures aren’t warming up, with a high of 2ºC forecast for Monday and 1ºC on Tuesday — but at least there isn’t any more snow predicted.

We’re not complaining, though: it’s nearly the end of October, and, surprisingly, Calgary hasn’t received any significant snowfall yet, so we’ll take it.

Pull out those winter jackets and toques, and maybe figure out a way to snow-proof your Halloween costume because this weekend is going to be a cold one.