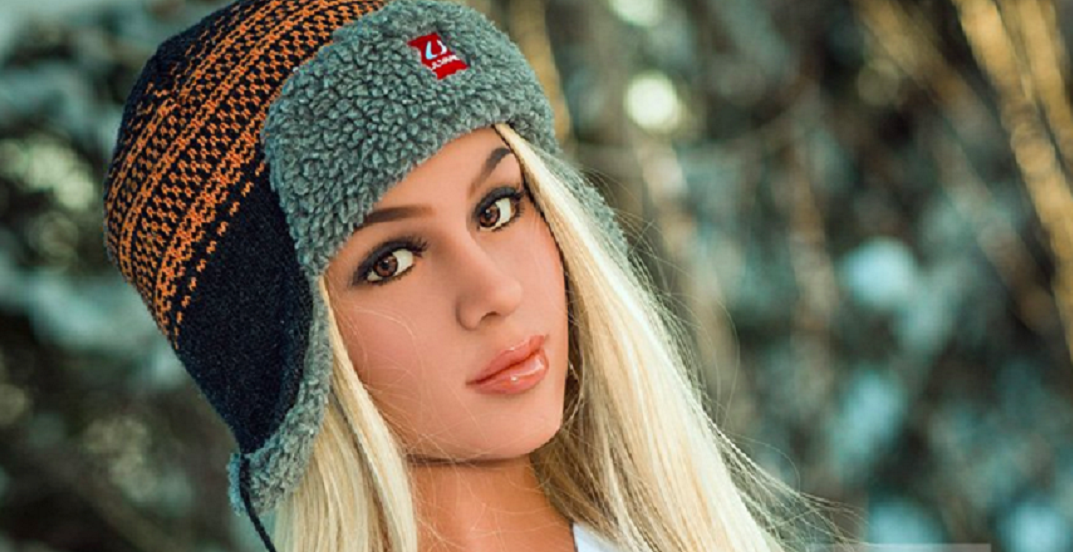 A business offering a sex doll rental service has opened in Alberta, providing discrete companionship either by the hour or for the entire night.

Natrl Dolls launched in November 2019 to service the Calgary area, though co-owner Connor (who asked that we identify him only by his first name) stated that the business is actually headquartered outside the city.

“We reached out to the City of Calgary right before we launched and said ‘this is our business,’ and we were completely honest with them,” Connor said in a phone interview.

“We said it’s door to door, it’s hygienic, we’re not going to operate right within the city, we actually operate outside of the city, that’s where we have a warehouse where we clean [the dolls] and operate out of.”

He said that the city worker told him that he and his business partner, both oil and gas workers who still maintain their day jobs in the industry, were in the clear.

“I called the city and, after talking to them back and forth for a couple weeks on and off, they said ‘you don’t need a permit, there’s nothing for this, you guys aren’t operating within the city so you don’t need a business permit for that reason, so have at ‘er!'”

Still, Connor noted in the interview that he made sure to write down the relevant bylaw and name of the person he had been in contact with, just in case.

The two owners landed on the idea after noticing that the oil and gas industry, in Connor’s words, “isn’t exactly thriving.” He said that it took him a moment to get on-board after his business partner pitched the idea, but was eventually won over by the success that similar services have seen in Europe and Japan.

“I hummed and hawed over it, thought it was kind of funny, a little bit different, then we thought: ‘Well you know, it’s a new market, it’s developing in Canada and North America, so why don’t we start early and give it a shot?’ It’s not that expensive to get into we thought, so we went for it — and now we’re here.”

Instead of operating as a brick and mortar sex doll brothel like other Canadian businesses have recently found themselves in hot water for, Natrl Dolls provides a doll delivery service, allowing customers to rent the dolls for hours or nights at a time.

According to the company’s website, companionship with the dolls starts at $149 an hour, a $180 “special” for three hours, or $249 for the night.

Each reservation requires a $100 fully-refundable security deposit and, for an additional $25, you can “keep her panties sprayed with love juice.”

Connor said that they adjusted their prices shortly after launch and have seen steady business since November.

The company advertises on back page sites alongside escort services, and Connor said that the alternative provided by Natrl Dolls has a number of advantages.

“The unfortunate things with prostitution is that a lot of people are being trafficked, and it’s not a safe industry in general, it’s not a hygienic industry by any means — but that’s the benefit of working with dolls,” Connor said in the interview.

Hydrogen peroxide, rubbing alcohol, antibacterial soap, and hot, high-pressure water, alongside a black light and UV-C light, is used to ensure that all dolls are clean before their next rental, according to Connor, and the website even boasts that the dolls are even “cleaner than any person.”

As for how the company delivers the dolls discretely, the site states that they are packaged in large black boxes and brought into the customer’s door.

Though Connor noted that, on occasion, they still have some curious people asking what’s inside the box.

“Our response, depending on if its a hotel we say catering equipment, and if it’s an apartment building we always say band equipment.”

Natrl Dolls currently has 13 dolls available for rent, including one male doll and one “Elf Fantasy” doll.

The dolls were purchased from a manufacturer in Los Angeles, according to Connor, and generally cost anywhere from $2,500 to $3,000.

The company has plans to expand to Vancouver on January 10.