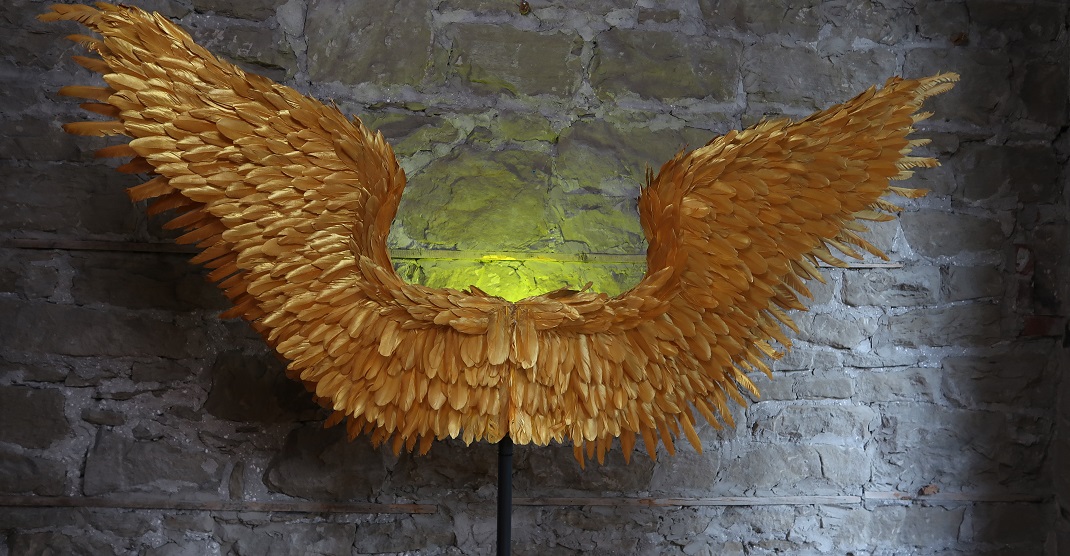 Located just beside the Winners on Stephen Avenue, SNAP Foto Club doesn’t have a flashy storefront window showing what it offers — at least not on the ground floor, that is.

A solitary sandwich board sits out front, with a message for passersby: “CANADA’S ONLY SELFIE STUDIO! COME ON IN!” 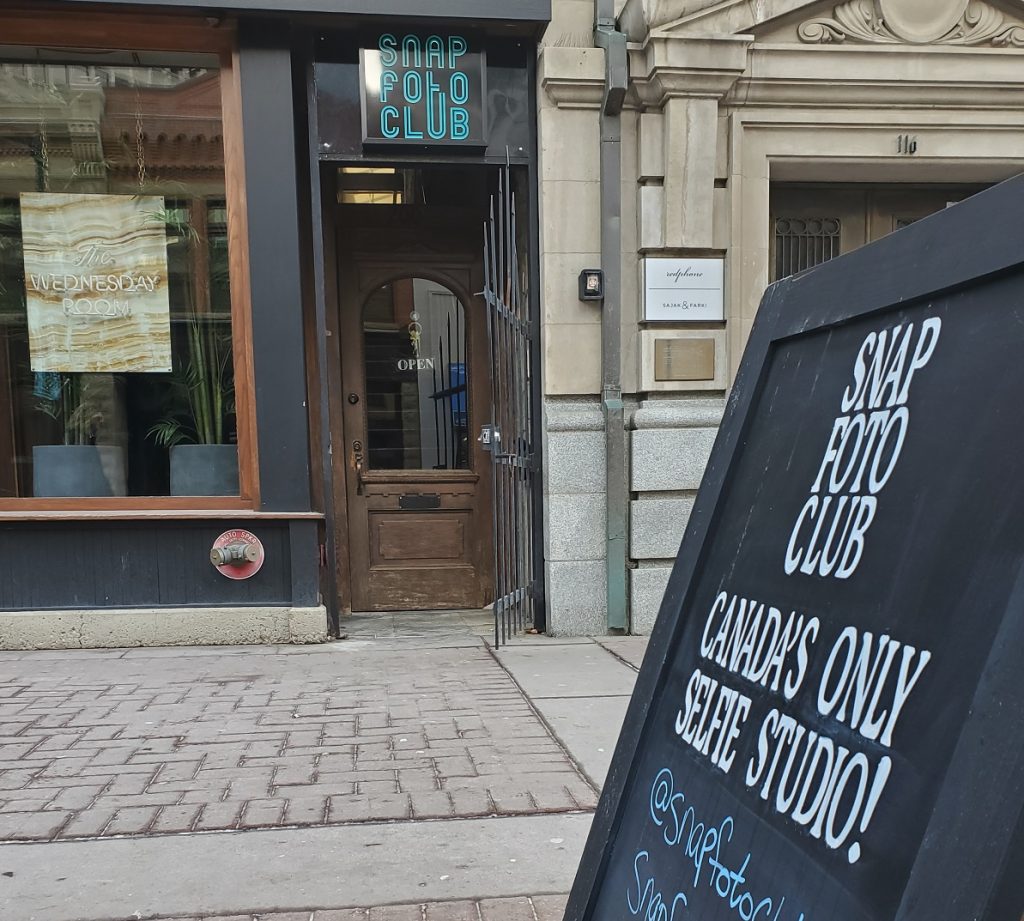 It takes a flight of stairs to enter into the studio proper — the perfect chance to warm up after coming in from the Calgary cold — but once you arrive into the second-floor of the 100+ year old heritage building, you enter into an open studio filled with lights, colour, and some seriously stunning backdrops.

SNAP Foto Club opened their doors on December 19, 2019, as Canada’s first and only permanent selfie studio — offering a space catered specifically for those looking to get the perfect shot for the ‘gram. 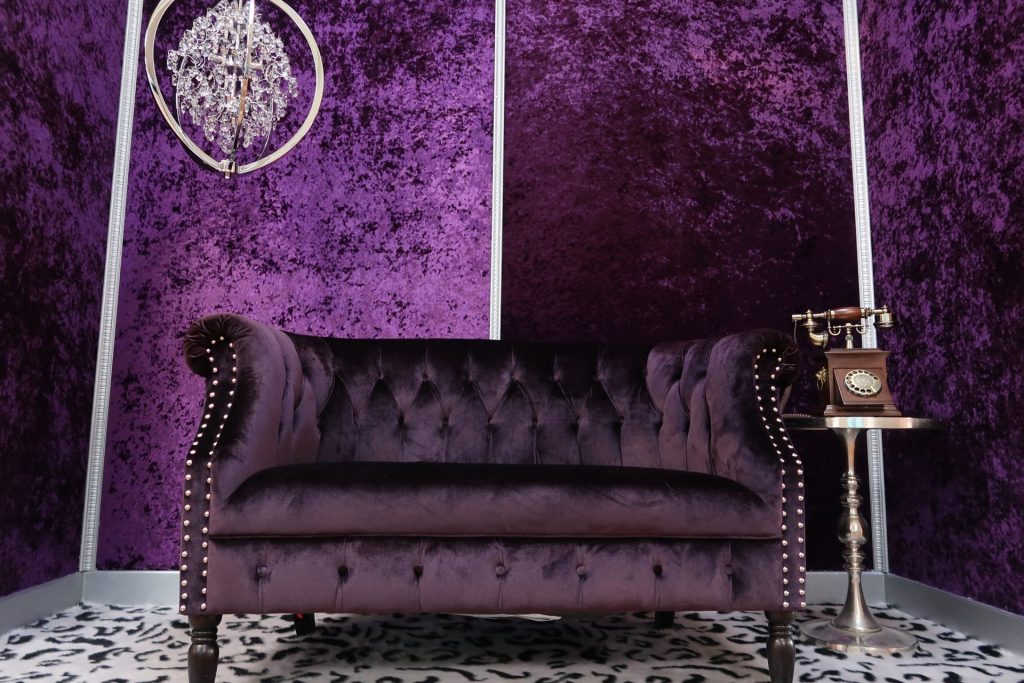 “We wanted to bring something fun and creative to the city, because I feel like the things to do are kind of just restaurants, and that’s about it,” said Rebecca Ollenberger, a professional photographer who, alongside her business partner/husband, Derek Sylwestrzak, created and runs the 4,000-sq-ft studio.

Around 30 unique backdrops have been erected throughout the space, giving casual and professional photographers alike the chance to have some fun with props, lighting, and angles specifically designed to create the ideal post.

“We wanted to create a space that appealed to lots of different people, so we tried to do things from different interest areas,” said Ollenberger in an interview with Daily Hive Calgary.

“We didn’t want it to just cater to a 16-year-old girl; we wanted lots of different people to be able to use it.”

From fluffy clouds and royal thrones to a rose petal-filled bathtub, the backdrops throughout the studio differ in size and style, though the professional lighting remains constant throughout.

For $35 a ticket ($25 for students, and $20 for children), visitors will be able to have free rein over the area for an hour, taking selfies, playing with props, or snapping photos of their friends. 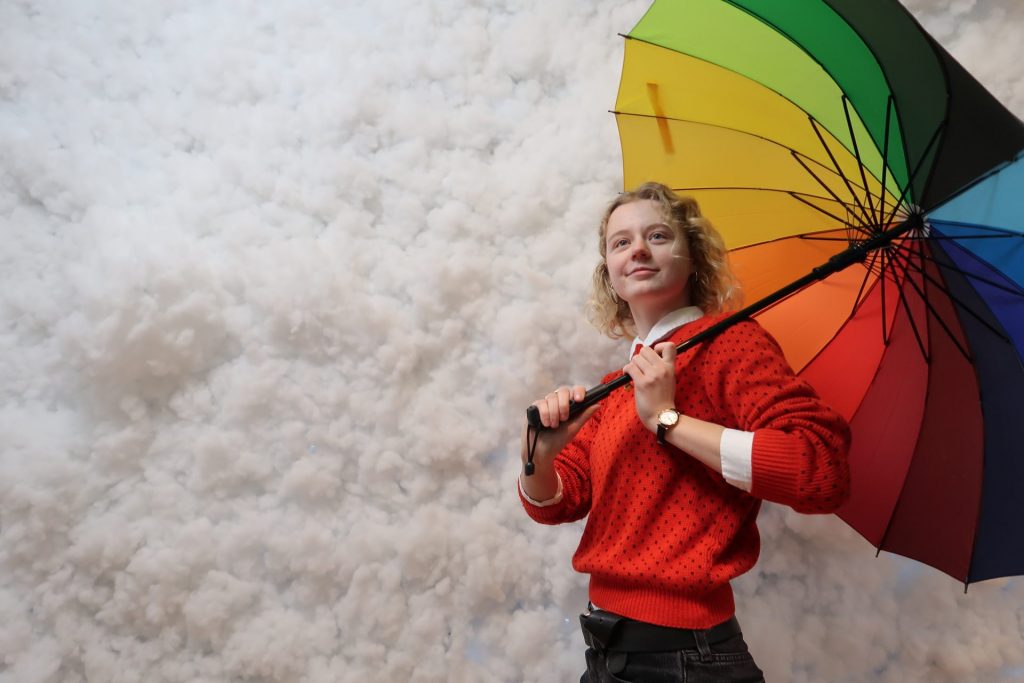 SNAP Foto Club also offers what they’re calling an “Instagram Husband,” which Ollenberger said is a “cheeky term for the person behind the camera.”

Basically, guests will be able to have her, Sylwestrzak, or other professional photographers they plan to hire take photos as they pose throughout the space, which can then be purchased at the end of the visit — starting at $5 a photo and going down in price per photo if purchasing packages. 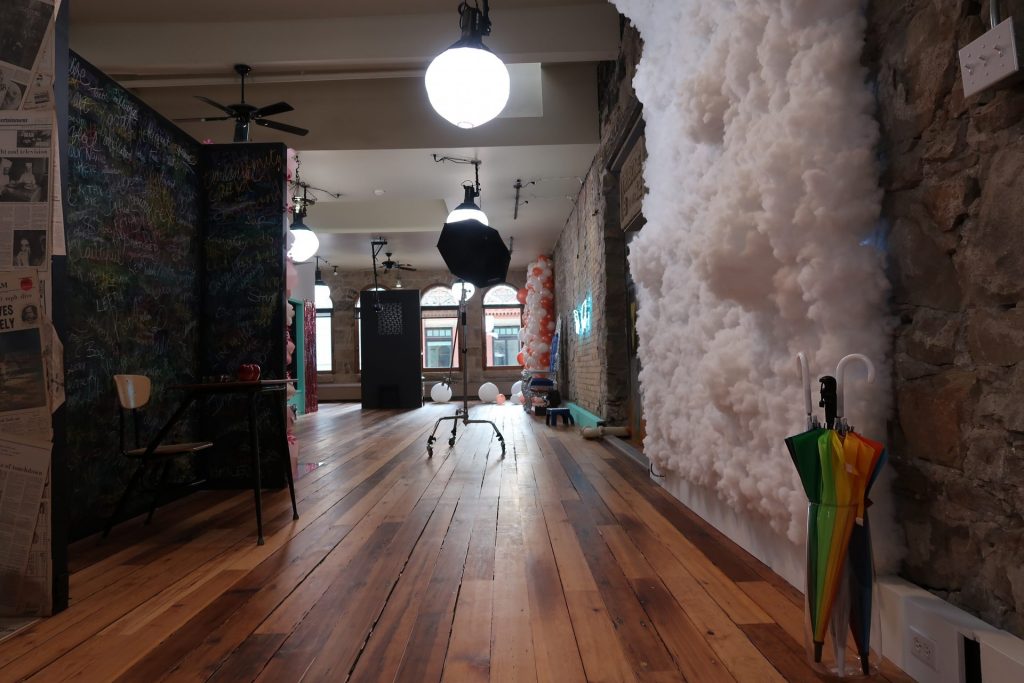 Visitors won’t need to pay anything for the photos to be taken, Ollenberger said, just if they would like the photo emailed to them afterwards. It was also noted that these Instagram Husband photos will be able to use some effects that would otherwise not be allowed, such as fog machines, bubbles, and specific lighting, to make the photos extra special.

Still, DSLRs and $1,000 camera lenses aren’t at all necessary for a visit to SNAP Foto Club — a phone camera will do just fine and is a form of photography that Ollenberger said helped inspire the idea for the space in the first place. 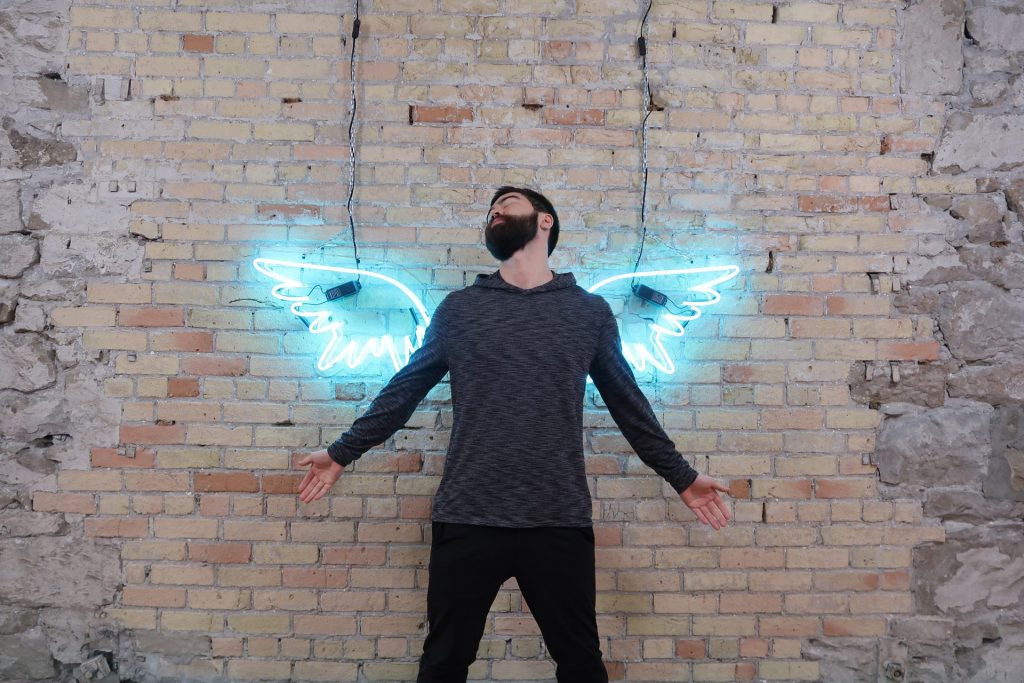 “Everybody has a camera in their pocket, so, [we asked] how do we grow with the industry as opposed to fighting the change?” She said.

“How do we embrace the change and basically give people a space to use their own gear to take their photos?”

Alongside the various backdrops, visitors will also find a cafe serving up lattes and the like (with a liquor license currently pending), washrooms, and a backroom featuring a classic white backdrop, a silhouette screen, and movable lighting. This backroom can be rented out by photographers as well as anyone hoping to throw a semi-private event in the space. 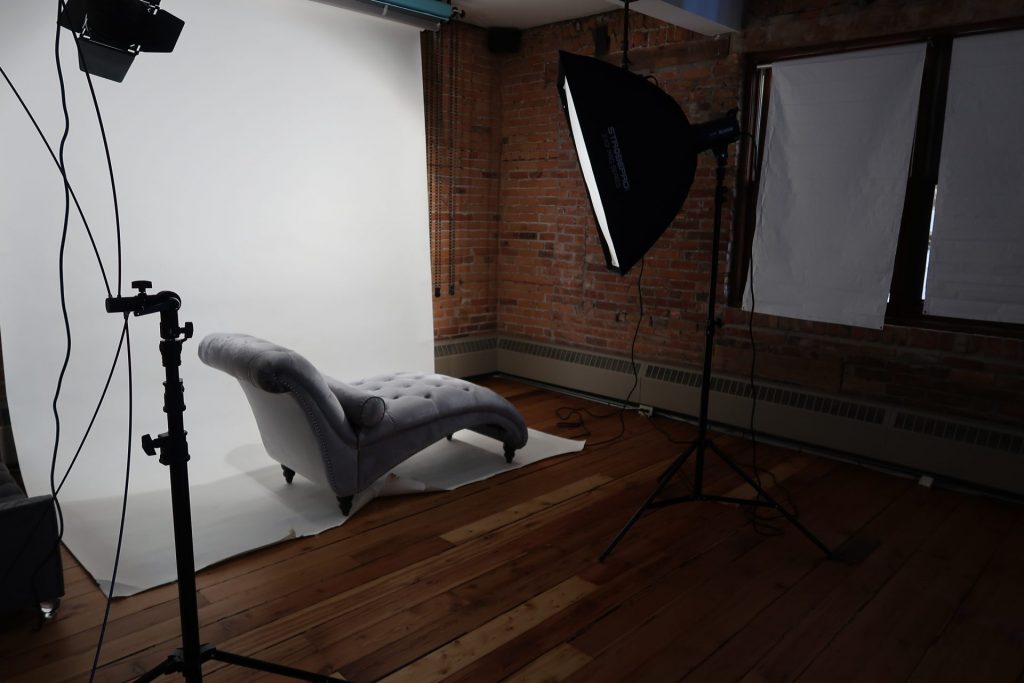 The entire studio only allows a maximum of 30 people in at a time to make sure things aren’t crowded, and all attendees will need to purchase a ticket for access — even if they just plan to take the photos.

“We don’t want to be going around policing who’s in photos. We want this place to be fun and relaxed.”

And while the location may not be changing any time soon, the backdrops will be. Ollenberger said that they have plans to cycle out different themes on a regular basis, as well as double down on seasonal events.

This upcoming February will feature a number of Valentine’s Day-themed backdrops for partners hoping to get the perfect February 14 post, and the studio will, naturally, be leaning into the Wild West cowboy aesthetic when July comes around.

“It’s always going to be new and fresh,” Ollenberger said. 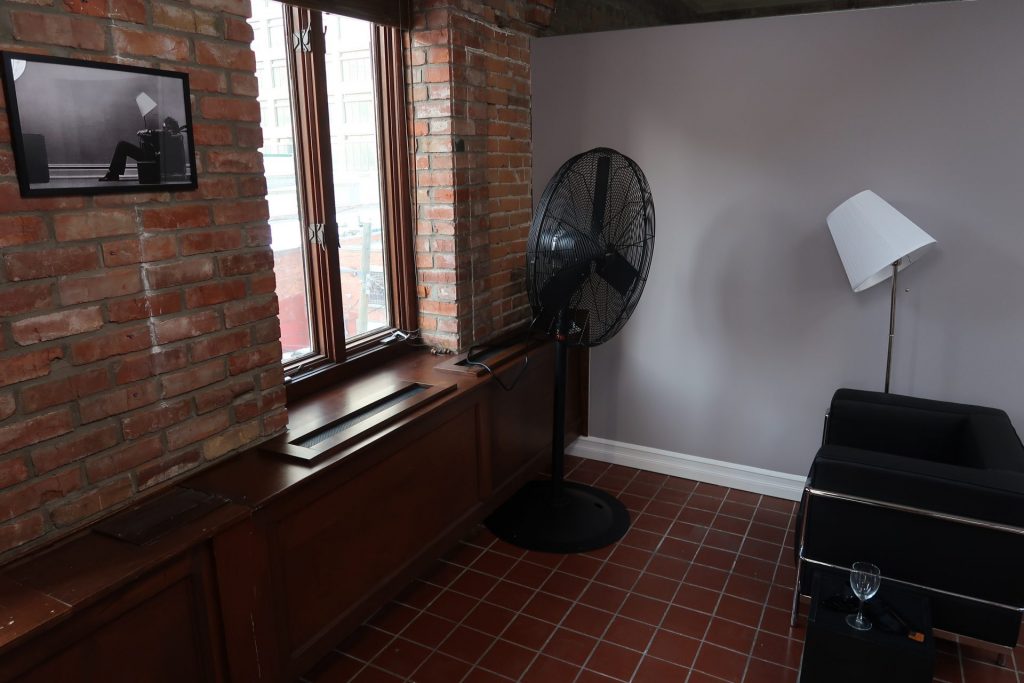 And if the change in backdrop isn’t enough to get you coming back to the space for another shoot, the prospect of taking a photo at the same backdrop but in a different outfit may be a draw as well, seeing as a Beyonce-concert amount of outfit changes are not allowed on-site.

“Because we only have limited spots where people could go and change, we ask people to arrive ready to take their photos, makeup done, hair done, outfit on,” Ollenberger said, “both because you only get an hour in the space so you don’t want to be spending a whole bunch of time changing your outfits, but also because it just makes the flow of the space work so much better if everyone is ready to go.”

Don’t worry if you need a quick touch up, though. The space does have a pair of extremely well-lit mirrors for checking that everything’s looking Instagram-ready — and they make for quite the photo op, as well, if you’re looking to get a little creative. 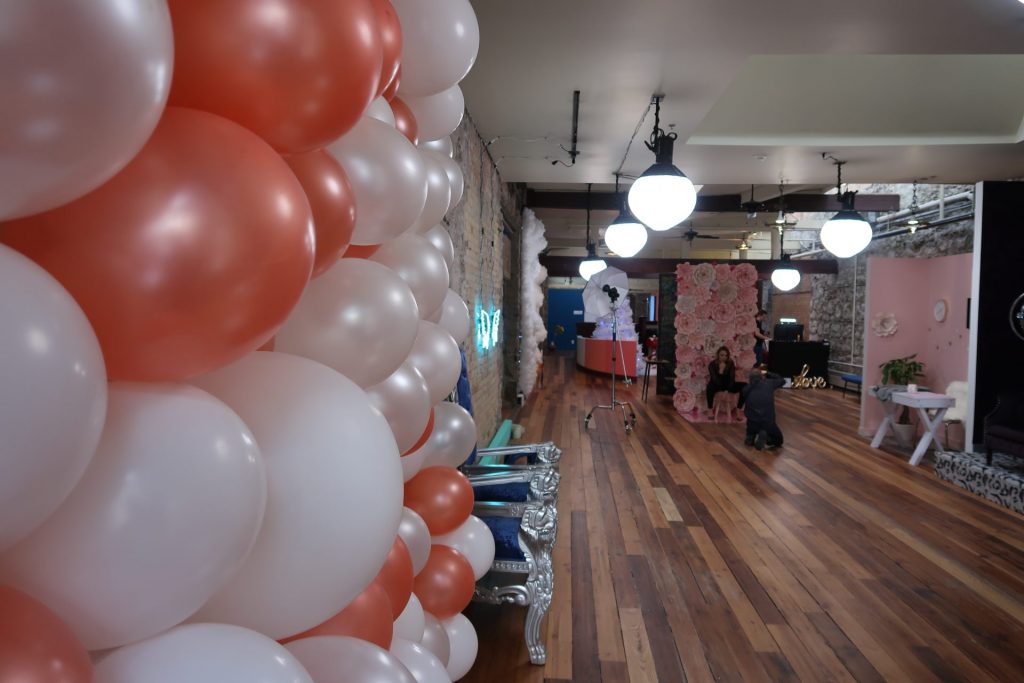 Ollenberger noted that a similar experience may be enjoyed at pop-ups or colourful museums elsewhere in Canada, though she made sure to specify exactly what makes SNAP Foto Club unique.

“Were one of the only ones that has branded itself as a standalone selfie studio,” she said.

SNAP Foto Club can be found at #200 118 8th Avenue SW. Tickets can be purchased online at their website. 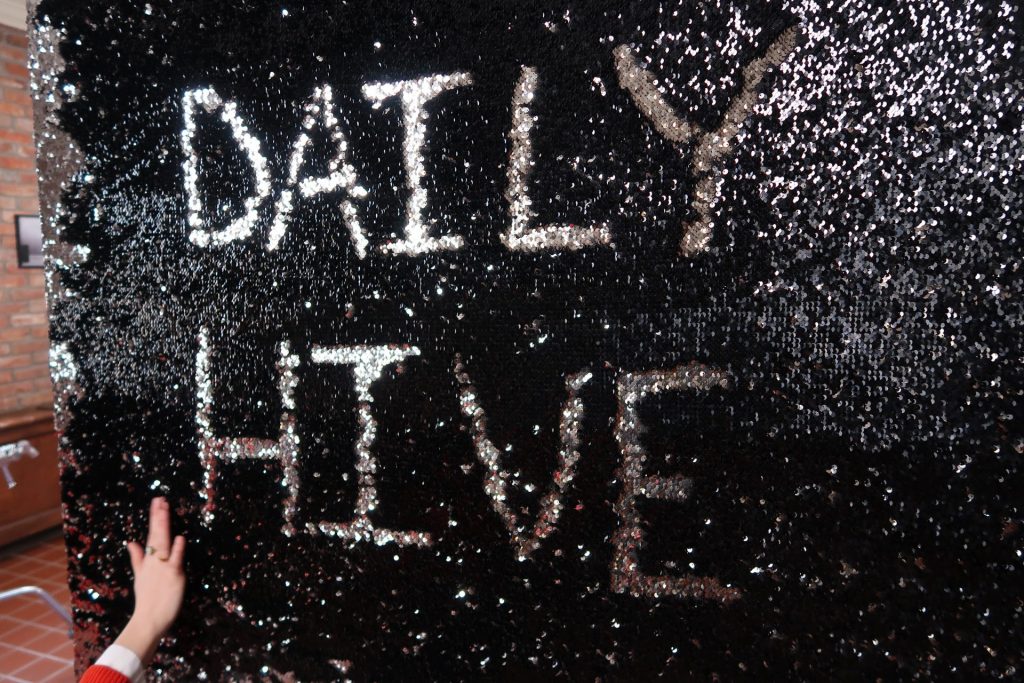