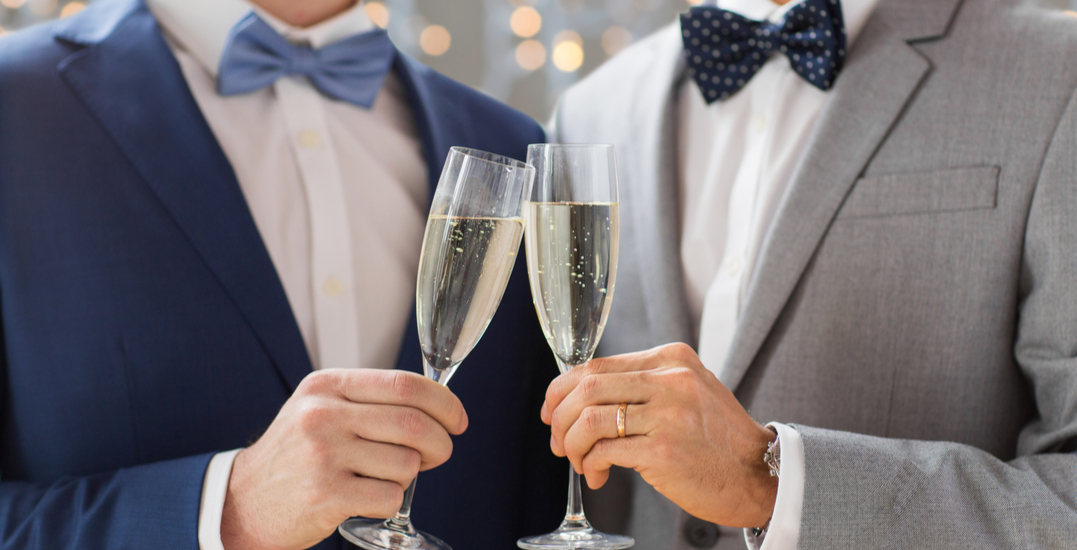 Going to prom in your last year of high school is, undeniably, a milestone moment, but that doesn’t mean things were anywhere close to picture-perfect for everybody.

…Least of all for members of the LGBTQ2S+ community, for whom high school can be a notoriously difficult time.

Whether past proms were an awkward, uncomfortable affair or were simply skipped altogether, Calgary’s Centre for Sexuality is planning to provide a second chance at partying it up — as your most authentic self.

ReProm will be held in Calgary at the end of this month, providing the opportunity for adult members of the LGBTQ2S+ community (and allies!) to “re-experience prom on their own terms,” according to a release from the Centre.

“Prom is one of those universal things that almost everyone has celebrated,“ Mike Morrison, local LGBTQ2S+ advocate and blogger, said in the release.

“But for so many older LGTBQ people, you would have never had the chance to go to Prom or even dance with your partner. ReProm gives people a chance to safely re-experience that special moment with someone they love.”

ReProm plans to be a high school prom-themed gala — though being all grown up comes with its own benefits, like signature cocktails, a more sophisticated vibe, and some well-refined dance moves.

“We are so excited to bring Calgarians together to support the good work at the Centre for Sexuality,” said Pam Krause, President and CEO of the Centre, in the release.

“We have been supporting the community for over 47 years, working to teach, train, and advocate for LGBTQ+ inclusion, healthy relationships, and sexual well-being.”

Suitable dress from ReProm will range from retro to modern, glitzy to chill; “whatever best expresses your individual self,” the release states.

The event will be held at the Hyatt Regency Imperial Ballroom on Saturday, February 29, and tickets are now available.

Proceeds will go towards the programs and services offered by the Centre that support the LGBTQ2S+ community.