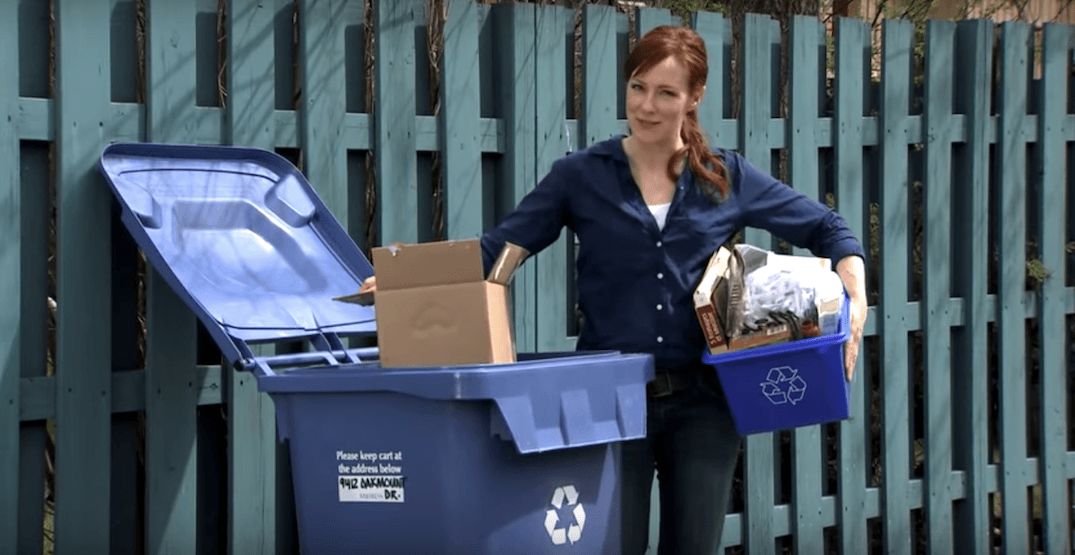 If your blue bin has been patiently waiting outside your place for pickup, but no city truck has come along, you may be stuck waiting until next week before getting rid of all that recycling.

According to a release from the City of Calgary, a small fire in the recycling sorting facility has caused a delay in the pick-up for some Calgary communities, and those residents are now being asked to hold onto their recycling until the next pick-up day on July 4.

The fire began at around 9:30 am on Wednesday at the 46th Street SE facility. All personnel were evacuated after the alarms went off, and no injuries were reported. The fire was quickly contained by the Calgary Fire Department, though the cause of the fire is still under investigation.

“We’re happy to report that all employees are safe following this morning’s fire,” said Sharon Howland, Leader of Program Management at Waste of Recycling Services for The City of Calgary, in the release.

“We apologize for any disruptions in Blue Cart service today and are asking citizens to roll your cart back in and store your recyclables until your next scheduled collection day on Wednesday, July 4.”

Anyone who simply cannot wait a week before the recycling trucks come around again has the option to take their recyclables to a Community Recycling Depot, though keep in mind that these facilities may reach full capacity due to the number of people with excess recycling.

The release also warns that the fire may have been avoided if Calgarians were more conscious of what they’re putting into their bins.

“Previous fires that have occurred at this facility have been the result of improper disposal of hazardous materials,” said Howland in the release.

“Although the cause of this particular fire is still under investigation, we would like to remind Calgarians not to put these materials in their blue carts but to use one of the hazardous waste drop-off locations around the city to safely and properly dispose of materials, such as propane tanks, car batteries, and other hazardous materials.”