The biggest deal to be found in Calgary this holiday season may be too big to fit under the tree. That’s the real estate bargains available for purchase and rent on the market right now, with discounts and perks hoping to keep home-owners in the black.

With the tumbling price of oil and Canadian Dollar, there isn’t much stopping home values in Calgary from sinking, but agents and building managers are still hoping to attract buyers and renters through some unorthodox methods – like free rent, free parking, “all-inclusive” packages and other creative ideas.

On the buying front, some luxury homes are coming equipped with such perks as a $350,000 credit toward the purchase of a helicopter. If flying to work every day isn’t in the cards, another homeowner is offering a free Tesla with their house.

The house at 80 Bay View Drive SW is on the market for $2.3 million and features 3,727 square-feet of luxury living backing onto the Glenmore Reservoir and the Yacht Club. Rather than lowering the price to entice buyers, the seller Paramount Projects decided to throw in a free Tesla. 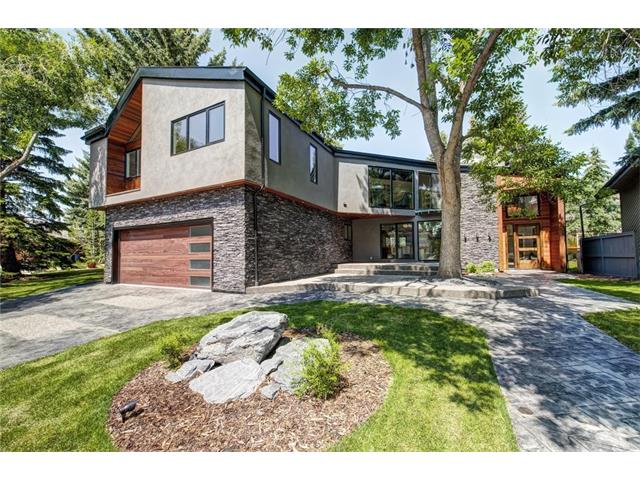 Another high-end home at 611 Sifton Boulevard in Elbow Park, built in 2012, is on the market for $3.7 million, half of what the seller says it cost to build the home. According to the listing, the price of the land and construction together cost $6.5 million, and the house was previously listed in 2015 for almost $7 million. 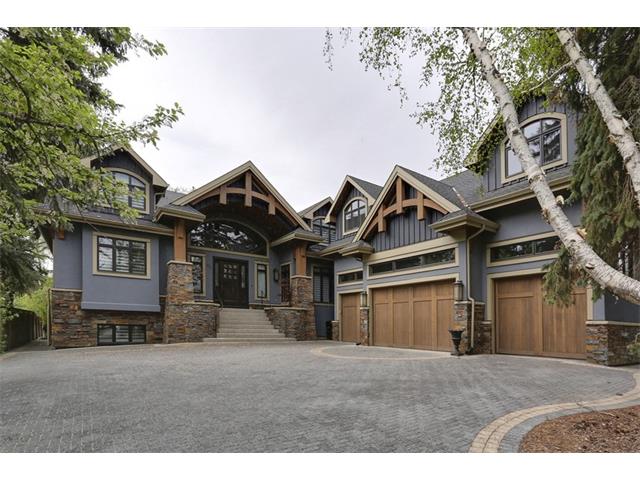 Sifton Boulevard home for sale at half price, Image: Remax

And the house with the chopper – 264035 Range Road 293 in Rural Rockyview County – is being marketed as only five minutes from Downtown Calgary by helicopter, which may be more affordable than you think. Many used choppers can be purchased for around $300,000 USD, and with the seller’s $350,000 credit, that makes the helicopter only the price of a nice car.

On the rental side of things, high vacancy rates are making it harder and harder to find a tenant. The rental vacancy rates in Calgary almost quadrupled to 5.3% in October, up from 1.4% the year before, making competition for a rental agreement fierce.

To combat the splurge in supply, landlords and building managers are now offering bonus like a free month or two of rent when signing a lease.

One apartment on 4A Street SW is offering one month of free rent, plus a $200 discount per month for the next four months with a 12-month lease. The First on Tenth building by Timbercreek Communities is also offering a $1,000 VISA gift card, $200 off monthly rent, three months of free parking, and a security deposit of only $500 with a one-bedroom apartment.

Century 21 Bamber agent Keith Crawford, who is currently selling the home on Bay View Drive with the free Telsa, says these incentives are all due to the flailing economy.

“Our market is taking a beating in Calgary, certainly above the half million dollar mark. The house is probably worth $2.5 million, but we’re not even getting showings on it, and we’ve already reduced the price by $250,000.”

He says the idea to give away a car was brought up in jest during a meeting with the seller  when they joked that they may as well give away a Ferrari instead of lowering the price again. They ended up settling on a $110,000 Tesla to match the green and sustainability-minded home.

Crawford says he’s not the only one thinking this way: a lot of sellers are giving away golf memberships and fully-furnished homes, something he says is not a foreign concept to potential American buyers.

“Americans have been seeing these sorts of things for years, so when they come up here, they sort of expect it. It’s more of a transient market right now, people moving to Calgary from other places, like Texas, and Americans are used to purchasing a fully-furnished home.”

But whether or not these incentives work is still up in the air. While Crawford says he has certainly received a lot of advertising out of the Tesla perk, it’s not making the house move off the market any faster.

“Have we had offers on the house since we started offering the Tesla? No we have not.”

Regardless of how this pans out for Crawford, he told us the seller, Paramount Projects, will soon be offering a free car with every home sale on a permanent basis, whether the market is good or not.

“The real estate world is changing. If there are nine homes on the market for $700,000 in this area, it’s not a bad way to induce a client to buy this property.”