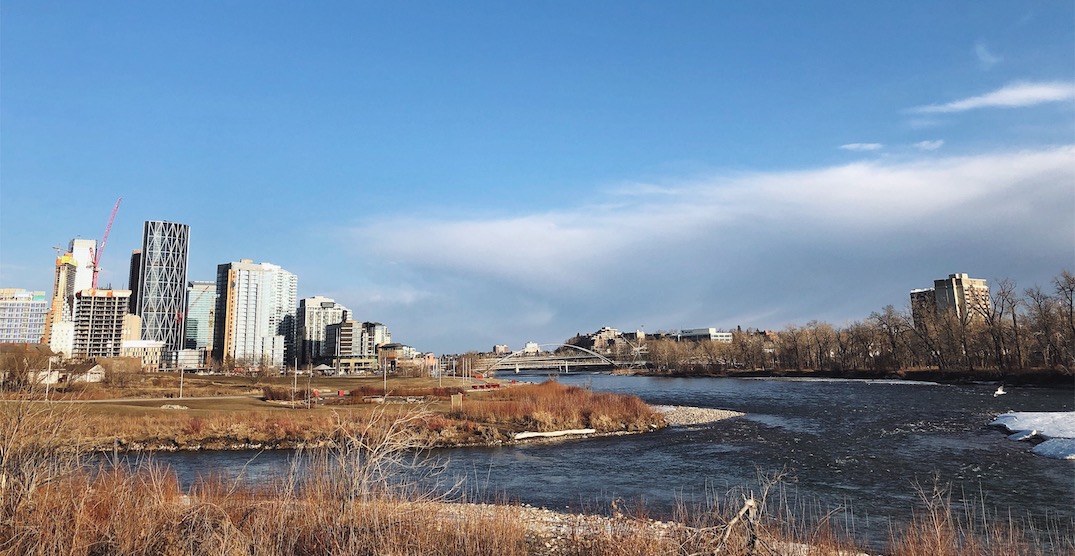 Calgary has been soaking up the sun these past few weeks, and though it may be great for our Vitamin D stores, it could actually cause some serious damage down the line.

The same sun that is giving you that perfect, golden tan will also be melting the piles of snow that have accumulated over the winter, turning them into water, and turning that water into a devastating force.

Calgary has, thankfully, been hard at work to protect the city from rising river levels.

It has been five years since the Alberta floods of 2013, and since then the city has invested $150 million in projects that reduce the flood risk by one-third, according to a release.

“We have also strengthened our understanding of the flow of the Bow and Elbow Rivers, how rivers change, flood modeling, forecasting, preparedness, and response,” said Frank Frigo, leader of Watershed Analysis for the City of Calgary, in the release.

“While we are working to reduce our risk of river flood damage, we cannot eliminate the risk of flooding entirely.”

The city has made upgrades to the Glenmore Dam, created community flood barriers, and assisted in the installation of upstream mitigation systems, but the release states that Calgary citizens themselves have a large part to play.

Calgarians can check online to see if their property is at risk of flood damage, and to find information on how to protect their homes in the event of a flood.

Both events start at 7 pm and are free to attend.