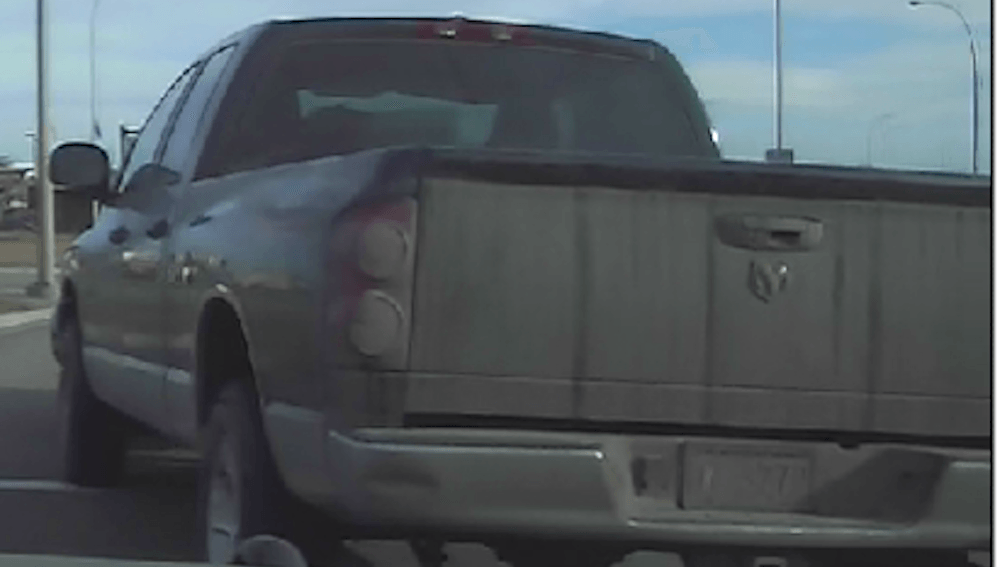 UPDATE: The driver of a vehicle that fled from police was located near Edmonton.

The Calgary Police Service has made a public plea to help find a truck last seen in Mackenzie Towne on Monday, November 14.

Police say around 11 am on Monday, a patrol officer in a marked police vehicle spotted a truck stopped at the curb facing west in the inside lane of the McKenzie Towne roundabout. 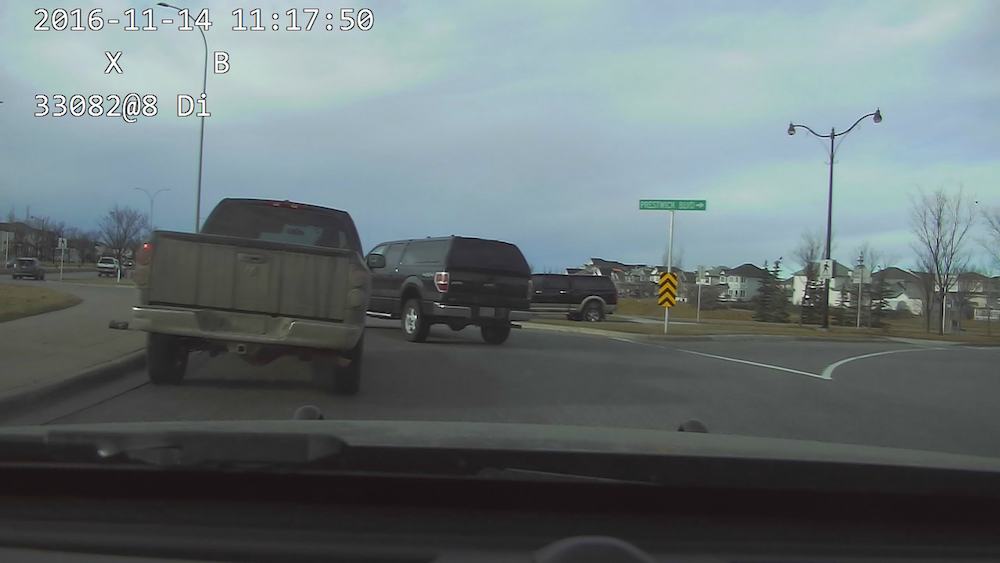 The officer pulled over to offer his assistance, activating his lights to alert traffic in the area, and when he approached the vehicle he noticed a young girl, approximately 10 to 13 years old, in the front passenger seat who appeared visibly upset.

When the officer told female driver to roll down her window, she took off travelling westbound on Mackenzie Boulevard then onto Deerfoot north, before taking the off ramp for 130 Avenue where she struck a car waiting for a pedestrian to cross. She fled the scene heading eastbound on 130 Avenue SE. 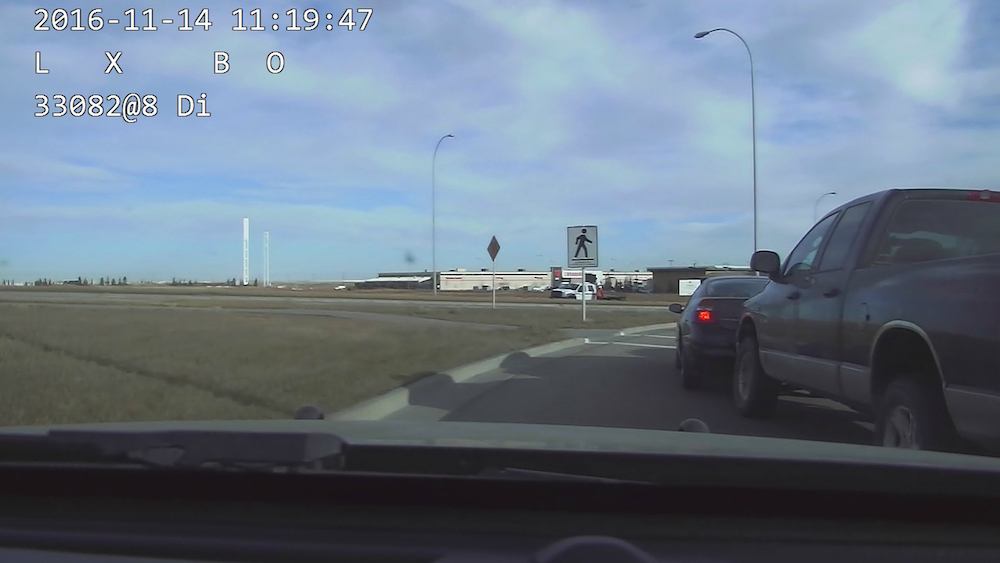 The truck is a dirty blue Dodge Ram with a BC license plate. Police believe the first letter in the license plate is a D, and the truck will have damage to it’s front-end from the collision.
The driver is described as a white, 35 to 40 year old female with long dirty blonde hair and a slender build.

Anyone who may have information about this incident, the whereabouts of the truck, or the identity of the passengers, is asked to call police at 403-266-1234 or Crime Stoppers anonymously by calling 1-800-222-8477, texting tttTIPS to 267463, or by going online at www.calgarycrimestoppers.org. Please reference the case number 16621686.