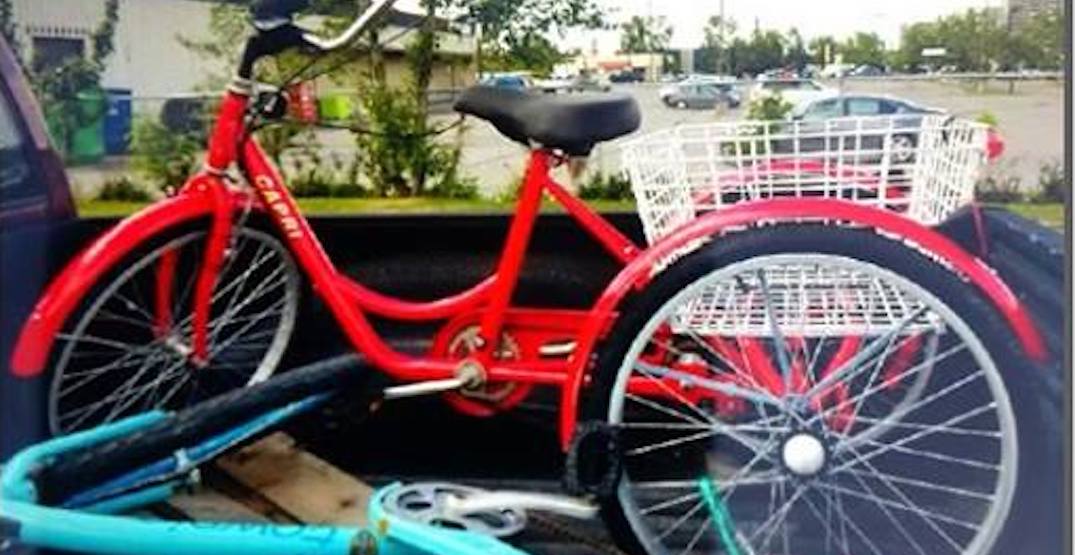 A red tricycle was stolen on Friday.

The trike in question, a Capri model valued at $800, was stolen from the back of a Dodge Ram truck near the intersection of 33rd Street and 12th Avenue NE at 3:56 pm on June 8.

The Calgary Police Service is trying to track down the vehicle, and, thanks to security camera footage, has descriptions of the two suspects believed to be responsible.

The first suspect, who had been driving a stolen Jeep Wagoneer during the theft, is described in the release “as a Caucasian male, medium build, wearing a black baseball hat, black/camouflage t-shirt, black shorts, [and] white runners.” 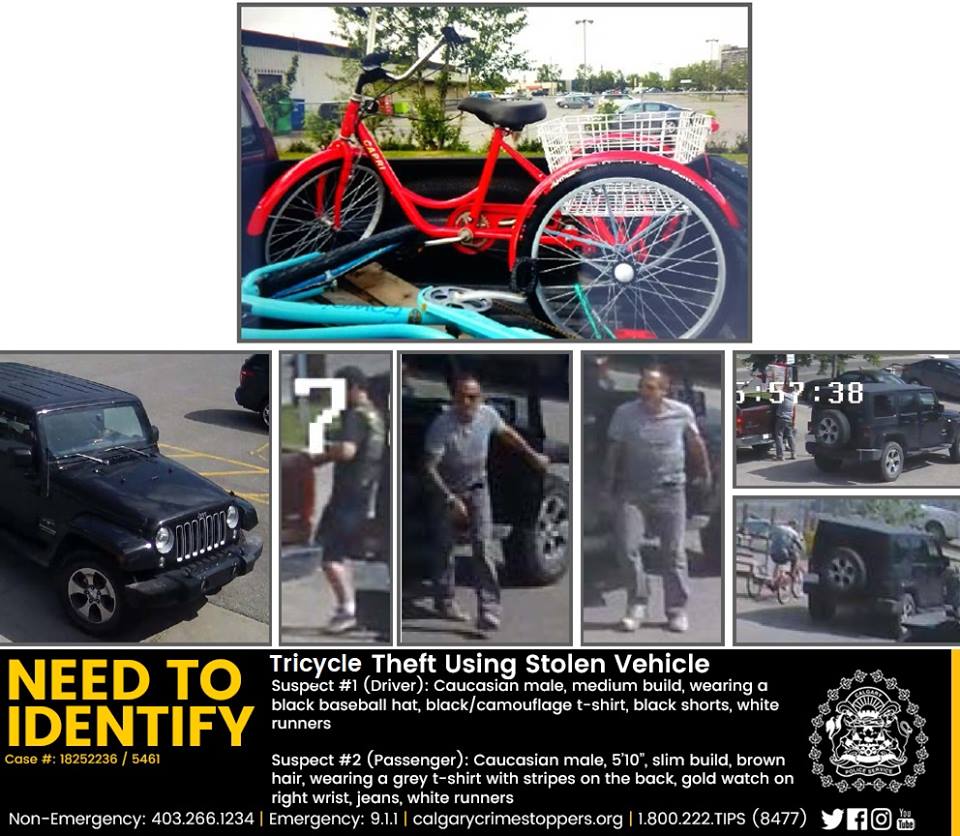 The second suspect is described as “a Caucasian male, 5’10”, slim build, brown hair, wearing a grey t-shirt with stripes on the back, gold watch on his right wrist, jeans, [and] white runners.”

According to the release, both suspects exited their vehicle, approached the Dodge Ram truck, and cut the lock that was securing the red tricycle.

Suspect #2 rode the trike away from the scene while suspect #1 drove the stolen Jeep alongside him, blocking the view of the tricycle from the nearby businesses.

Anyone with information about the identity of the suspects or on the theft is asked to contact Constable Ryan Zam at 403-428-6400, or anonymously through Crime Stoppers by calling 1-800-222-8477, or online through their website.