The Calgary Police Service has released the September 2019 list of locations where photo radar will be enforced.

“In response to community needs identified through statistical analysis, collisions, and citizen concerns, mobile photo radar will be set up on Crowchild Trail, Deerfoot Trail, Glenmore Trail, and MacLeod Trail.”

In addition to the previously mentioned roads, here is a list of communities where the Calgary Police Service will focus their traffic control:

There are also 50 intersection safety cameras set up throughout the city to catch anyone running a red, as seen on the map below. 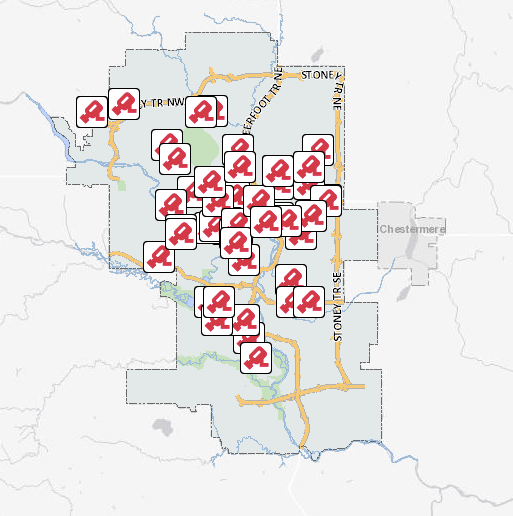 The CPS release states that up to 28 of these locations will also be used to capture vehicles speeding through green and yellow lights, with speeds in excess of 50 km/h putting the driver in front of a judge.

“These drivers not only put themselves in danger, but they also endanger the lives of others,” the release states.

With that, Calgary — you’ve been warned.