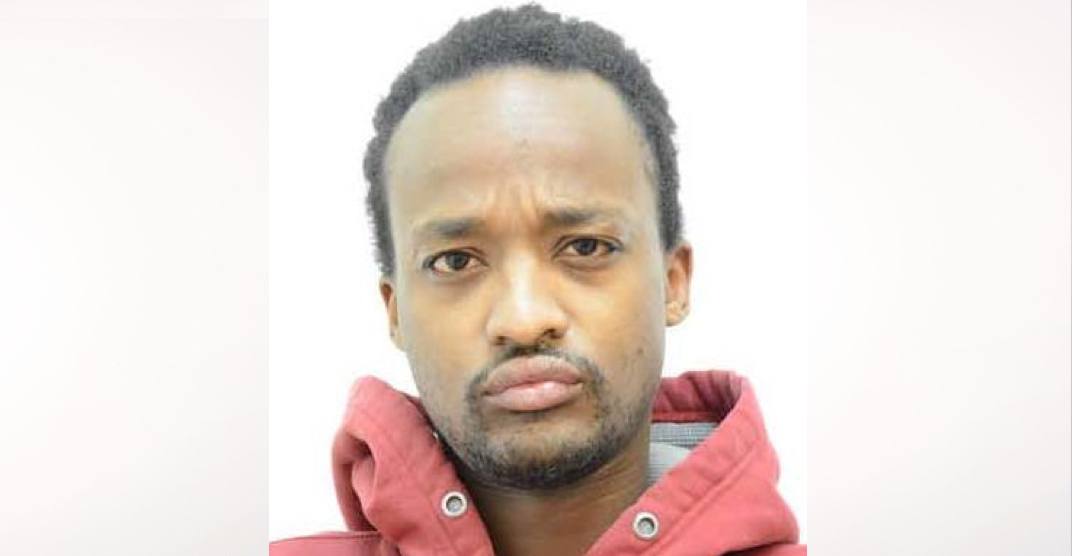 The Calgary Police service is asking for public’s help in finding Andy Dick Ntunaguza who is wanted on several breaches in relation to a violent sex assault.

Ntunaguza is being sought on five counts of breaching a recognizance after it’s alleged he violated a court-imposed 24-hour house arrest on several occasions during his release. His whereabouts remain unknown.

He is described as black, 5’7” tall and 134 pounds with black hair and brown eyes brown eyes.

He was charged in December 2015, following the violent sexual assault of a woman in a parkade in the 200 block of 6 Avenue SW. The woman, who is in her 40s, suffered serious injuries during the assault.

Anyone with information about his whereabouts is asked to contact the non-emergency number at 403-266-1234. You can also contact Crime Stoppers by calling 1-800-222-8477, texting tttTIPS to 274637, or going online to www.calgarycrimestoppers.org.