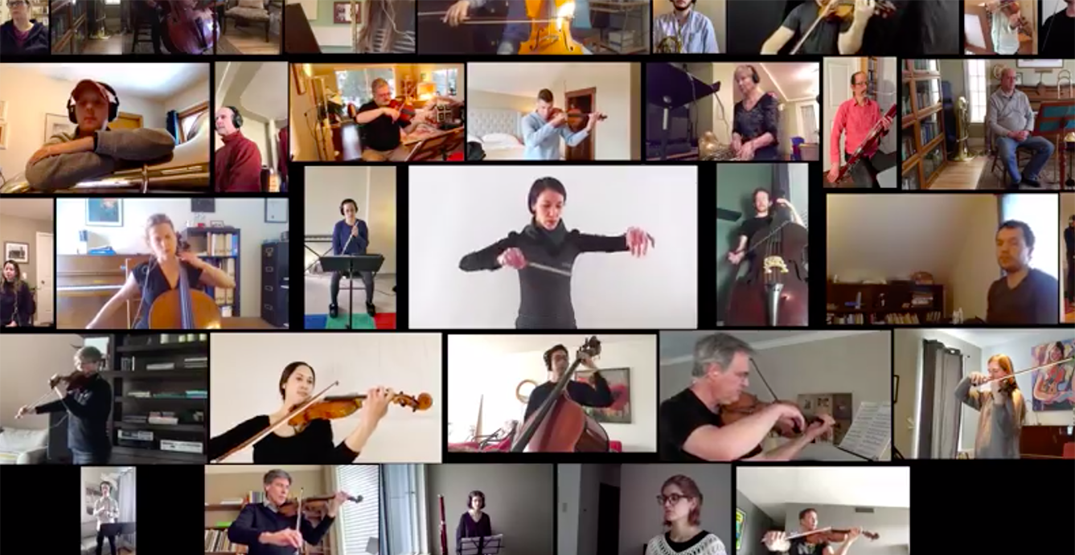 The Calgary Philharmonic Orchestra has been subject to the same cancellations and postponements as the rest of the city, but they’ve got a few tricks up their sleeves to continue to connect with the audience they love and rely on.

They started by reminding patrons of their extensive video library on YouTube, which has nine years of content to browse.

Behind the scenes, featurettes, and selections from live concerts can all be found on the channel for those who are craving their dose of Calgary classical music.

However, a real surprise for music fans can be found on a Facebook page created by some of the local musicians in isolation.

Calgary Philharmonic Musicians went live on March 19, and has had numerous livestreams and uploads since then.

Principal musicians, concertmasters, and more have uploaded videos of their playing routines, what they’re up to in isolation, and various musical performances.

One special treat was the recent video of 32 players from both the CPO and their Edmonton counterparts, playing Elgar’s Nimrod Variation IX from the Enigma Variations, with help from video submissions from all the people involved.

The video was cut together to create a one of a kind “live” musical experience for fans of classical music all over.