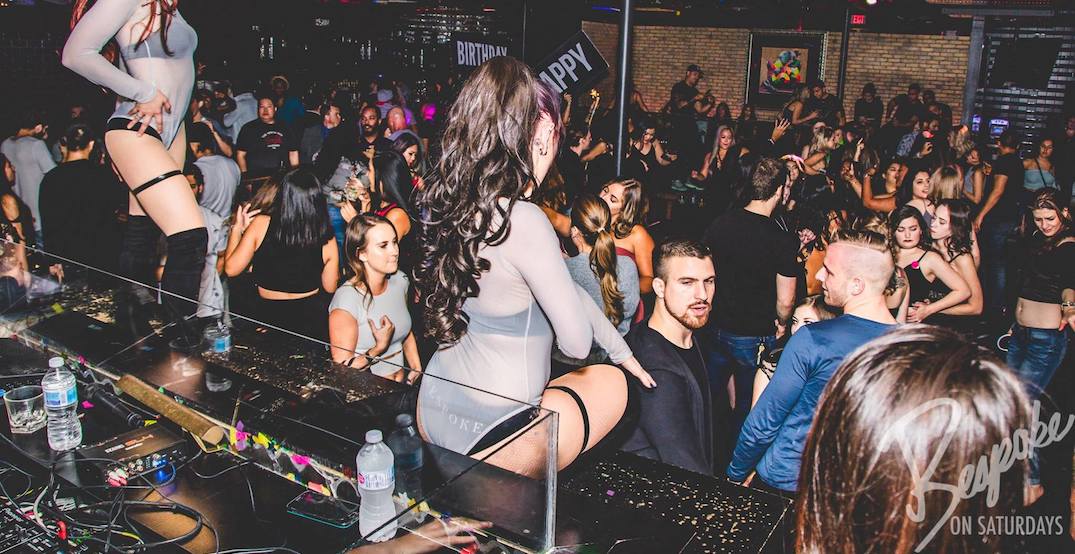 Well, if you were, you had a part to play in the $40,000 fine that was just levelled against the popular venue, all thanks to an overcrowding conviction stemming from the last night of the 2017 Calgary Stampede.

According to a release from the City of Calgary, it had been the fourth overcrowding conviction that Bespoke had received in less than three years — though it wasn’t stated whether or not the other incidences also occurred sometime during the Greatest Outdoor Show on Earth.

“We are pleased with the Court’s decision to convict the business owner and impose a substantial fine. This conviction and fine will remind business owners that it is their responsibility to comply with all requirements of the Alberta Fire Code,” said Paul Frank,  a prosecutor for the city, in a release.

“This case is precedent setting for Safety Codes Act prosecutions in Alberta and significant for public safety, the Calgary Fire Department, and the Public Safety Task Force.”

According to the release, Bespoke Nightclub actually got off relatively easy, as the maximum fine for a first offence is $100,000, and the max for subsequent convictions can carry a fine of up to half a million dollars.

“Our goal when we find violations is to work with the business owner and help the establishment become compliant with the safety codes,” said Robinson in the release.

“However, when an establishment has multiple violations, we need to work with our city and provincial partners to protect the public, patrons, and employees of the establishment from injury or even death.”

Overcrowding can lead to dangerous situations for those inside the venue, including potentially fatal fire safety issues, the release states.

So, the next time you’re standing in line outside Bespoke Nightclub (or any of Calgary’s other venues) and complaining about the wait, just know that there could be up to half a million dollars, and your life, at risk for letting you and your friends in early.