Calgary’s most unique building, currently under construction in the East Village, will be the future home of the National Music Centre of Canada; but its architecture may become the most admired aspect of the space.

The King Edward Hotel, a historical building located on the corner of 9th Avenue SE and 4th Street SE opposite the Stampede grounds, will remain on the lot, enveloped by the National Music Centre’s acoustically-designed facade. The architecture firm Allied Works was selected to construct the new building, and their plans reveal a stunning maze of “resonant vessels” capturing light, sound, and music.

The 160,000 square-foot building, named Studio Bell, will stretch above 4th Street, crossing overhead of the King Eddy Hotel and filling in the remaining lot between the hotel and the Salvation Army building next door.

Nine towers connected by glass make up the uniquely shaped structure, which from a bird’s-eye-view looks similar to a guitar or violin. The walls are adorned in gold-hued terra cotta and contain subtle curves that merge, part, and intertwine, according to Allied Works.

“Entering from the street, the building is filled with the reverberation of voices and music, drawing visitors up into five floors of performance, education and collections spaces,” says the firm.

The sky-bridge will connect artists’ residences, recording studios, the hotel and club with the larger space across the street.

All together, the building will cost roughly $191 million, partially funded through donations. The National Music Centre (NMC) is currently holding a fundraising campaign where donors can purchase an original brick from the King Edward Hotel for $250 to support the NMC.

The space will include a 300-seat performance space, galleries, a music club, recording and broadcast studios, rehearsal spaces, a cafe, and education centre.

According to the architect, Brad Cloepfil, the Studio Bell building is considered one of the most exciting architectural projects occurring in the world right now. It is expected to be completed in summer 2016. 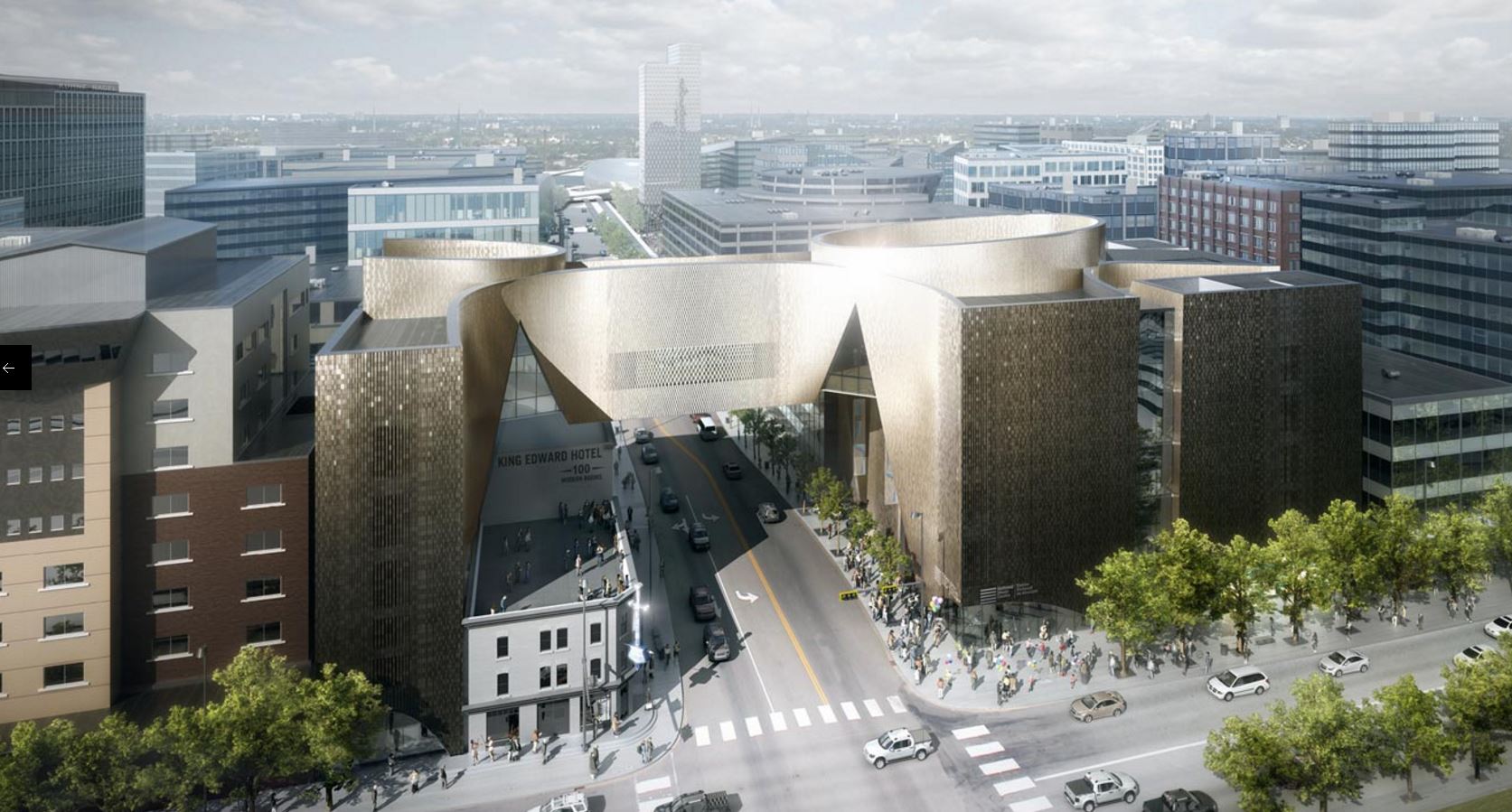 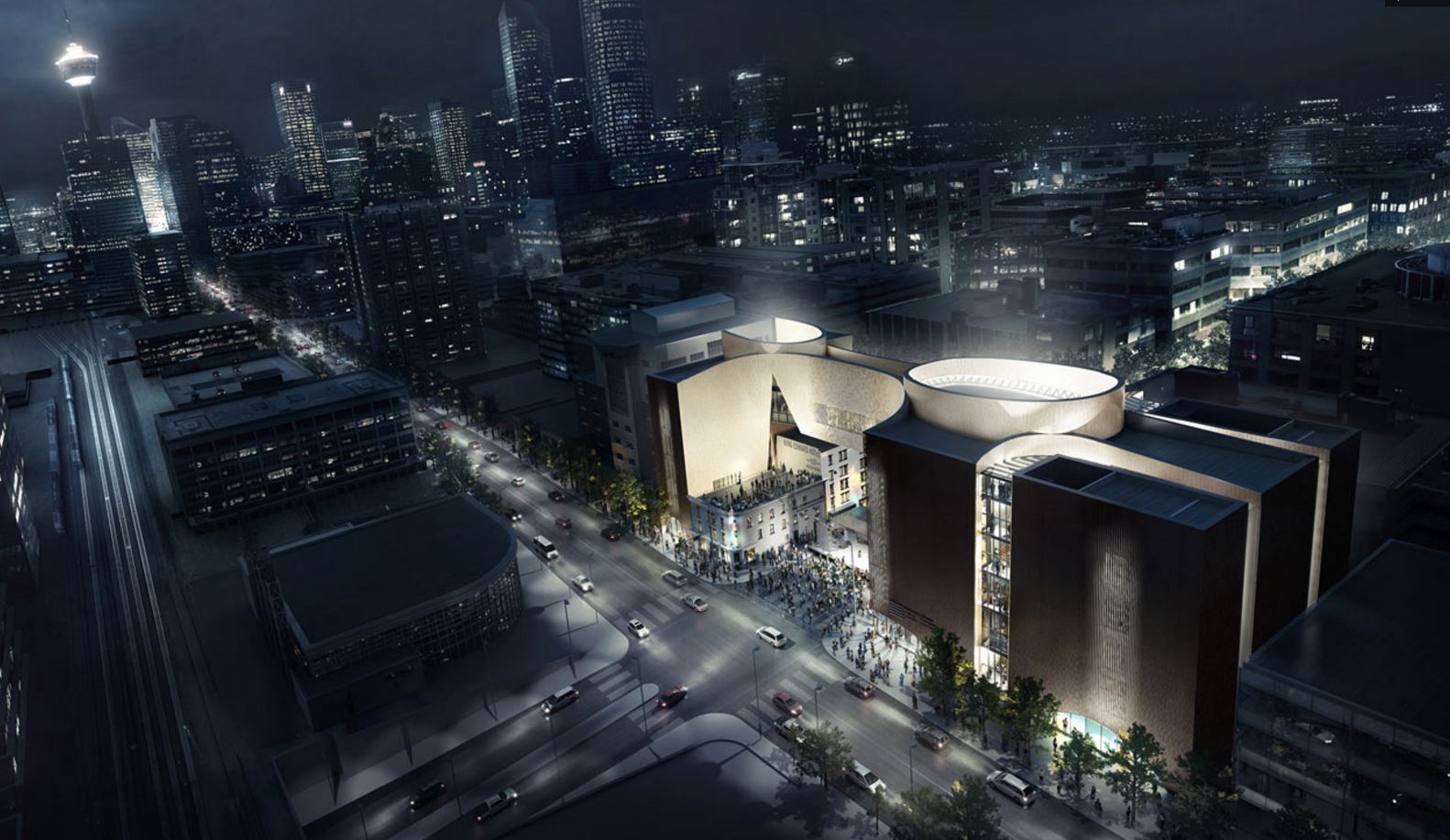 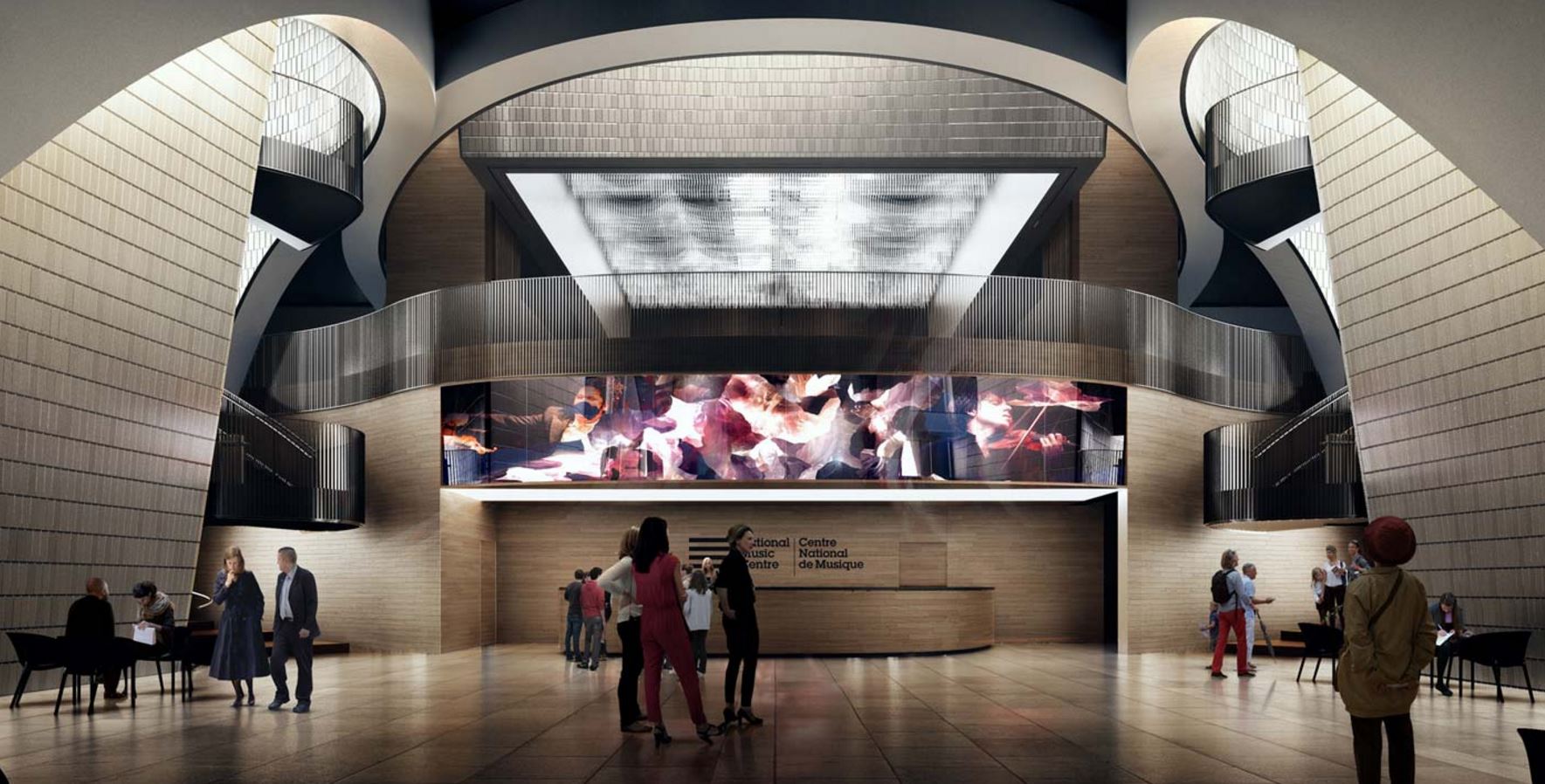 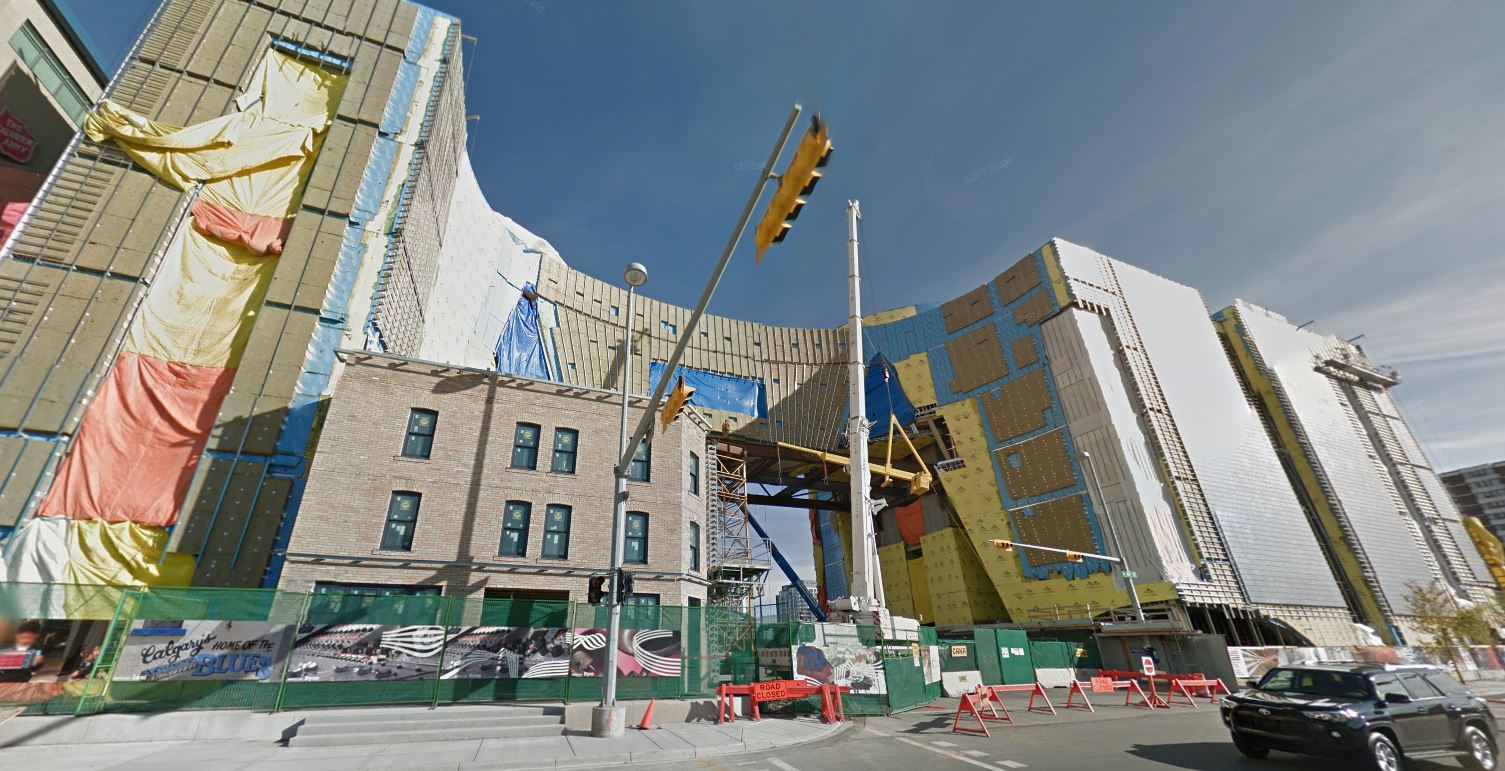