Mayor Naheed Nenshi isn’t shying away from the publicity a Boston cab driver has made for him, rather he’s standing his ground.

On Friday, the Mayor got into a Lyft rideshare driver’s car in Boston. The driver had a recording device set up on his dashboard and was broadcasting a live stream video of his conversation with Mayor Nenshi via Periscope.

Nenshi discussed ridesharing policies and the entrance of Uber into Calgary last year. During the conversation, the Mayor called CEO of Uber a ‘dick’ and talked about how proper regulations needed to be implemented into Uber’s screening process. “They are honestly the worst people in the world. I have never dealt with people like this before,” Nenshi candidly told the cab driver. He went on to suggest The City placed people, some with criminal backgrounds, through Uber’s driver screening process and they were accepted as drivers. The Lyft driver, who is also an Uber driver in Boston, seemed interested in what Nenshi was saying, and continued to ask questions about the topic. (Starts at 2:56)

On Saturday, Mayor Nenshi tweeted out a comment about his eyebrow-raising conversation. He apologized for using the word ‘dick’ when referring to Uber CEO, Travis Kalanick, but still remains very adamant about The City’s driver screening process.

About that Taxicab Confession. Here’s my statement and apology: https://t.co/ymqqL3FVrx 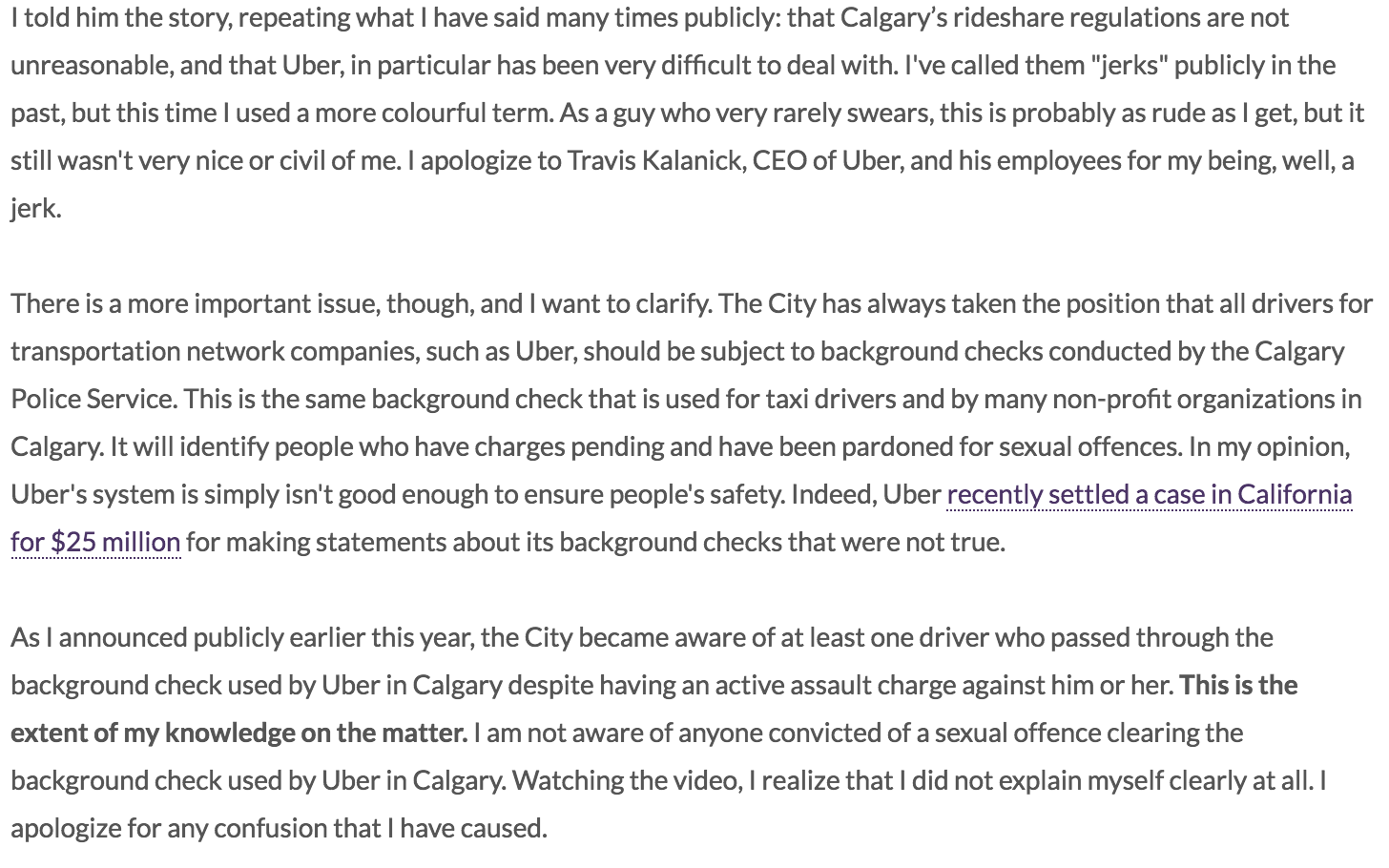 Today, after a closed session meeting in Council Chambers, Mayor Nenshi addressed questions about the Uber incident. The City’s integrity commissioner will now go over the weekend’s events to see if any further action needs to be taken.