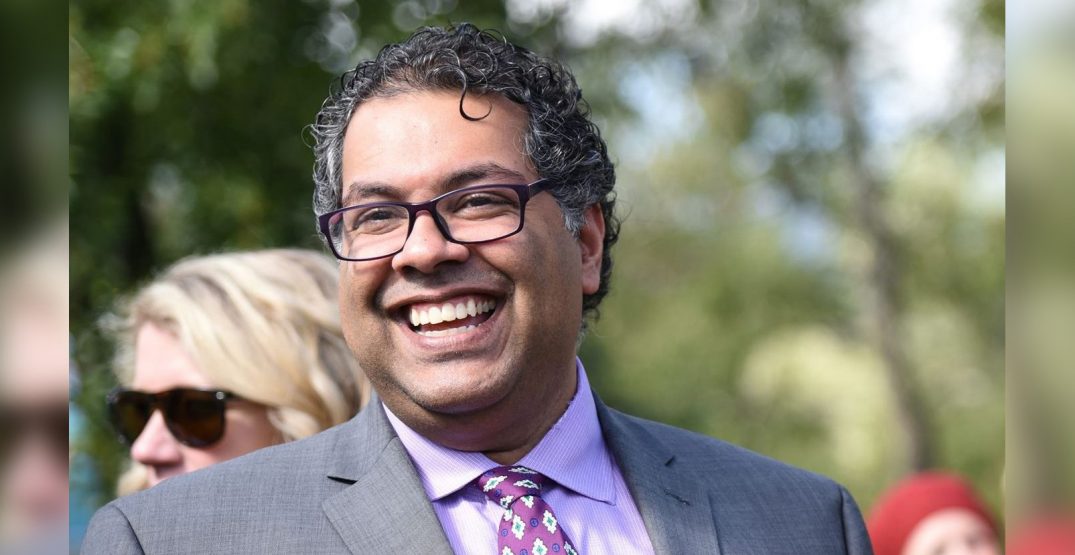 In a Facebook live event on Tuesday evening, Calgary Mayor Naheed Nenshi announced that he won’t be running in this year’s municipal election.

The city’s 36th mayor was elected to office on October 18, 2010, replacing Dave Bronconnier and becoming the first Muslim mayor of a major Canadian city.

During his time in office, Nenshi won the World Mayor prize as the planet’s best mayor in 2014, oversaw the completion of the west LRT line and Calgary’s stunning new Central Library, and led the city through catastrophic flooding in June 2013.

In his Facebook livestream, Nenshi told Calgarians that he won’t be a candidate in the October 2021 election after finishing his third term as the city’s mayor, and he expressed how difficult that was for him to say.

In another Facebook video, Nenshi thanked Calgarians, saying “it has been the honour of my life.”

Perhaps what the 49-year-old mayor became best known for during his tenure was his hilarious and witty comments on Twitter.

We’ve rounded up the most memorable Nenshi tweets from the past 10 years.

does poor spelling make one a moron? #Tooeasy RT @HeavyRent: @nenshi @killarneyyyc your a moron!

As Hallowe’en approaches, I’d like to remind you that “sexy mayor” is not an appropriate costume choice. (Results may vary in other cities)

No one tell my mum and sister they have to cancel their Hawaii vacation. https://t.co/7pjYSETl1O

Only late night when I need your … Funding for public transit and affordable housing. https://t.co/T0ac1Cdjqx

While the following quote never made it onto Twitter, one of the mayor’s most memorable comments was made while announcing a State of Local Emergency during the June 2013 flood, coining the term “Nenshi noun.”

“I can’t believe I actually have to say this, but I’m going to say it. The river is closed. You cannot boat on the river. I have a large number of nouns that I can use to describe the people I saw in a canoe on the Bow River today. I am not allowed to use any of them. I can tell you, however, that I have been told that despite the state of local emergency, I’m not allowed to invoke the Darwin law.”