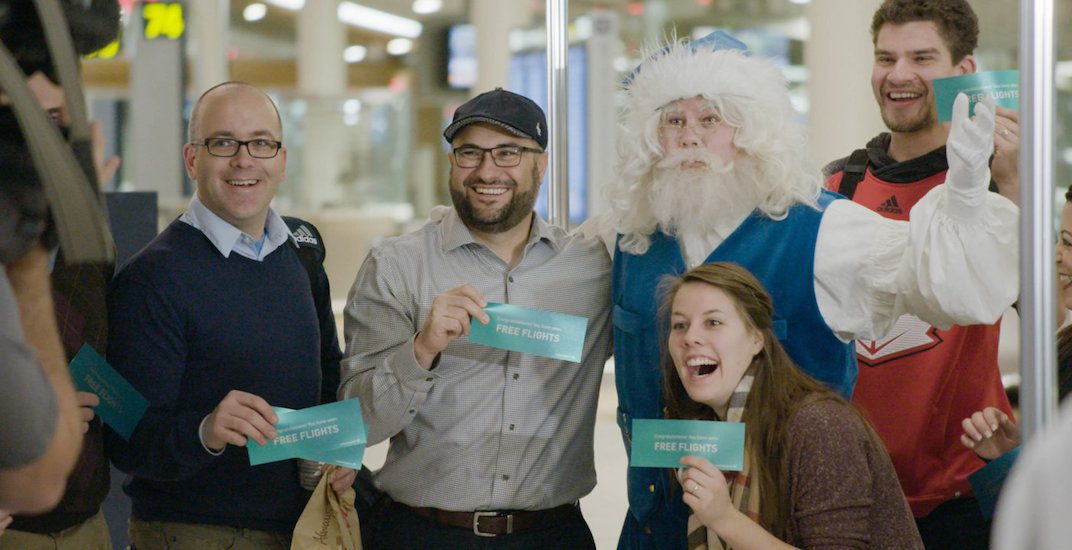 WestJust just wrapped up their 12 flights of Christmas with a huge party at the Calgary International Airport.

100 passengers on a flight from Saskatoon were treated to free flight vouchers, a celebrity appearance, and a Christmas feast after they landed on Wednesday.

The feast was the final flight in WestJet’s sixth annual Christmas celebration, as the company had surprised 11 plane-fulls of passengers since they began on November 18.

This year’s event was different from the previously years, as it incorporated live video of the surprises on WestJet’s Facebook page.

“All of these [surprises] have been on Facebook Live, so we’ve actually had people participating in them and being able to watch live as they’re happening,” Lauren Stewart, Spokesperson for WestJet, said to Daily Hive in an interview.

She said that this year’s campaign had actually been running since November 13, when the company’s Facebook page began receiving feedback from followers about what gifts and events should be given this year. 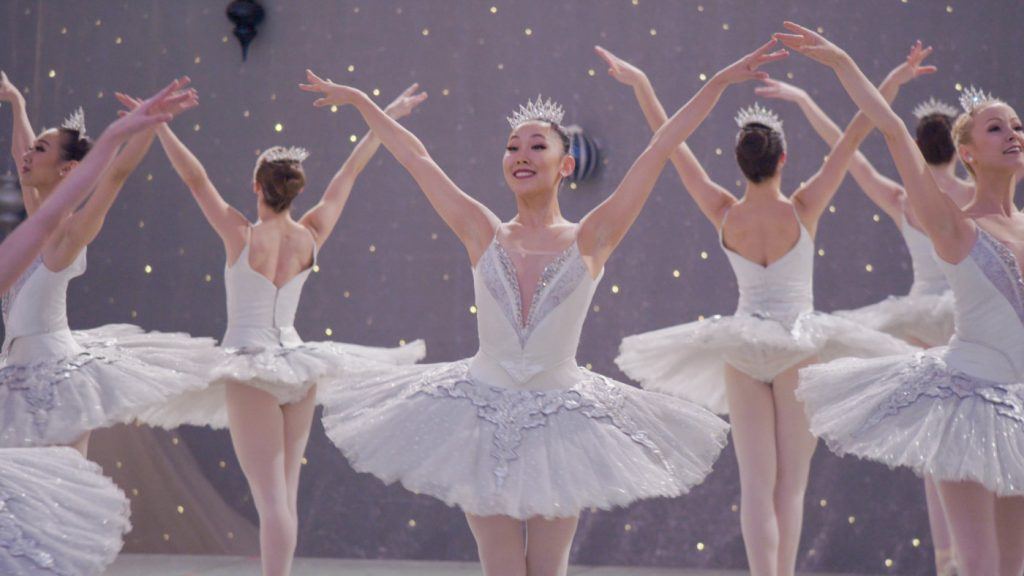 A performance of The Nutcracker (WestJet)

Calgary’s final celebration saw Top Chef Canada’s Nicole Gomes create and cook a recipe for the 100 lucky passengers, as well as an appearance by WestJet’s own Blue Santa.

They also received a “dessert” of free flight vouchers.

Steward said that none of the guests knew they would be treated to a Christmas surprise when they boarded the plane.

“In all of these cases [the guests are] going about their business and showing up at the airport, and we’re surprising them there,” Stewart said.

Previous surprises included a performance of The Nutcracker by the Royal Winnipeg Ballet at the Winnipeg James Armstrong Richardson International Airport, and an on-flight concert by Walk Off The Earth for a flight from Toronto to Halifax.

“Honestly, they’ve all been so different that they’re all very memorable,” Stewart said.

Wednesday wrapped up this year’s 12 flights, but Blue Santa can be expected to appear again next year starting sometime in November. 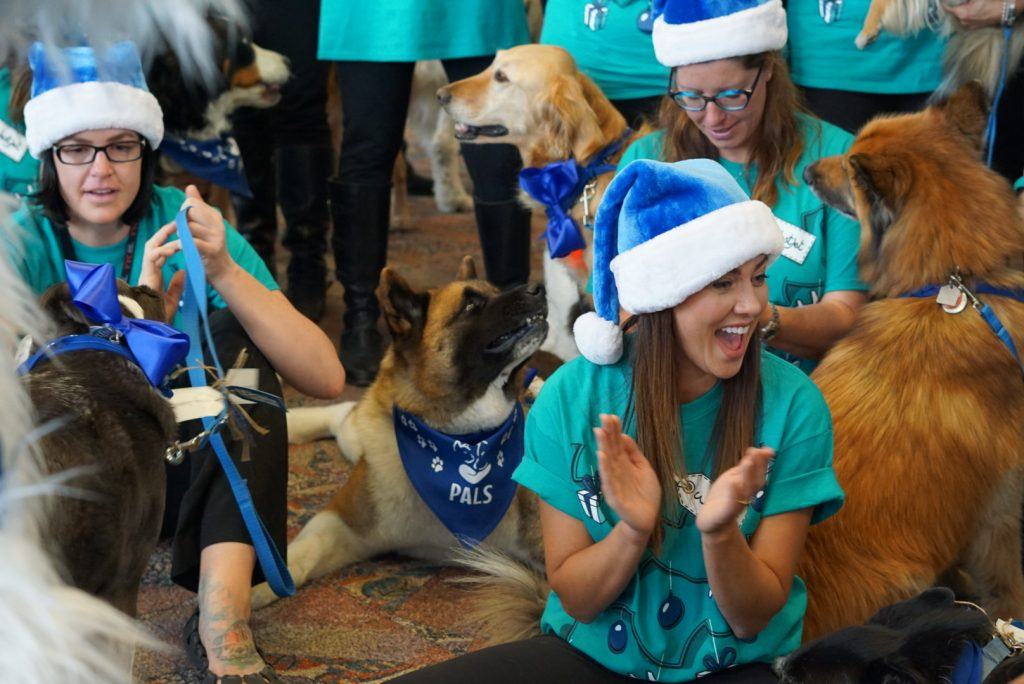