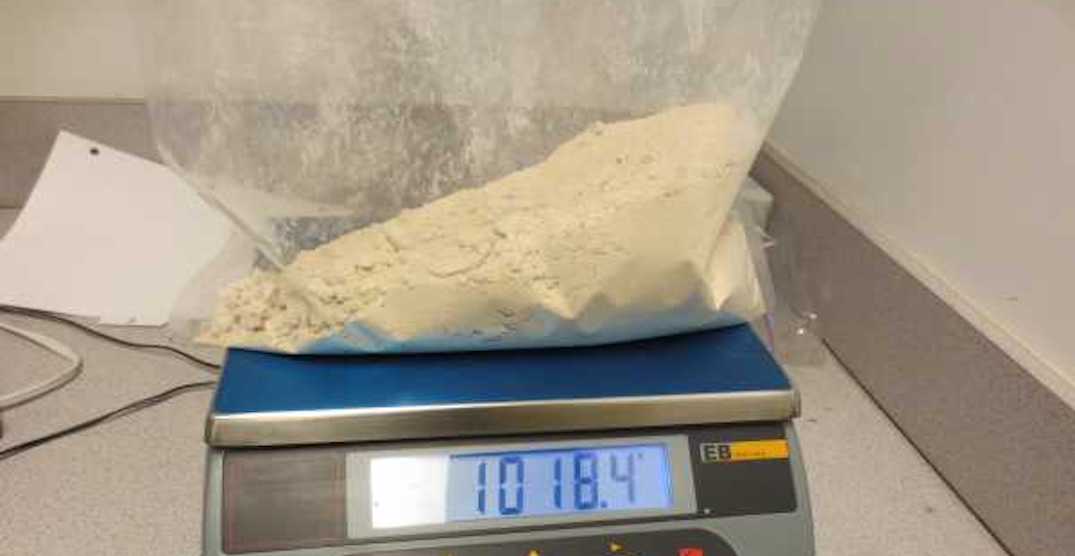 One part of the heroin confiscated at YYC (Calgary RCMP)

Approximately 1,350 grams of heroin has been seized by the Canada Border Services Agency.

On November 22, a 38-year-old woman named Mariam Salehe was arrested after it was discovered that she was smuggling a large quantity of heroin into Canada via a flight to the Calgary International Airport.

Salehe, who is described in the Calgary Police Service release as a “foreign national,” was intercepted after arriving in Calgary, with an investigation finding that she had swallowed a number of heroin pellets to avoid being caught.

More heroin was found in her suitcase, equalling out to a total of 1.35 kilograms of the drug, or 2.97 pounds.

The heroin seized would have been enough to supply 13,500 individual doses, according to the release.

Salehe has since been charged with possession for the purpose of trafficking and importation of a controlled substance. She will be appearing in provincial court on December 7.