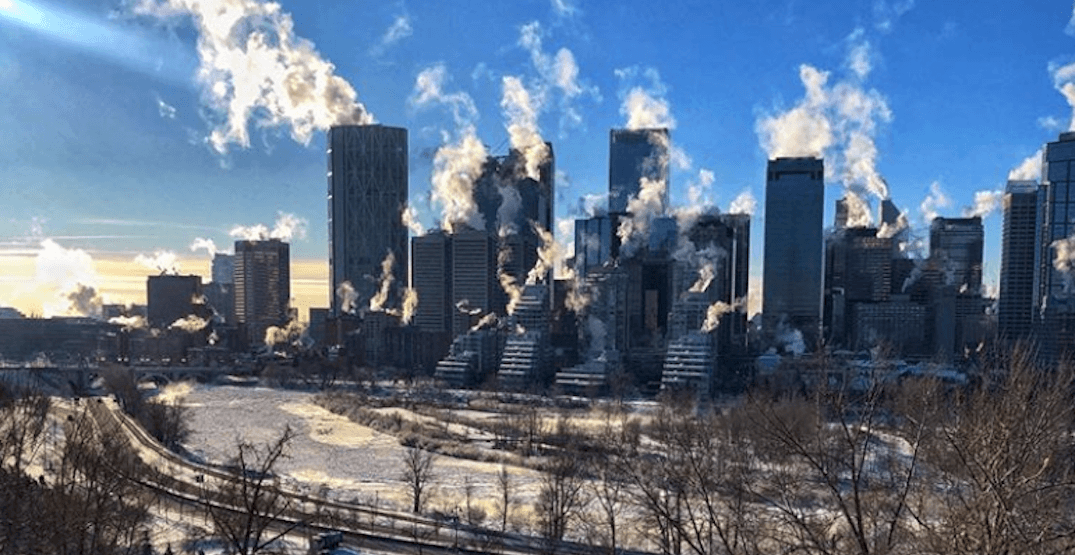 A realm of housing affordability can be found in Calgary, according to a new report that affirms housing market conditions in Alberta’s largest city.

Data published this week by real estate website Zoocasa shows Calgary residential properties are affordable for lower- and middle-income earners. This is partially due to the city’s depressed house prices from the ongoing effects of the recession.

Income earners must be within the top 50% — a middle-class income of $66,677 annually — to own a benchmark single-family dwelling price of $476,600. Apartments are even relatively affordable for lower-income earners; those within the top 75% income group, earning at least $35,549 per year, can afford the benchmark apartment unit price of $249,300.

But contrast these numbers with neighbouring Vancouver, where unaffordable housing has been a rampant issue.

Vancouver home buyers must be at least within the top 2.5% income tier — equivalent to an annual income of at least $205,475 — to be able to buy a single-family dwelling, based on the city’s current benchmark price of $1.441 million.

Even condominiums, which are typically deemed as entry-level housing, are out of reach to most Vancouver income earners, with an income of at least the top 25% — $93,527 per year — required to afford the benchmark apartment unit price of $656,900.

With its higher average incomes and lower benchmark housing prices, Toronto fares slightly better than the West Coast city, coming in just behind Vancouver in the national ranking.

In Toronto, individuals within the top 10% income group can afford to buy a single-family dwelling at a benchmark price of $873,100. When it comes to apartments, Toronto income earners will have great difficulty with attaining the ownership of an apartment unit with a benchmark price of $522,300 if they are below the top 25% income group of at least $74,476 per year.

The major Canadian city that bottomed out in the list was Regina, where income earners must be within the top 75% ($39,342) to own a benchmark single-family dwelling price of $275,900 or a benchmark apartment unit price of $160,200.

Zoocasa’s findings are based on Statistics Canada income tax filings, benchmark home prices from real estate boards, and the minimum income required to qualify for a mortgage, assuming a 20% down payment, 3.75% mortgage rate, and 30-year amortization. 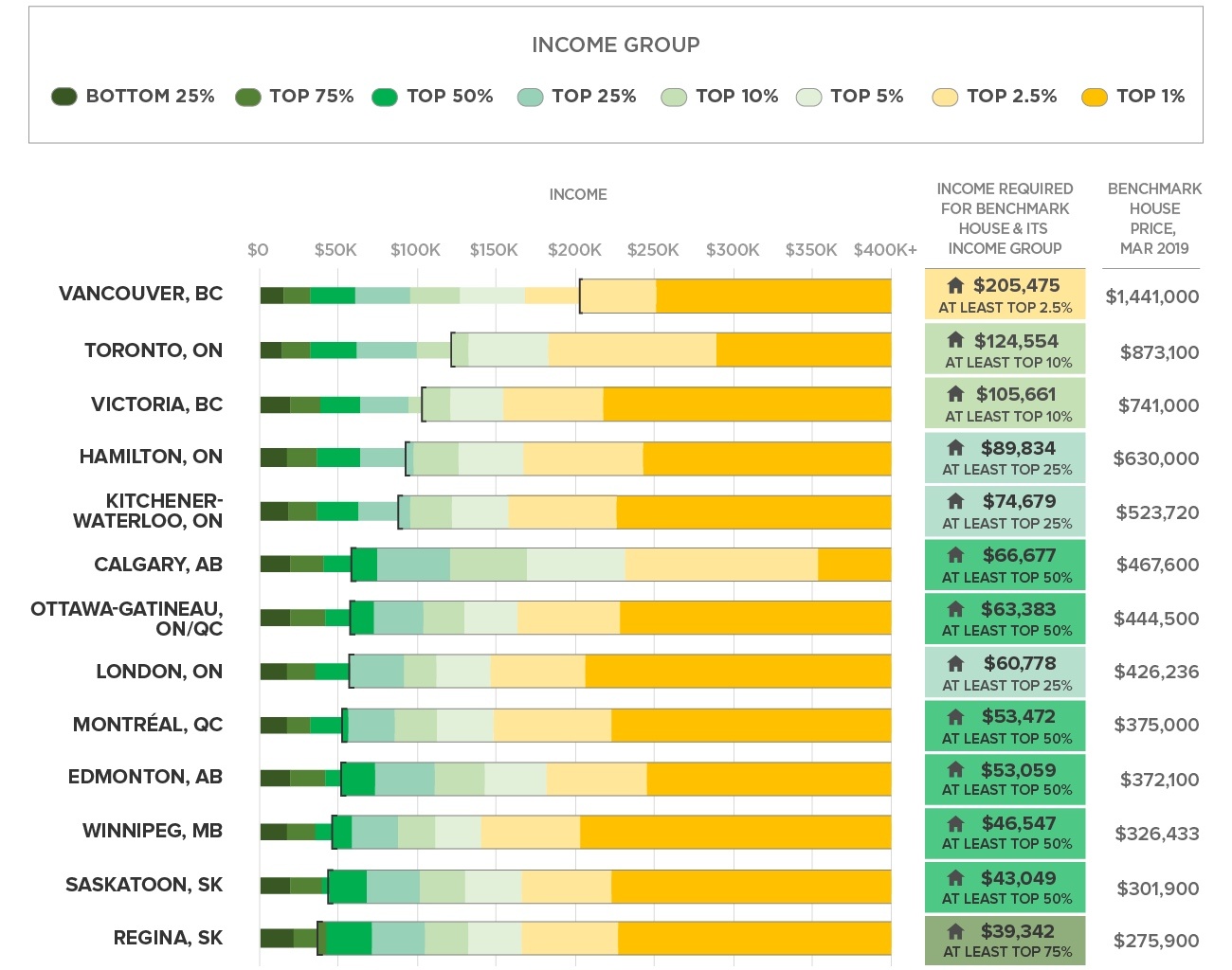 Income group required to buy a single-family dwelling in 2019. (Zoocasa) 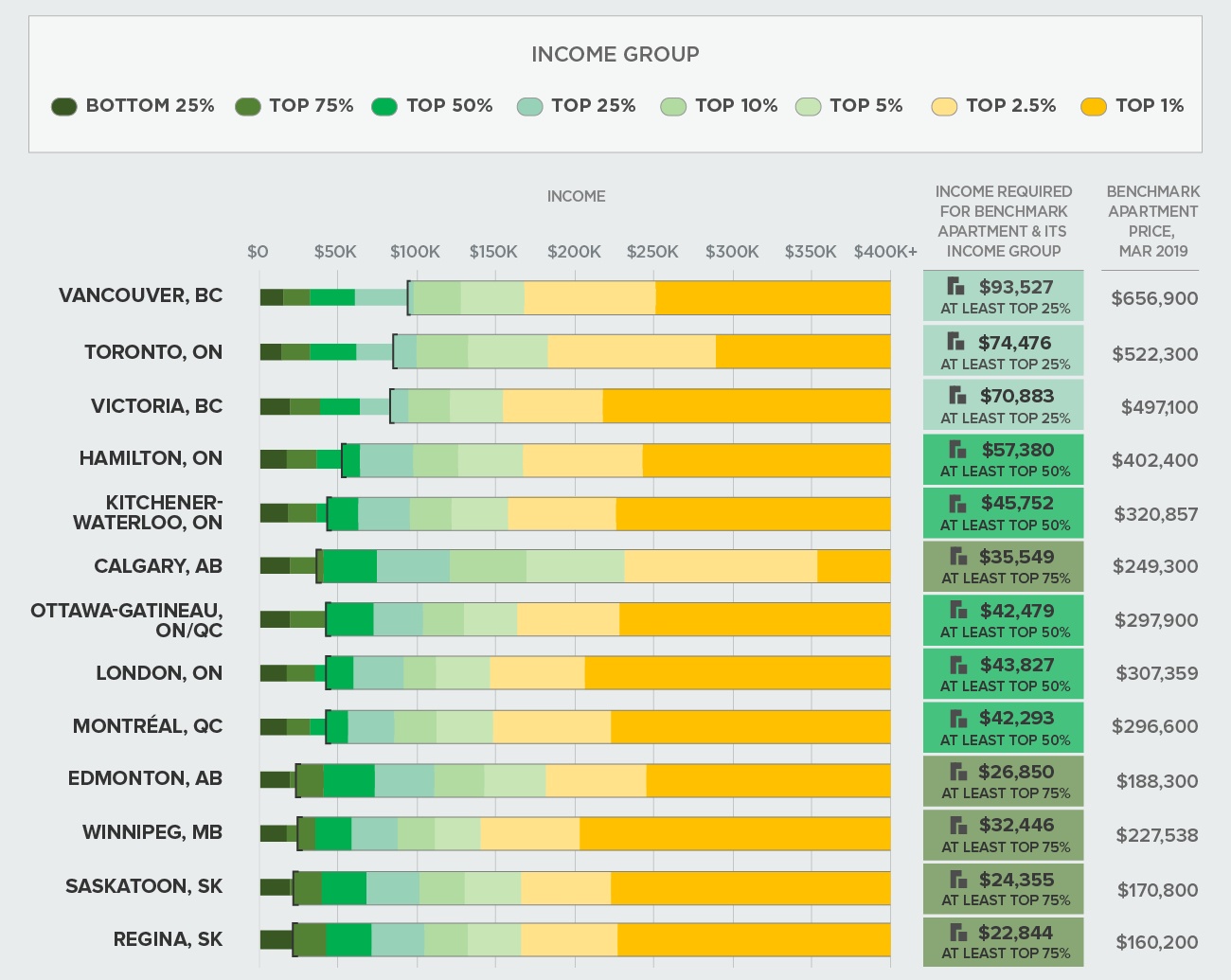 Income group required to buy an apartment in 2019. (Zoocasa)