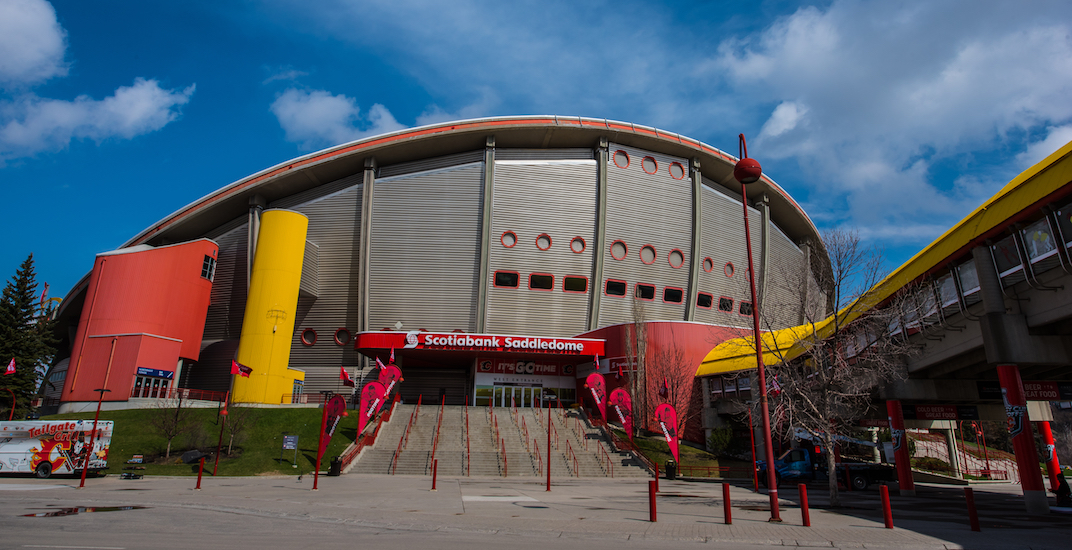 The Calgary Hitmen are moving.

As the team gears up for a 24-game regular season, the Hitmen announced today that the team will temporarily relocate to the Seven Chiefs Sportsplex on Tsuut’ina Nation for the upcoming season.

The temporary move out of the Scotiabank Saddledome was required due to NHL and AHL COVID-19 protocols. The Calgary Flames, along with the Stockton Heat, will share the Saddledome this season.

“We would like to thank Tsuut’ina Chief and Council in working with us to use their facilities and are excited and honoured to call the state-of-the-art Seven Chiefs Sportsplex our home away from home for the next four months,” said Hitmen Vice President and Alternate Governor Mike Moore.

“To limit the number of close contacts for both our billet families and players alike, our players will be housed at the Grey Eagle Resort. We are forever grateful for the understanding and support of our billets and fans through these challenging times and look forward to having them back at the Scotiabank Saddledome for the 2021/22 season.”

The Western Hockey League received approval from the province and Alberta Health last week, to allow a shortened season for the five Alberta-based teams, beginning on February 26. The Hitmen play their first game on March 5, with players reporting to Calgary on February 13.

Players will follow AHS protocols, and of course spectators will not be permitted at games.