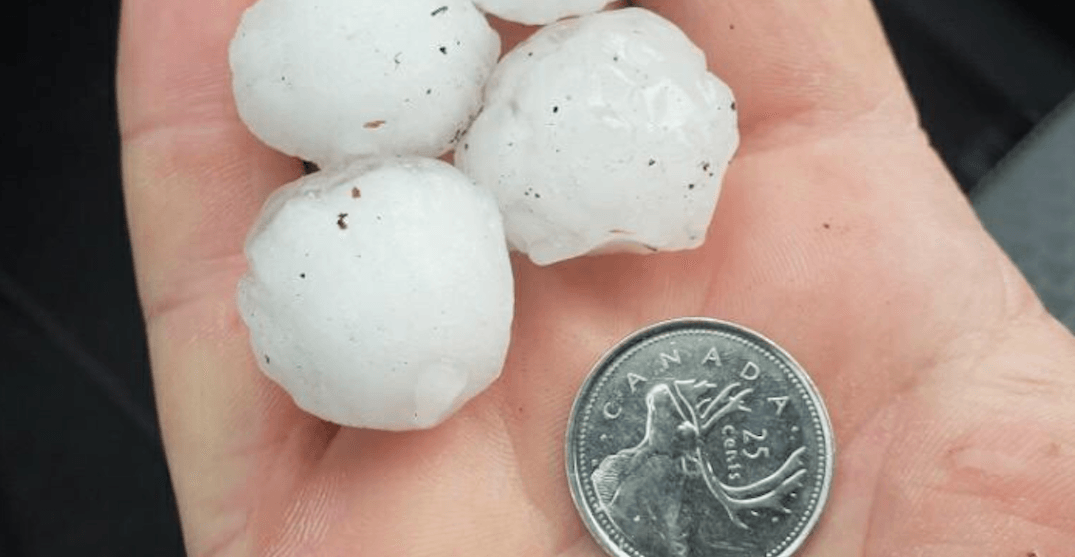 Some seriously large pieces of hail came down on Calgary during yesterday’s thunderstorm, denting vehicles and forcing people to duck for cover under whatever shelter they could find.

Some of the pieces were even larger than golf-balls, the largest that Calgary has seen so far this year.

The storm also brought with it some dangerous driving conditions and damage to vehicles, and Calgarians were quick to document the alarming pieces of ice on social media through photos and videos.

My wife called and said she’s trapped in Walmart by a hailstorm in Calgary. Don’t know what’s worse, the hail or being trapped in a Walmart pic.twitter.com/tHJjn5u6Rd

The storm has since subsided, though according to Environment Canada’s forecast for Calgary, a few showers and the risk of a thunderstorm are still in the cards for today.