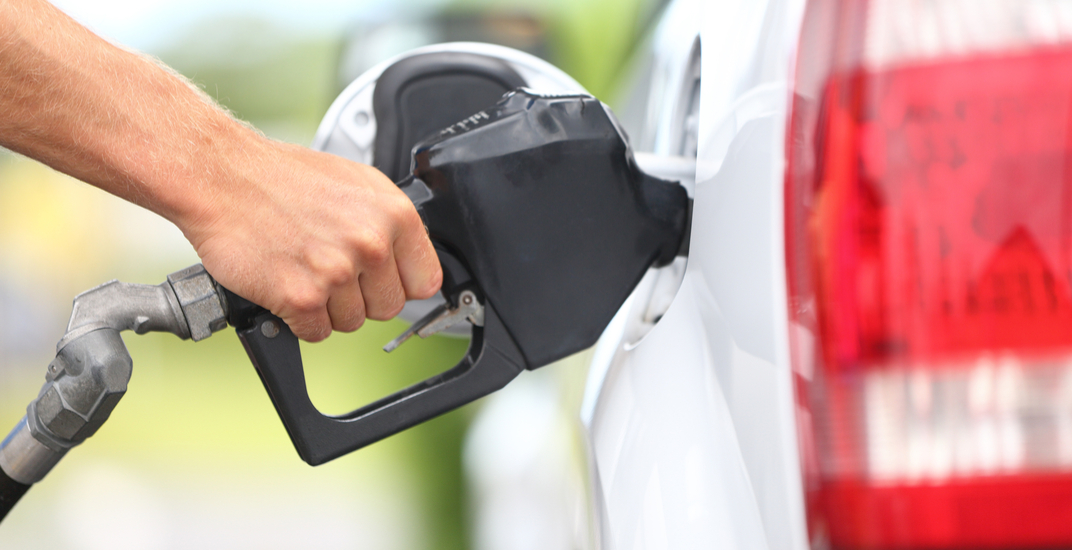 No, you’re not having a relatively mild nightmare—that extra figure you see at some gas stations around the city is entirely real.

The dial spun over that 99.9 cent mark for a few stations this week according to gasbuddy.com, with some of the prices reaching 108.9 this morning.

According Dan McTeague, a gas price analyst with gasbuddy.com, the bump in price is due to Hurricane Harvey disrupting refineries in Texas.

Gasbuddy.com has the average price of gas at 102.1 cents (and rising) as of Wednesday, though if you know where to look—or have a Costco card—you can still find it for 90.9 cents per litre.

So maybe it would be best to fill up sooner, rather than later.