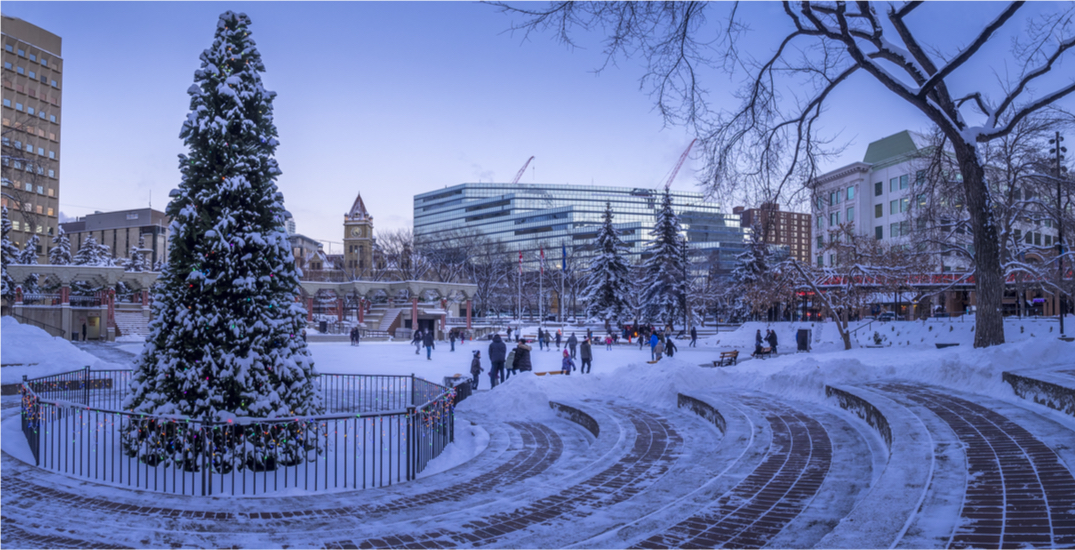 It looks like Calgary is in for a white Christmas this year, with the weather forecast calling for snow and freezing temperatures all week.

After an unseasonably nice fall season with very little snow in YYC, we were starting to wonder whether there would be any of the white fluffy stuff for the holidays, but we didn’t need to worry – winter has arrived.

The chilliest season of the year officially began yesterday, and the weather in Calgary is following suit, just in time for Christmas.

According to Environment Canada, it’s currently -4ºC in Calgary, feeling like -9ºC with the windchill, and the city is expected to reach a high of 0ºC with mainly cloudy skies on Wednesday.

Thursday is forecast to be -9ºC with a few flurries, and it’s only going to get colder (and snowier) from there.

After dropping down to -21ºC overnight, Friday is forecast to reach a high of -19ºC with a 40% chance of flurries. Christmas Eve night will see temperatures of -24ºC with more flurries.

For Christmas Day on Saturday, Calgary is predicted to hit a high of -24ºC with a 40% chance of flurries, providing the perfect opportunity to snuggle up by the fire with a glass of eggnog or a mug of hot chocolate.

Boxing Day will be slightly chillier still, and a high of -25ºC and more flurries is in the forecast, dropping down to -27ºC overnight.

The week after Christmas doesn’t look like it’s starting off any warmer, with a high of -23ºC expected on both Monday and Tuesday. Monday might bring a little sunshine, with a mix of sun and cloud in the forecast, while Tuesday holds a 60% chance of flurries. 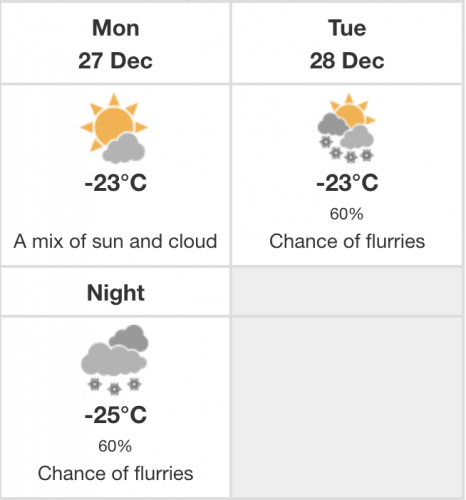 It sounds like it’s going to be a great week to stay cozy indoors and enjoy plenty of holiday rest and relaxation. Stay warm, YYC!