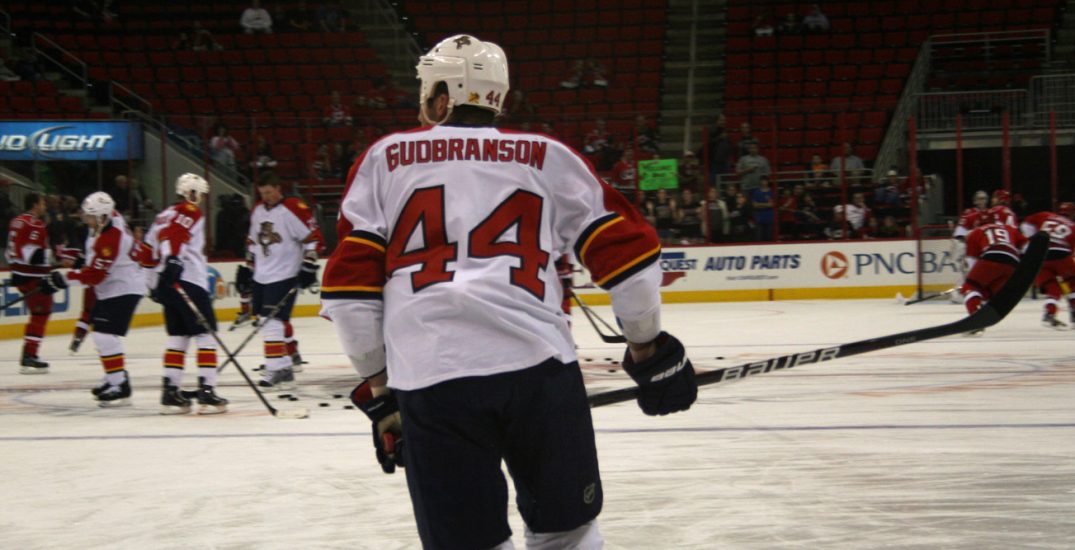 The Calgary Flames announced on Friday morning that they have signed free agent defenseman Erik Gudbranson.

The defender has been signed to a one-year contract with a $1.95 million annual average value.

The Flames revealed the Gudbranson deal themselves:

The #Flames have signed defenceman Erik Gudbranson to a one-year deal: https://t.co/6sHWQOO0Bg pic.twitter.com/gVaUjYR7IW

The Ottawa, Ontario, native has played 563 career games in the NHL, putting up 21 goals and adding 56 assists for 77 points during his time with the Florida Panthers, Vancouver Canucks, Pittsburgh Penguins, Anaheim Ducks, Ottawa Senators, and Nashville Predators.

He’s had 640 penalty minutes during his 10-year career.

Gudbranson was originally drafted in the 1st round (3rd overall) by Florida in the 2010 NHL Entry Draft.