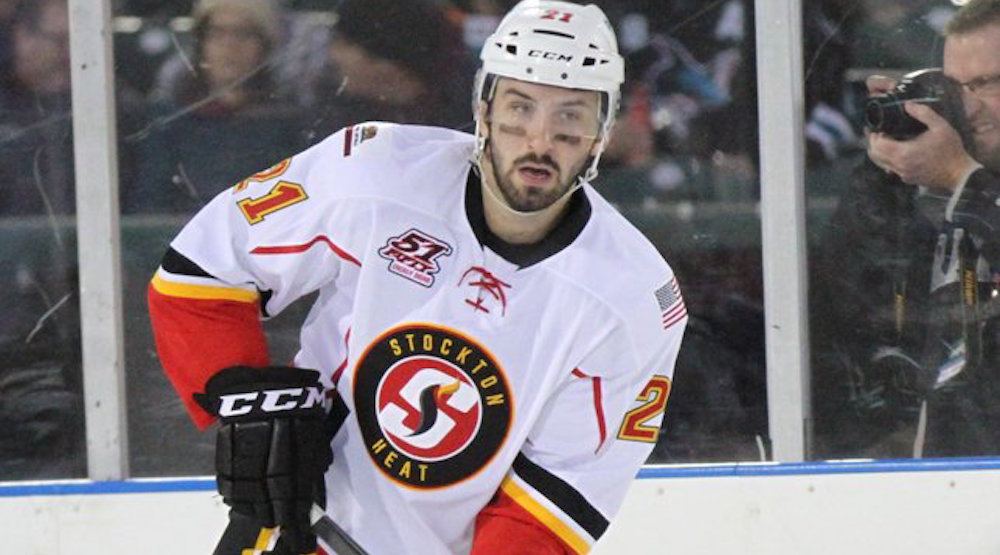 With struggling goaltending, special teams, and defensive play, a break from the current Calgary Flames squad might be a nice change of pace this week.

Just over a month into the 2016-17 hockey season, many development leagues are well into their seasons with some familiar names dotting AHL, NCAA, CHL, and European rosters.

We’ve taken a look at 16 Calgary prospects spanning the globe, focusing on players within the Flames system who are under 24 years-old, and have not seen a sustained presence in the NHL so far.

That means players like Matthew Tkachuk, Hunter Shinkaruk, Garnet Hathaway, and Brett Kulak have been omitted from this list. 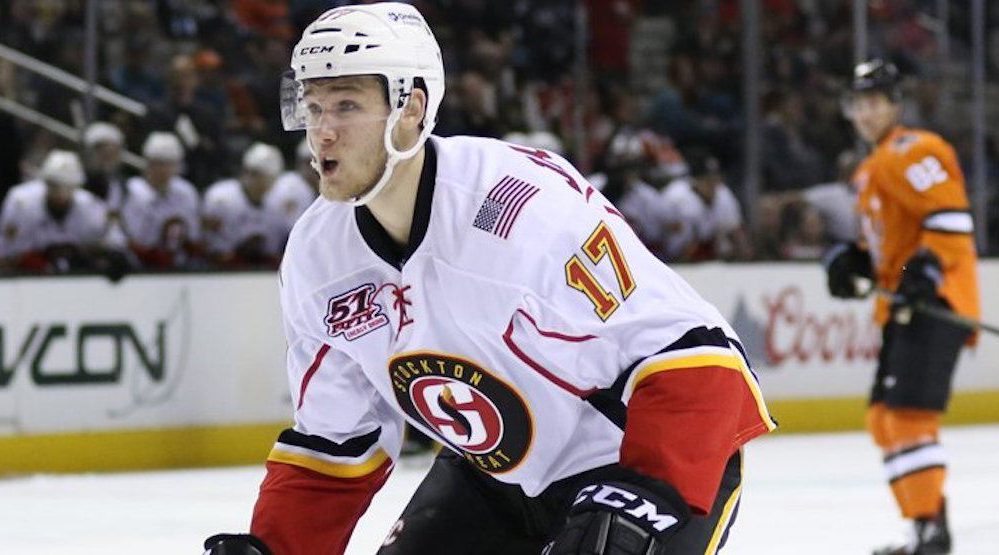 One of the longest developing prospects in the Flames system, Jankowski is proving himself to be a solid point scorer in his first full season of pro hockey. Calgary’s first round pick in 2012, Jankowski leads the Heat in points (12) and has 18 points in 20 games since joining Stockton after an impressive college career at Providence. 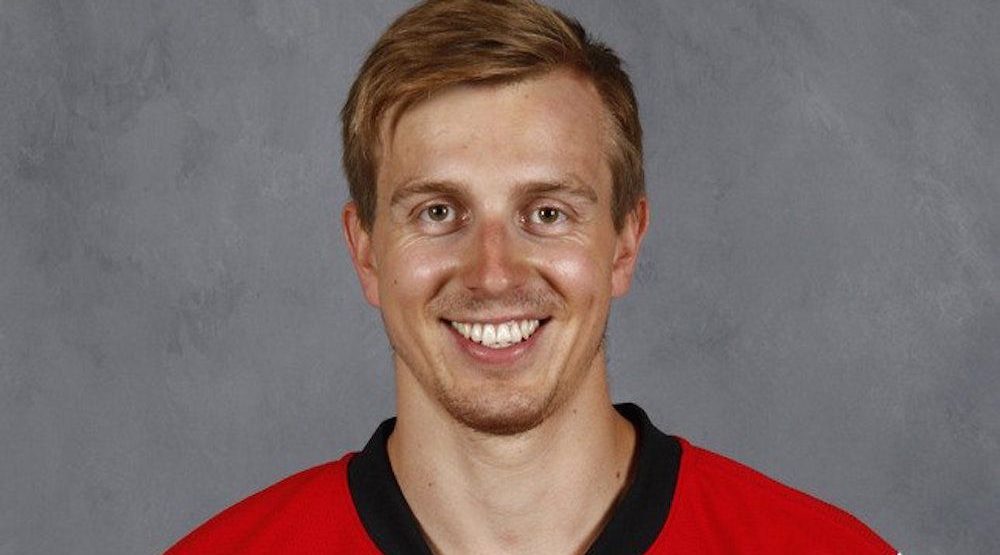 Signing as a free agent in late-April, the Czech native is coming off season-ending knee surgery but looks to be responding well. Yet to show the physical bite to his game with the Heat, Pribyl has remained healthy to dress in all 12 of Stockton’s games while posting eight points. 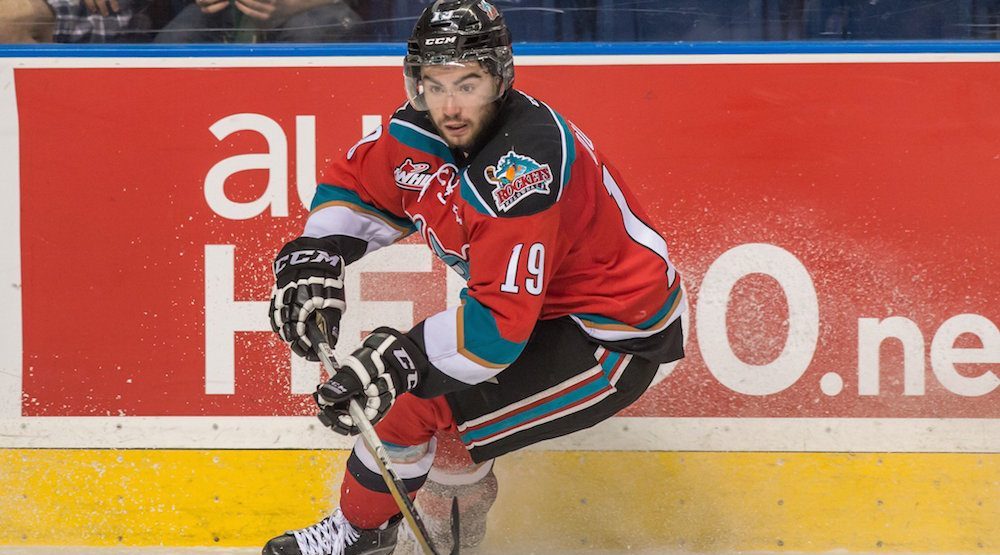 Injuries have plagued the young centreman since being drafted in the second round of last summer’s draft by the Flames. Suffering a knee injury in an exhibition game with Calgary against Edmonton, Dube has recently returned to the lineup. He’s has been on fire offensively which included a three-assist return against Prince Albert. 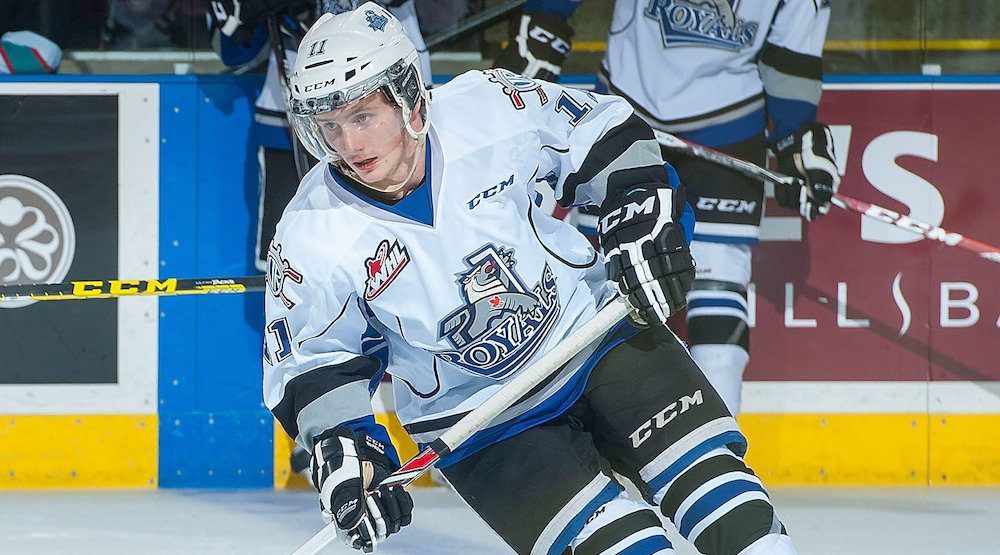 Last year’s WHL Rookie of the Year is making an impact again on the scoresheet with Victoria, leading the team with 22 points and sitting in the top 50 of WHL scoring. Phillips will be an interesting player to watch moving forward, as the undersized teen has an outside shot at cracking Canada’s World Junior team next month. 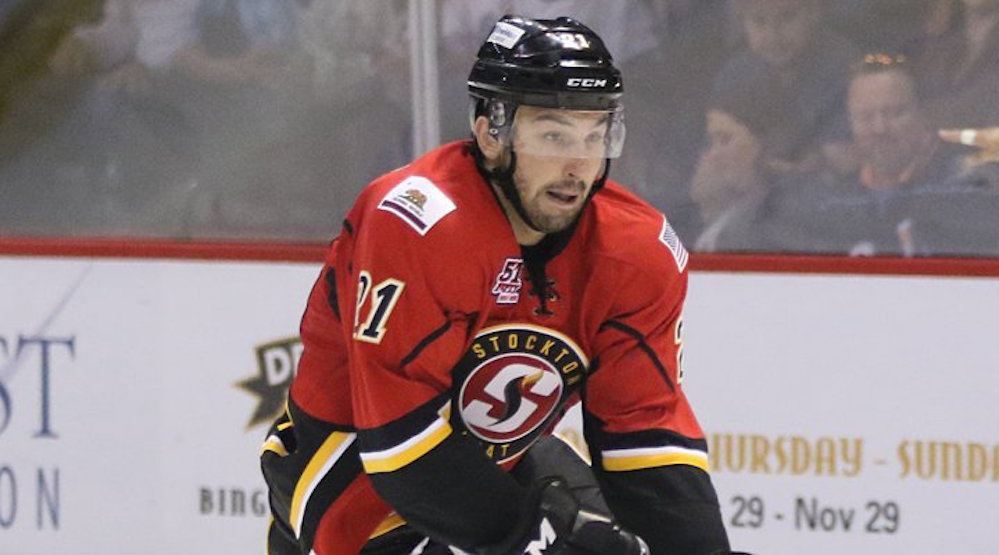 Now into his third season of AHL hockey, it seems as though Poirier’s offensive statistics are regressing, which should be a point of concern with Flames brass. After dropping to just 29 points in 60 games with Stockton last year, the former first rounder has come slowly out of the gate with just two goals in his first 12 games. 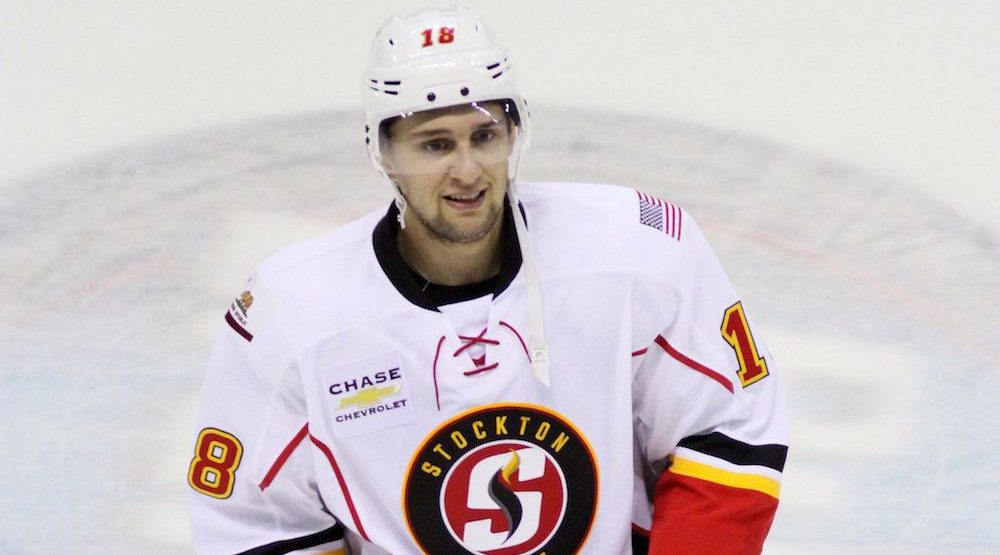 Struggling his his first season of professional hockey in 2015-16 with only nine points in 55 games, Klimchuk has exploded offensively for the Heat after only 11 games. Taken in the same round as Sean Monahan and Poirier, Klimchuk trails only Jankowski for the Stockton scoring lead and has regained his knack around the net he developed after a long WHL career. 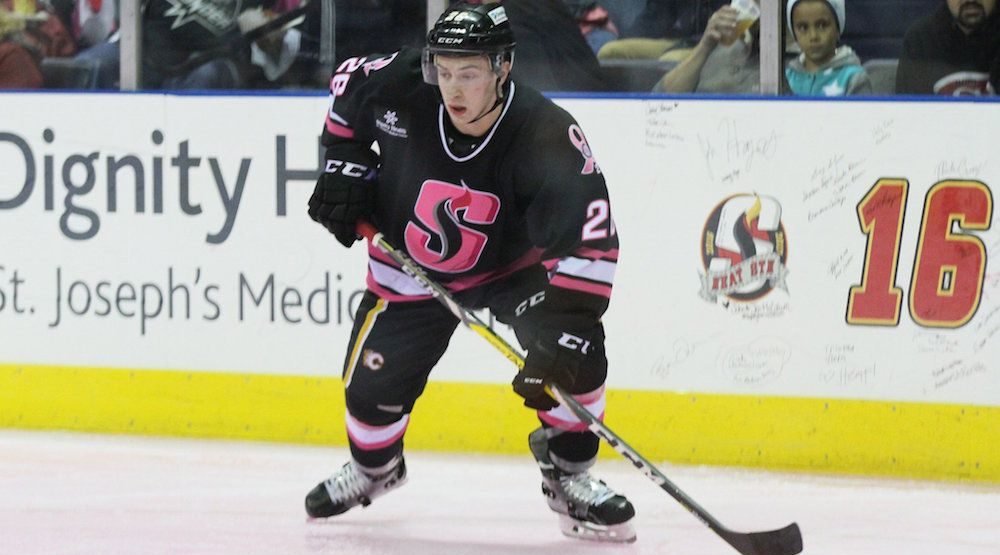 One year removed from torching the OHL with 106 points in 59 games with the Barrie Colts, Mangiapane looks to have carried over his offensive touch into the pro ranks. Currently the highest scoring rookie on the Heat with almost a point-per-game, the small winger has played to his potential but is still likely a few years away from making his Flames debut. 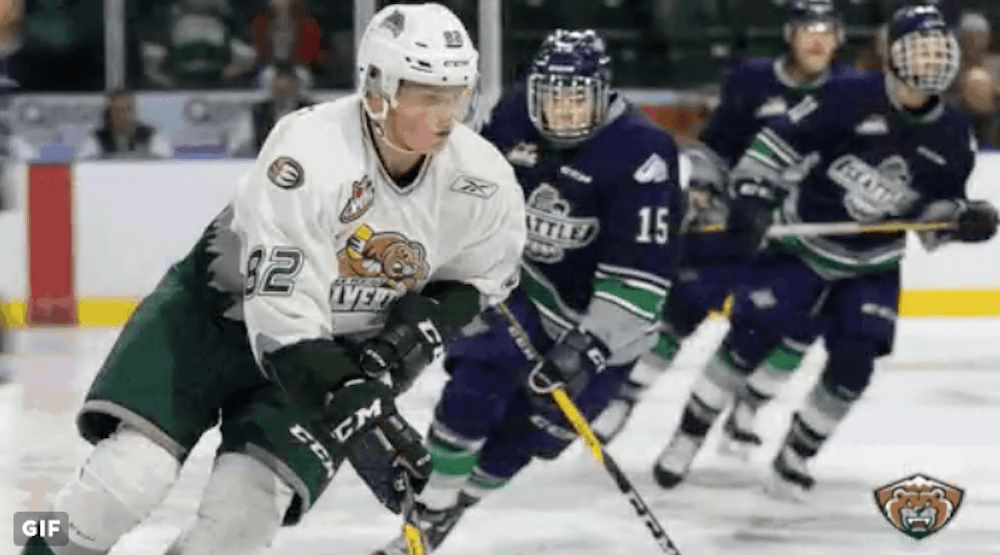 Making the transition from the European game to North America can often result in growing pains for young players, but Tuulola seems to have jumped the pond nicely. Not overwhelming numbers early for the Finnish power forward, but this year’s sixth round pick has posted a respectable eight points in 12 games as a WHL rookie. 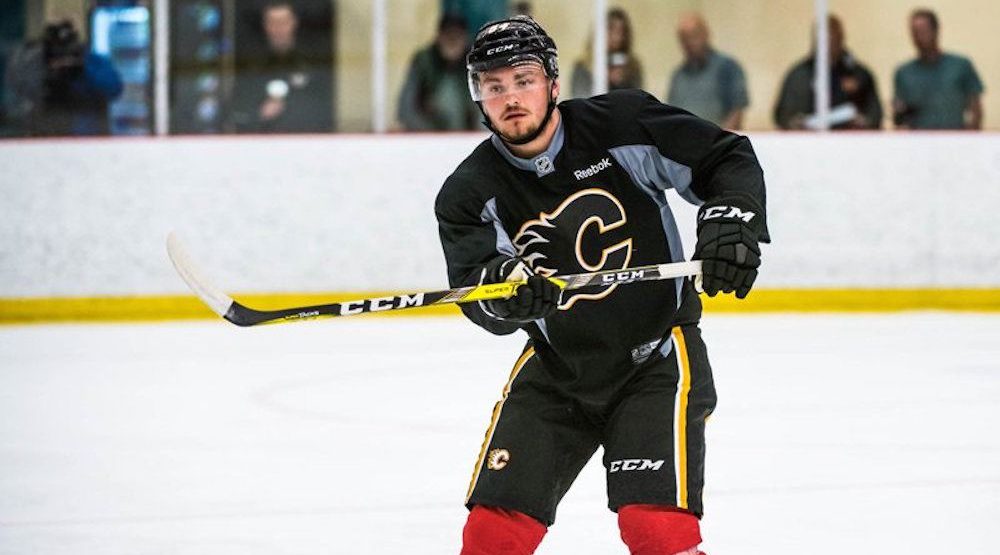 Posting back-to-back 60+ point seasons with the OHL’s Barrie Colts, big things were expected for the former second round Calgary pick from Sweden. Andersson has lived up to the billing early on in the 2016-17 season, leading all Stockton blueliners in both assists and points, and it’s just a matter of time before he finds the back of the net. 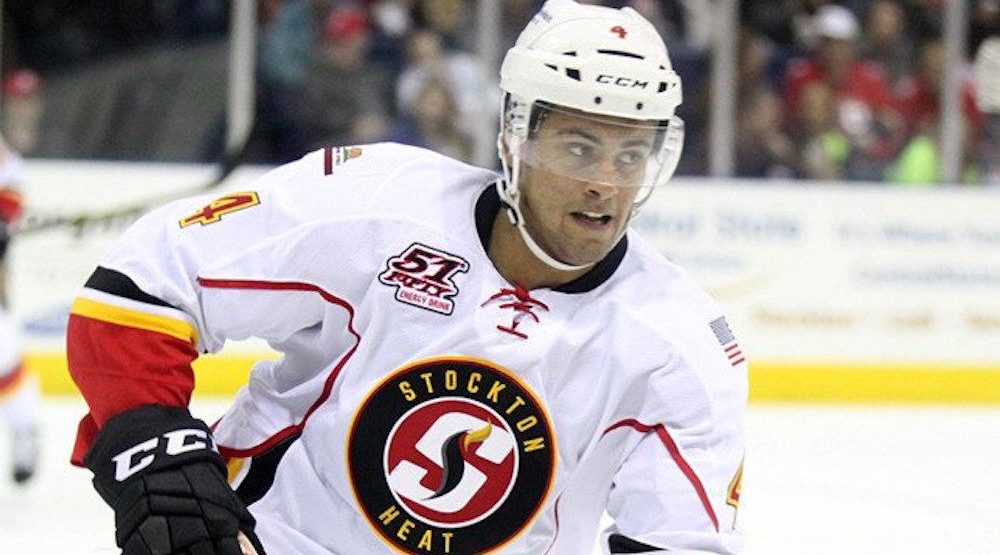 Selected from the same country and round as Andersson in 2015, Kylington has been known mostly as a boom or bust pick for the Flames. The Stockholm native has shown more consistency to his game in his second professional season, posting seven points and is just five off his total from all of 2015-16. 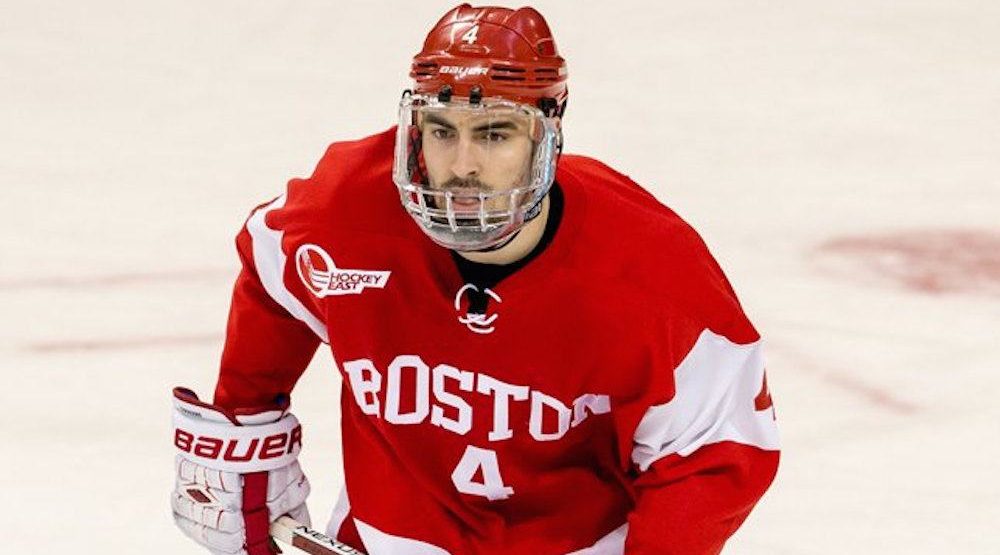 A third-year veteran with the University of Boston Terriers, Hickey’s game remains more defensive minded than offensively dynamic. While four points in 11 games may not seem like a ton, Hickey is already halfway to his eight points scored last year and his playing with a bit more of a physical edge. 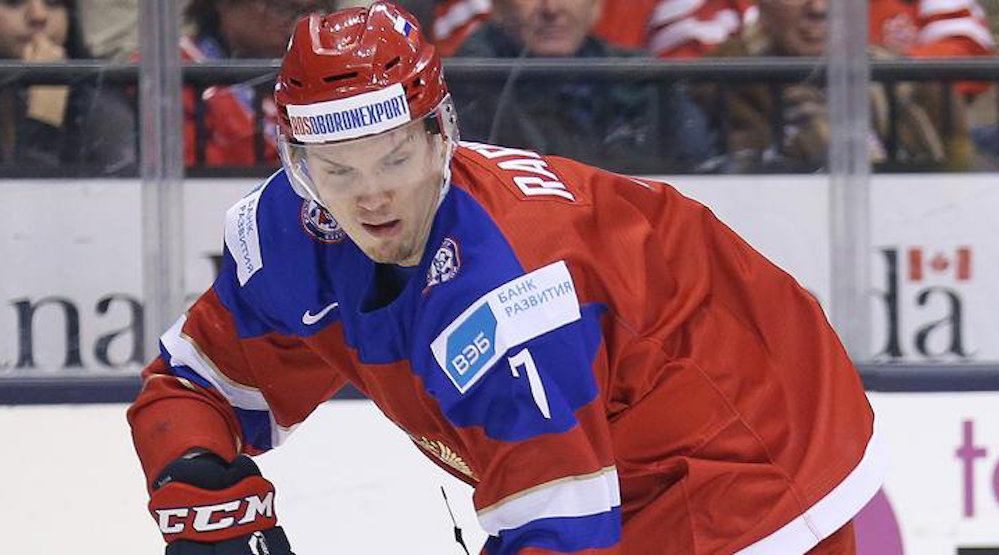 Since being Calgary’s last pick in the 2013 Draft, Rafikov has proven to be a real wildcard in the Flames prospect pool. Already playing in his second full season in the KHL, a move to Lokomotiv from Vladivostok last year is paying dividends with seven points scored in 30 games, which is plenty of experience for a player of his age. 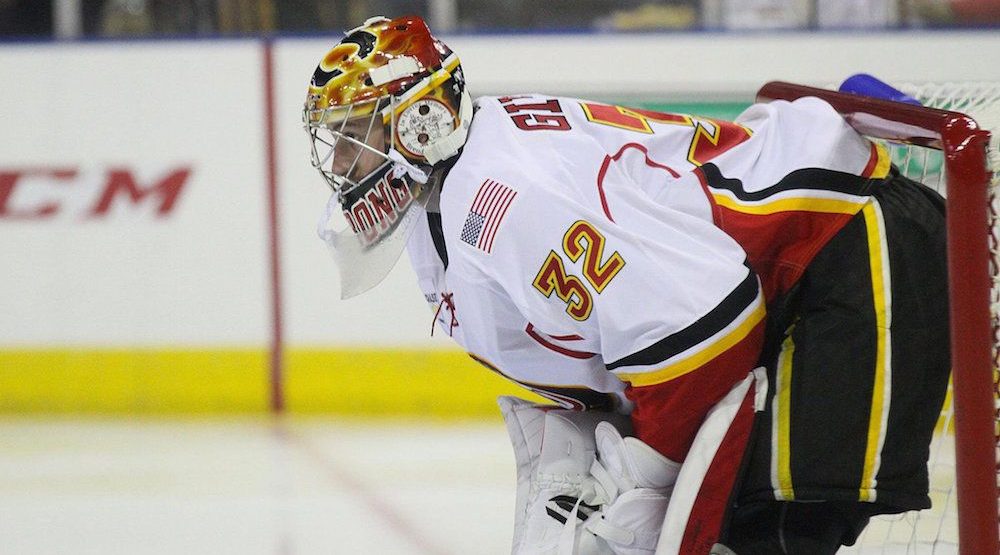 After starting the pre-season with the Flames, Gillies is setting in nicely for the start of his second season in Stockton. Missing the majority of last season with a hip injury, Gillies has performed well in a starting tandem with David Rittich, registering only one loss in regulation through the early portion of the season. 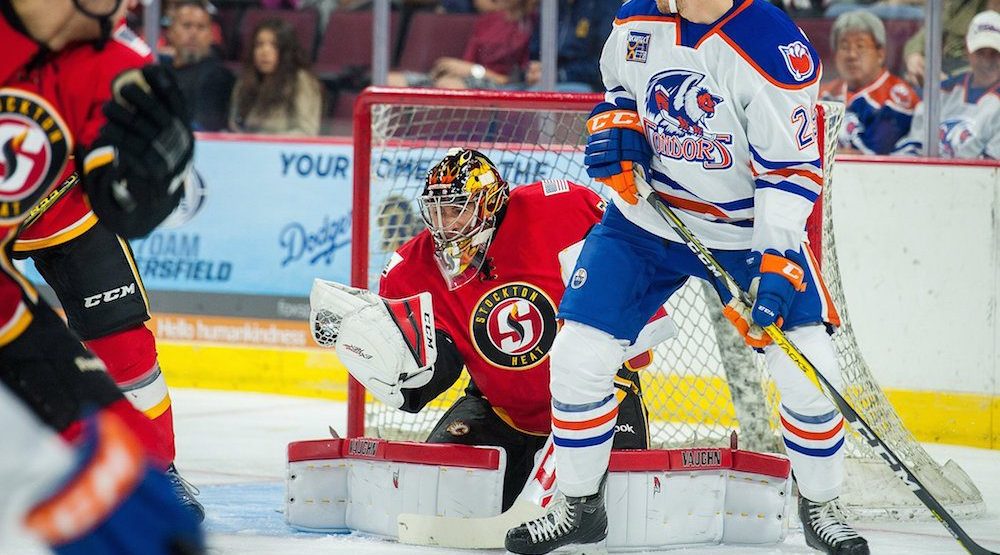 Although his development stalled a bit last season with the QMJHL’s Charlottetown Islanders, McDonald looks to be back on track with the Adirondack Thunder of the ECHL. Although his save percentage is under .900, McDonald is showing confidence carrying the load for the Thunder with a solid goals against and win percentage. 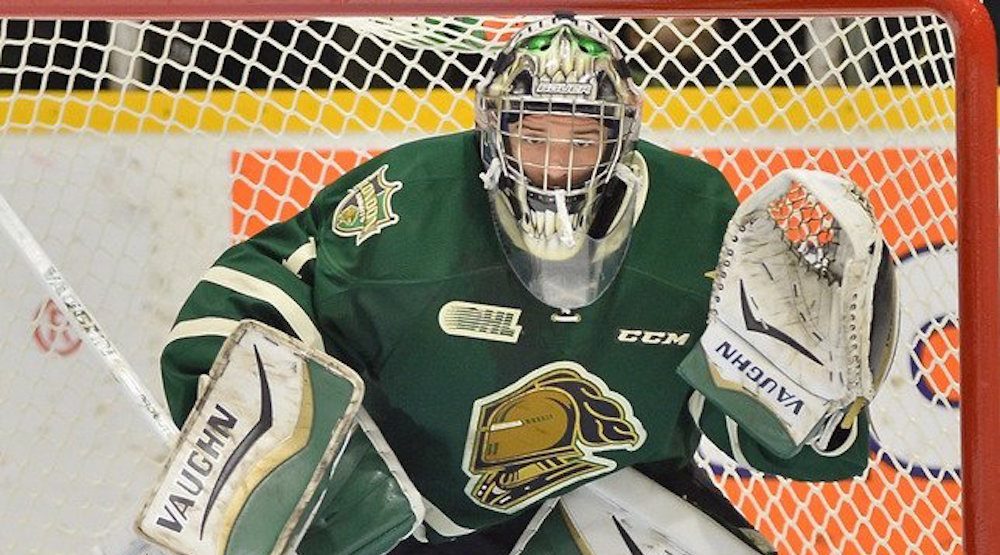 Joining an already crowded prospect crease with the Flames at last summer’s draft, Parsons has just built on his Memorial Cup winning campaign from last year. With just one regular season loss in eight games, Parsons holds the best goals against of any Flames prospect while two of his six wins have come via shutout. 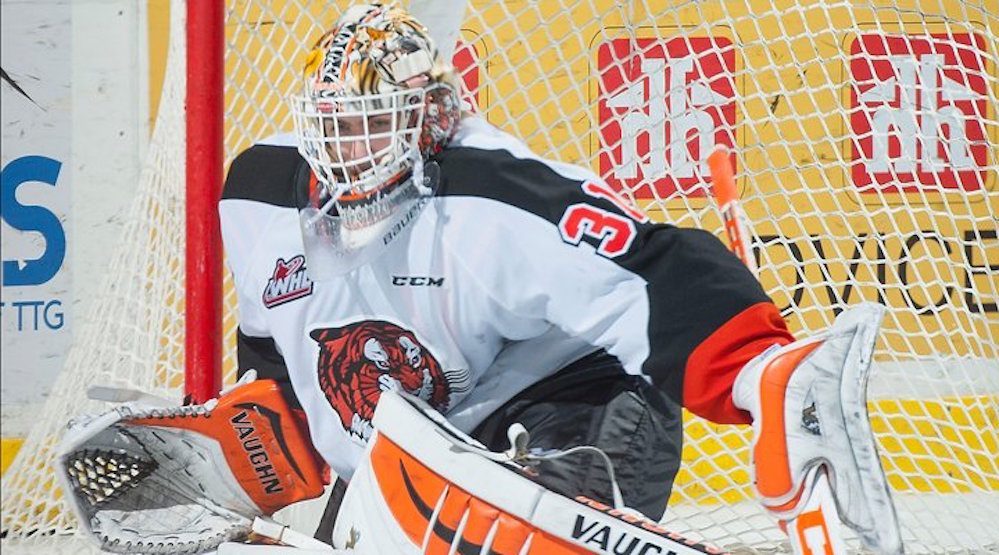 Often the forgotten prospect in the Calgary pool, Schneider has started a remarkable 18 games already this year and is playing well despite the added games. Possessing a 15-2-1 record, Schneider has helped lead the Tigers to first place in the Central Division, and could be a prime candidate to replace either Gillies or McDonald if positions change next season.