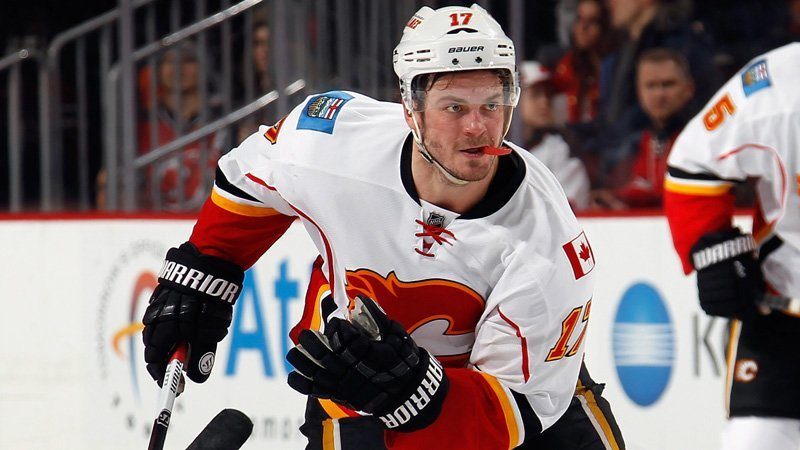 With the NHL set to expand to Las Vegas at the end of this season, teams around the league are putting together their tentative lists of the players they want to protect.

Like many teams, the Calgary Flames will have some tough choices when it comes to who stays and who potentially goes. TSN made their predictions for all Canadian teams, and there are some pretty solid players exposed.

Of course, this is all tentative, so don’t sell your Bouma jersey just yet. The Expansion Draft will likely play out much differently, and will depend heavily on the actual protection lists that get submitted by each of the 30 current teams.

The Flames could opt to protect a different combination of players than the one above. There are a number of rules surrounding expansion, including how many of each position a team is allowed to protect. You can view the entire list of expansion rules here.

Teams can either protect:

b) Eight skaters (forwards/defencemen), one goaltender.

For obvious reasons, almost every team will be picking option A, because it allows for two protections more than option B. The exception would be a team like Anaheim who may have more than three defencemen they’d like protected.

Teams must protect all players with existing and continuing no-movement clauses. Thankfully the Flames only have Dennis Wideman on a no-move, and his deal expires in the offseason and will not require protection.

The Flames’ protection list posted by TSN actually looks quite accurate, but for the sake of variety, let’s explore some other options.

Defensively, it’s a no-brainer for the Flames to protect their core three blueliners in Mark Giordano, TJ Brodie, and Dougie Hamilton. That locks up all three protections on the back-end.

There’s also an obvious three protections up front with Johnny Gaudreau, Sean Monahan, and Sam Bennett. Those three are the core of this young forward group, and absolutely must be protected.

Troy Brouwer, Mikael Backlund, and Michael Frolik are all solid supporting players, and each will likely also get protected, especially with Backlund and Frolik playing so well right now.

Las Vegas will be looking for contracts to reach the cap floor, so the Flames could expose someone with undesirable term and salary in hopes of having the contract taken off their hands. They don’t have anyone who exactly fits that bill, but one contract they could stand to lose is Stajan’s.

They could elect to expose Ferland even though he’s been playing well for the Flames because he’ll be an RFA in the offseason, and therefore less desirable for an expansion team.

Exposing Ferland would leave room for Bouma. Even though Bouma isn’t the most valuable asset, the low term and cap hit on his contract would make him a likely pick-up for Las Vegas.

If he were protected, the hope would be that Stajan’s cap hit of $3.125 million for next season gets picked up by Las Vegas in their attempt to reach the cap floor and minimum number of contracts. That would be ideal for the Flames, who would get to keep their younger players (Shinkaruk, Ferland, Jokipakka), while also shedding some cap space.

The Flames will also get to protect a goalie. That decision at the beginning of the year would have been an easy one to keep Brian Elliott, but Chad Johnson has recently run with the net and could earn the protection by the end of the season if that trend continues.

In the end, all 30 current teams will lose an asset. The goal for teams will be to protect their players in such a way that Vegas takes their most expendable asset. It won’t be a simple process.