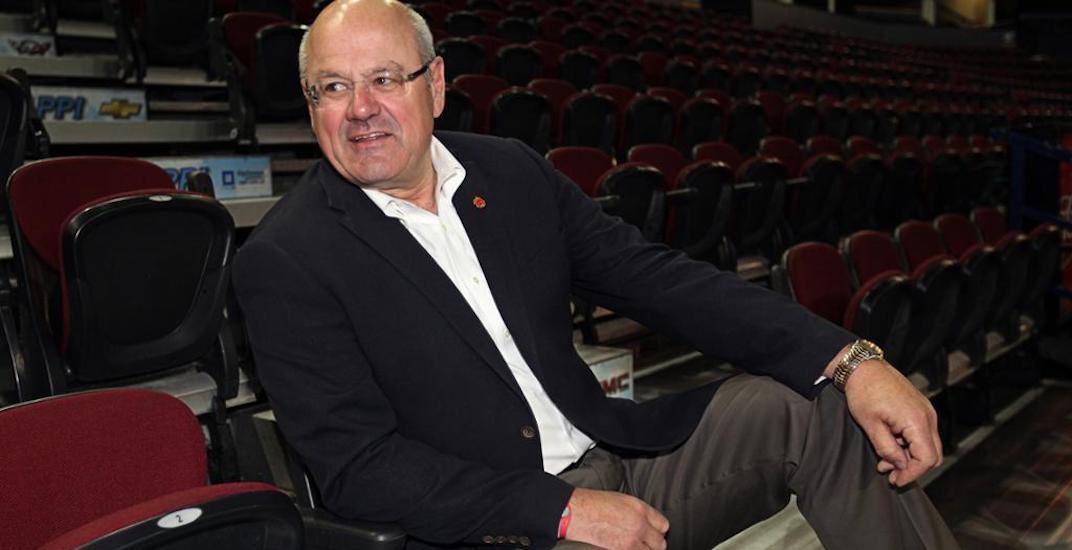 Longtime Calgary Flames President and CEO Ken King has died at the age of 68, following a long battle with cancer.

“Ken was the right leader at the right time for CSEC,” said CSEC Chairman and Co-Owner Murray Edwards in a media release. “His leadership and passion was exhibited every day in his successful delivery of the new Calgary event centre.

“He was a trusted confidant to all of the Flames owners, both past and present, and we all learned so much from him. My partners and I will miss our frequent conversations with our dear friend.”

King had been a fixture in the Flames front office since joining the team as president and CEO in the spring of 2001.

“Ken was an amazing friend and mentor,” said CSEC President and CEO John Bean. “He taught all of us so much through his words and actions. An organization never replaces a person like Ken; you simply honour him by going forward with the same passion and energy that he brought to work each and every day.”

“A proud son of Saskatchewan, Ken King has been a pillar of the Calgary community for five decades,” said NHL Commissioner Gary Bettman. “Following a 30-year career in the newspaper business as president of both the Calgary Herald and Calgary Sun, he has been a champion of Calgary’s sports teams.

“His vision and steady hand have been instrumental in the success of both the Flames and the Calgary Hitmen of the WHL. And his staunch advocacy for the arena project that will guarantee the Flames’ long-term viability in Calgary will serve as a legacy of his devotion to the city. Ken was a friend and I will miss him greatly. My sincere condolences go out to his family.”

King is survived by his wife, Marilyn, his two daughters, Amanda and Jocelin, and his grandchildren.