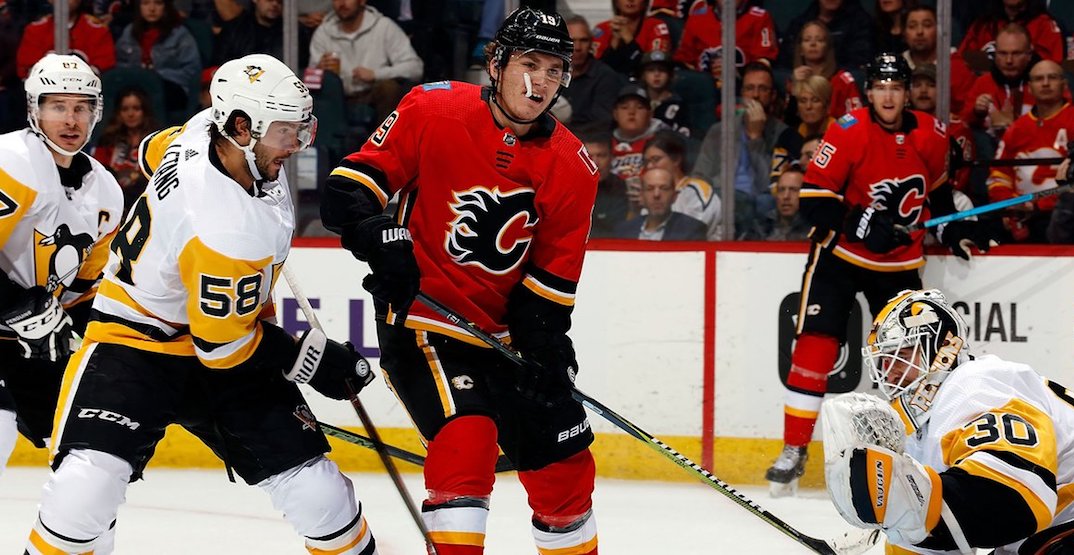 Thursday night was a rough time to be a Calgary Flames fan.

Taking on the Pittsburgh Penguins at the Saddledome, no sea of red was going to stop them from drowning in their worst home-ice defeat in decades.

By the time the clock wound down to finish out the third period, the Flames had been doused by a margin of 9-1.

Flames fans were hopeful heading into the game, and rightfully so, as their team was sitting at a respectable 5-4-0 for the fresh new season, with the Penguins at 4-1-2.

Sidney Crosby opened the scoring less than five minutes into the first period, and it was basically all downhill from there.

It seems the Flames didn’t rally around the scathing words of Matthew Tkachuk, who blasted his team’s effort after their last game in Montreal.

“We’re going to be better though next game. That’s for sure,” he said.

Though the Flames actually outshot Pittsburgh 39-36, the margin of defeat was their worst at home in nearly 18 years.

Flames fans and media were unsurprisingly disappointed in the savage beating and stated so throughout (and after) the downward-spiralling game.

The Calgary Flames: Where Goalies Come To Die

Is there a mercy rule in the NHL? Asking for a Calgary Flames.

The Calgary Flames out shot, out hit, won more draws, and had more power plays than the Penguins, but still lost 9-1….. In Calgary

someone pointed out the flames fan body checking the Pens fan and now I can’t stop watching this https://t.co/IG0Hi7fy3q

If you’re a Calgary Flames fan I can confirm the sun did come up this morning. @NHLFlames #CalgaryFlames @GlobalCalgary #yyc #yyccc #yyclife #Penguins #Crosby #Flames pic.twitter.com/Vzy242piH7