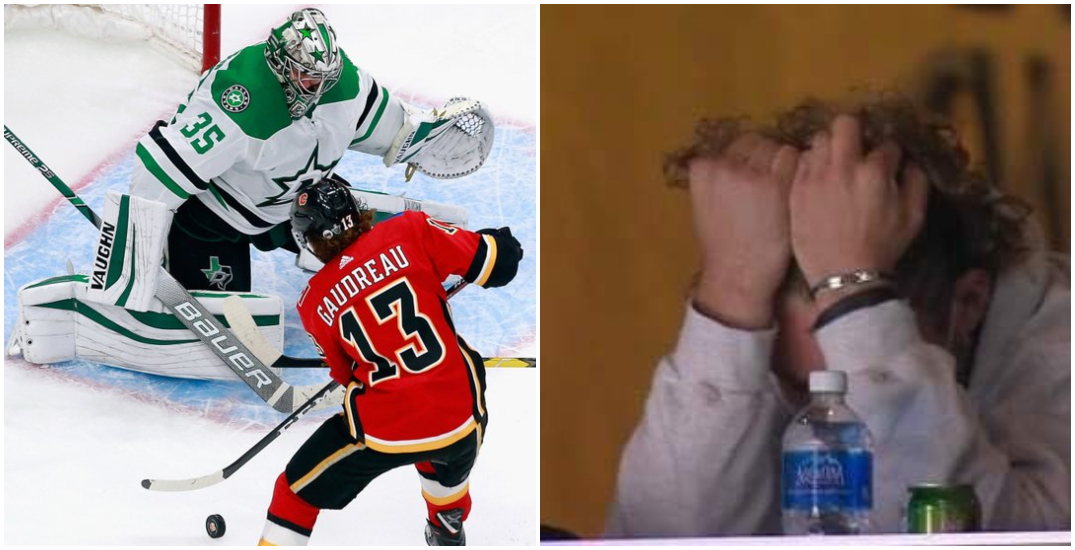 And just like that, the Calgary Flames’ season is over.

Calgary jumped out to an early 3-0 lead against the Dallas Stars in a do-or-die game on Thursday night before things went up in, yes, flames, after allowing six unanswered goals.

Fans took to social media after the game to express their sadness and frustration in what might be the best way to deal with these kinds of losses: GIFs and memes.

After a tough five-game defeat at the hands of the Colorado Avalanche in the first round of the 2019 NHL playoffs, this is yet another tough series loss for the Flames who haven’t advanced past the first round since 2015.

But again, thankfully there’s an endless supply of social media jokes and stabs. Until next year Flames fans.

BTW #Flames after a promising start to these playoffs….. pic.twitter.com/a6lbrAs5M1

3-0 in the first period… #Flames pic.twitter.com/JNaNyqxSDK

He does this with his hands a lot eh? #Flames pic.twitter.com/xoLHpJgsI8

This one really hurt. #Flames pic.twitter.com/SDMa9Oszm7

Another first round exit.

Blow. It. Up. 💣 #flames pic.twitter.com/IWYVP6V8EH

Live look at the Flames pic.twitter.com/GT3EvKUBQM