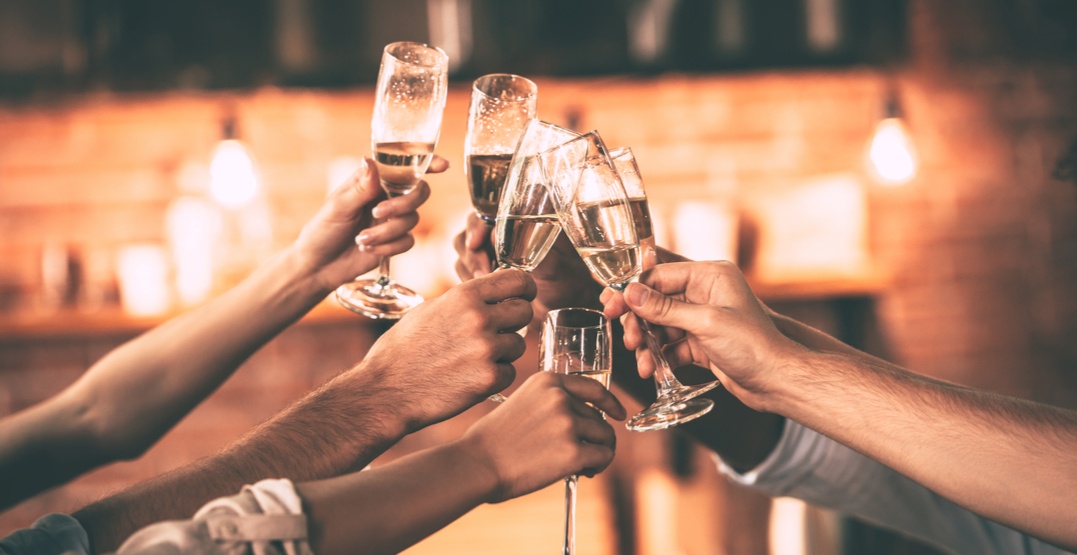 Vegans (and vegan-friendly) Calgarians now have an attractive option for where they’ll be spending New Year’s Eve.

Talk Vegan To Me Clothing has organized a 100% vegan New Year’s Eve party called Champagne Is Vegan: NYE 2018, which promises to feature nothing but vegan-friendly drinks, food, and products.

Live music will be provided throughout the night by artists such as Spenser Sipe and guitarist Devin McMurdo, and tunes from DJ Dejo will close out the night (though, technically, early morning).

Attendees can expect vegan appies during the event, along with hot poutine after the midnight celebration.

According to a release from talk Vegan To Me Clothing, $5 from every ticket sale will be going towards local animal sanctuaries Robin’s Refuge and The Alice Sanctuary.

Not a bad way to close out 2017 and start the new year off on a cruelty-free foot.