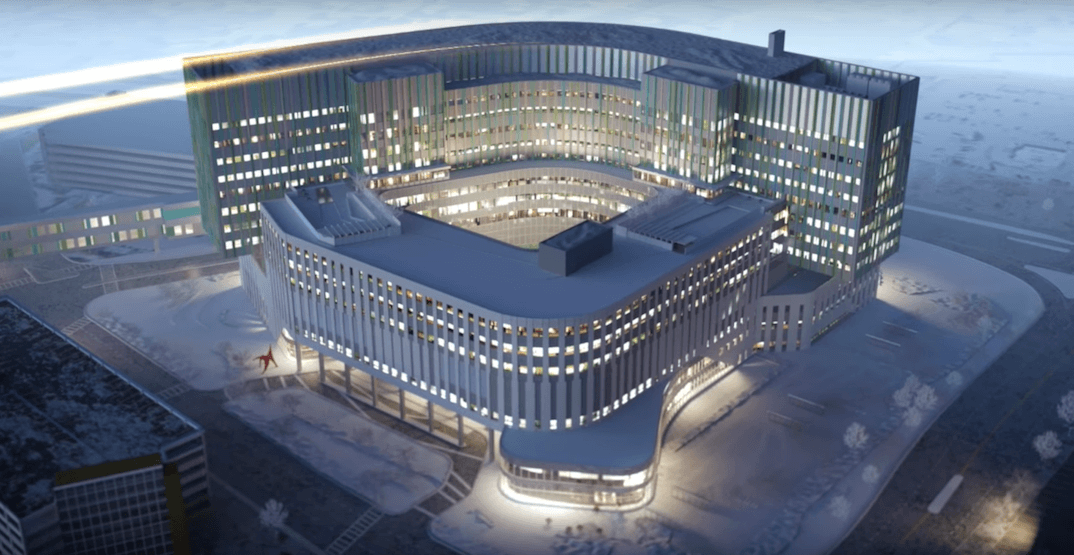 Something big this way comes.

Alberta Premier Rachel Notley was in Calgary earlier this week to announce that construction of the Calgary Cancer Centre was on time and on budget.

And quite the significant budget at that, as the centre holds the title of the largest government infrastructure project in Alberta at $1.4 billion.

“All Albertans deserve top-quality, innovative cancer care,” Notley said in a release from the Government of Alberta.

“I’m so excited to see continued progress on the Calgary Cancer Centre that gives hope and increased access to care to patients and families in southern Alberta. We continue to fulfill our promise to provide life-saving health services in communities across the province.” 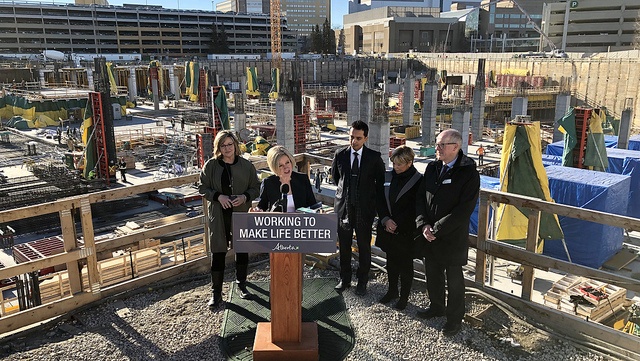 The release also noted that 30% of the concrete needed for the project’s construction had already been poured — roughly 125,000 cubic metres or enough to fill 15 Olympic-sized swimming pools.

Once completed, the centre will host a 12-room radiation therapy department, with all rooms — or “vaults” as they’re described in the release — featuring 1.8-metre-thick walls that will protect visitors from radiation exposure.

“I am so proud of our government’s investment in this project,” said Minister of Infrastructure Sandra Jansen, in the release.

“Our commitment to building vital health care infrastructure means cancer care in Alberta is now among the best in the world.” 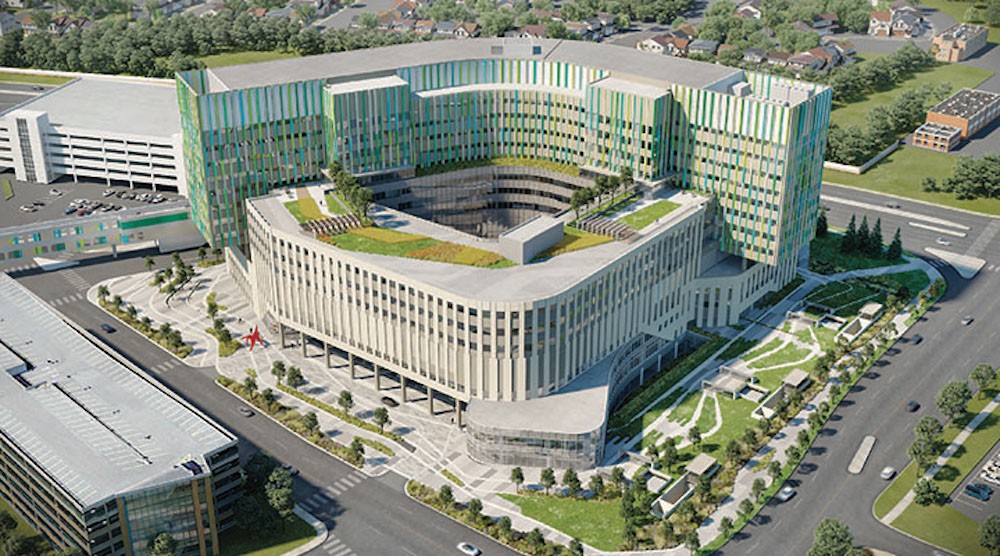 A rendering of the centre (Alberta Health Services)

The new centre is much-needed in the province, as the release states that Calgary’s Tom Baker Cancer Centre reached full capacity in 2003.

In the years since, cancer rates have risen at a rate of 3 to 5% per year, with 54 Albertans discovering that they have cancer per day.

“Staff, patient advisers, and partners have been instrumental in the continued planning and execution of making the Calgary Cancer Centre a world-class facility for Albertans,” said Alberta Health Service’s CancerControl Alberta senior medical director, Dr. Matthew Parliment, in the release.

“We are very proud of all of the work accomplished to date and we are excited about what is to come.”

Tours of a life-sized replica of the treatment rooms will be made available in February, and the full centre is expected to open in 2023 after six years of construction.