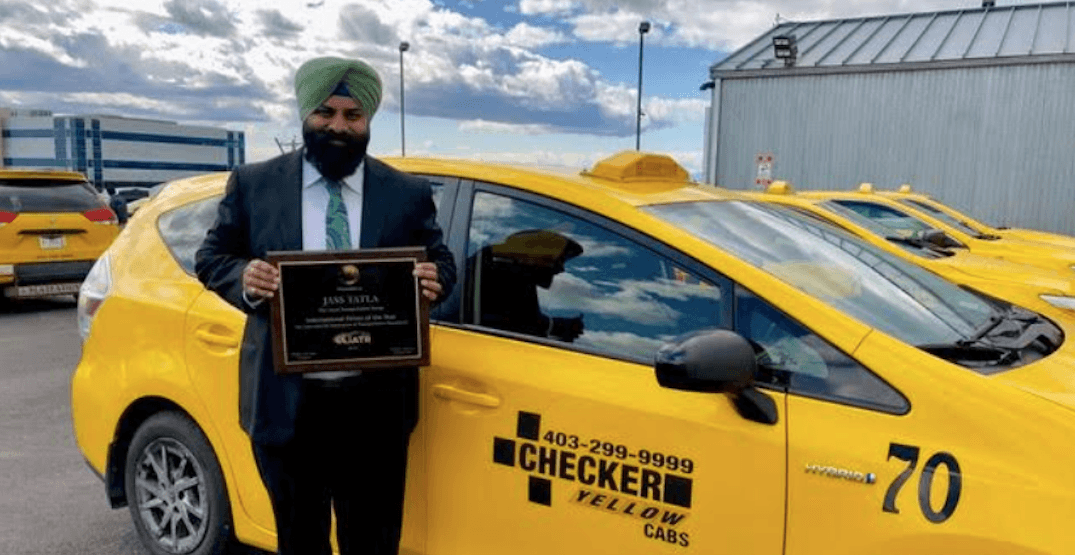 A cab driver with Checker was named International Driver of the Year, by the International Association of Transportation Regulators, at a recent awards show in the city.

He was presented the award at the Hotel Fairmont Palliser by president of IATR
and Chief Livery Inspector of Livery Transport Services.

According to a release from Checker, Tatla received this award after winning “Most Exceptional Customer Service for a driver,” at another event earlier this year.

Tatla, who has driven a cab for 10 years, and driven with Checker for the last three, “lives and breathes customer service, making every customer in his cab an honoured guest,”said Checker.

The company said Tata has “a special rapport” with his customers, and hosts a corporate dinner every year, where he invites all of his clients “to share in a traditional dining experience.”

Checker said there is “no street in the city” that Tatla doesn’t know, and he “prides himself on knowing every Calgary event so he can inform his out-of-town guests [about] what is happening.”

Tatla “is an ambassador to our city,” said Kurt Enders, president of Checker Transportation Group. Our company couldn’t be more proud of him, his dedication to Checker but mostly his loyalty to customers.”

For his part, Tatla said he was humbled by the award.

“There are hundreds of great drivers at Checker deserving of this award,” he said. “I simply treat every guest in my cab as I would in my home.”