Calgary may have just set a new record, but it’s nothing to write Guinness about.

According to a recent release from the Calgary Fire Department, May 2018 just set a five-year record for the most building or structural fires in one month, with a total of 46.

The release came shortly after the department’s first fire fatality of 2018 during a house fire in Calgary’s Tuxedo neighbourhood on June 24, where one body was found during a search of the building, and another victim was treated on scene for smoke inhalation.

“We now regrettably have one fatality from these fires,” said Fire Chief Steve Dongworth, in the release.

“Each and every one of the serious fires amongst these has resulted in families, and sometimes multiple families, losing their homes, property, possessions and belongings — as well as a number of pets. Many of these belongings are irreplaceable — and in some cases homes and property were not insured.”

One of the largest fires in Calgary history burned on May 30, a four-alarm fire that destroyed a 64-unit condo building in Inglewood.

The release states that the fire is suspected to have been started from careless disposal of smoking materials in a patio planter. 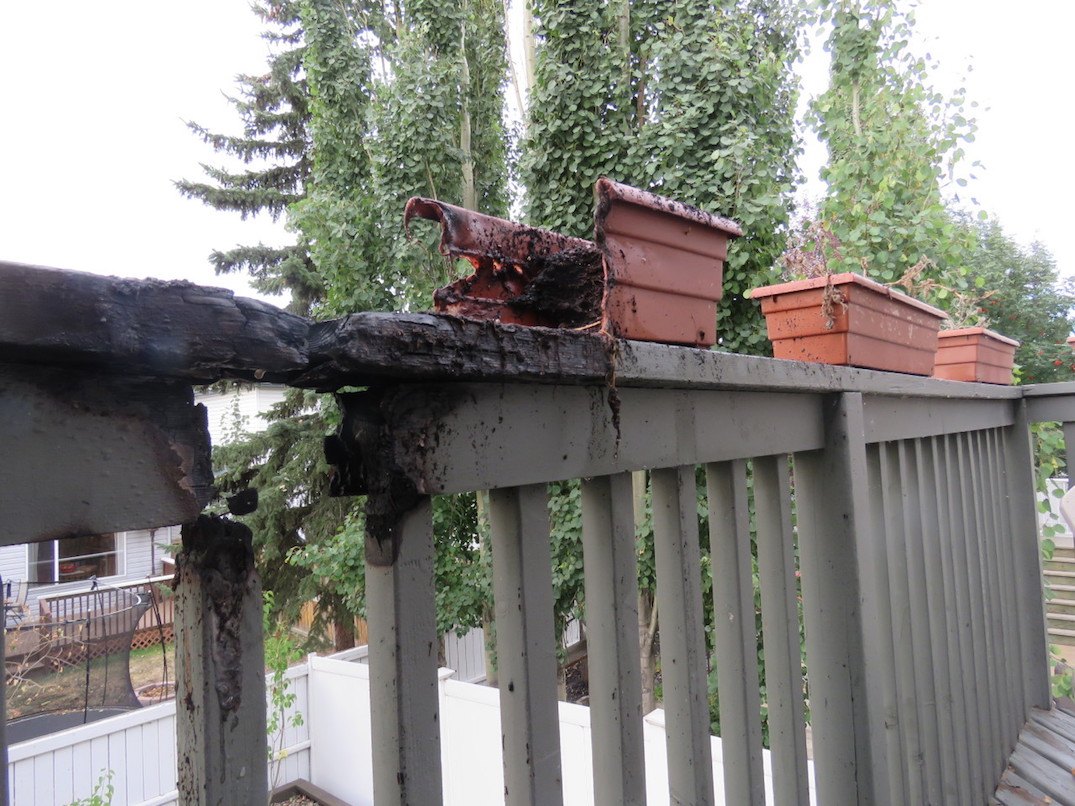 Of the 17 most serious fire investigations in May, 10 were suspected to have been caused by the someone carelessly discarding a cigarette butt or other smoking material.

May was also the third busiest month for fire calls of any sort since June 2015, with 196 reported fires in the one month alone.

Dongworth said in the release that people need to be more careful with how they dispose of their used cigarettes.

“Given that the majority of our most recent building fires were likely preventable, we need Calgarians to responsibly dispose of all smoking materials and consider the safety of their families, their neighbours and the first responders who attend these calls.”