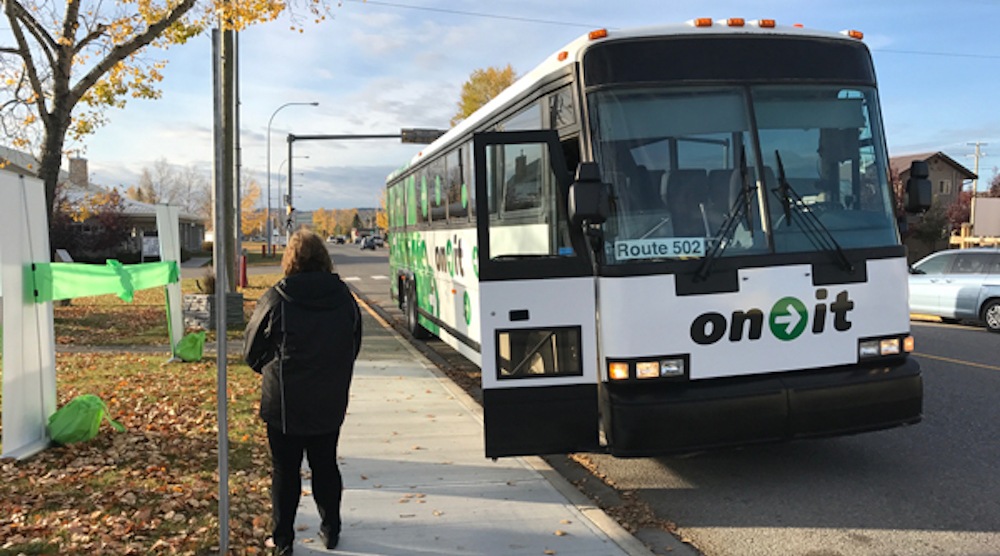 Using a 55-seat passenger bus with a bathroom on board, On-It Regional Transit is hoping to launch their Banff pilot program to give Calgarians an alternate mode of transportation to the mountains on weekends and holidays.

“It’s in the initial stages, but we’re extremely excited,” said Regional Transportation Program Manager, Ettore Iannacito. “We’re trying to figure out what we need to charge in terms of fares right now while working with our partners in this project from Banff, Canmore, Cochrane and Parks Canada.”

If green lit, service on weekends and holidays between Calgary and Banff would commence mid-June running until Labour Day long weekend.

In the morning, the buses which are parked in Okotoks, would depart heading into Calgary with stops at Somerset-Bridlewood and Crowfoot LRT stations, then up to Cochrane and over to Canmore and Banff.

Service during the day would go back and forth from Banff to Crowfoot LRT Station, and the last service of the day would take passengers back to Okotoks.

“We have been thinking about the Banff to Calgary connection over the last few years, and because it’s Canada’s 150 this year, we thought maybe one of our next pilots could be to connect people to Banff,” Iannacito told Daily Hive.

The pilot provides all day weekday service between the municipalities making daytime commuting much easier. More information, along with maps and schedules for the first pilot can be found online..