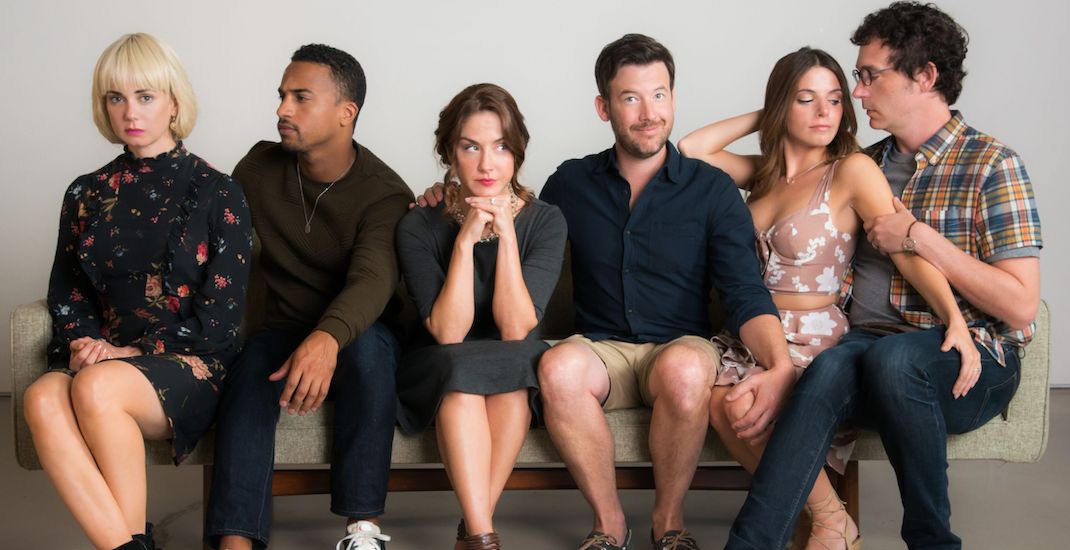 As summer fades away, so do the mimosas, flamingo floaties, and summertime Insta posts. Out comes the pumpkin spiced lattes, cozy sweaters, and hot apple cider.

And while you’re busy creating your Insta-worthy Halloween costume, you’ll want to make sure you’re up to speed on the must-see events in Calgary this fall.

It seems the Calgary arts scene is determined to keep the sizzling temperatures up with some scorching hot shows and events. Local style influencer Apryl Dawn plans on melting the ice at Commonwealth Bar with her untamed Punk Meets Fashion show. Alberta Theatre Projects’ The Last Wife is a red-hot contemporary play about a troubled marriage and a country on the verge of war.

Maybe you won’t need those cozy sweaters to keep you warm after all, Calgary.

Here’s a run-down of the top arts shows and events this fall. 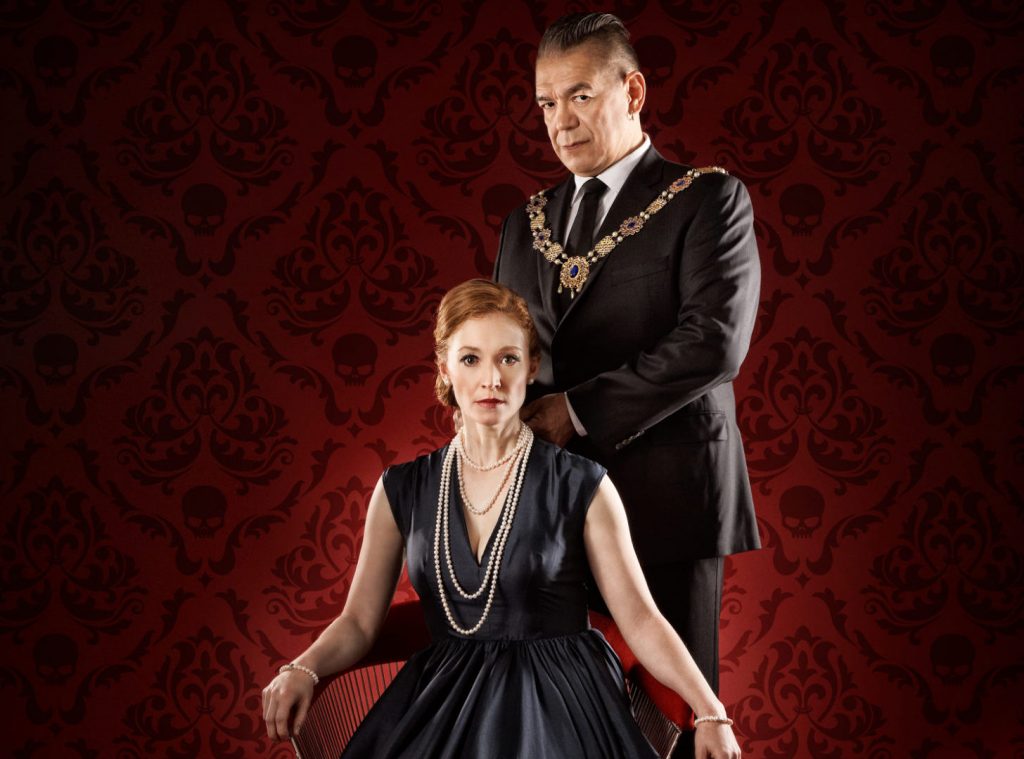 Originally produced for Canada’s prestigious Stratford Festival, The Last Wife has been described as part House of Cards, part Game of Thrones. Instead of winter, it’s war that’s coming – and the story’s heroine, Katherine Parr is caught up in a number of battles. Married to Henry VIII, the most powerful man in England, Katherine faces her own intense dramas involving sex, violence and women’s rights in this powerful contemporary tale. 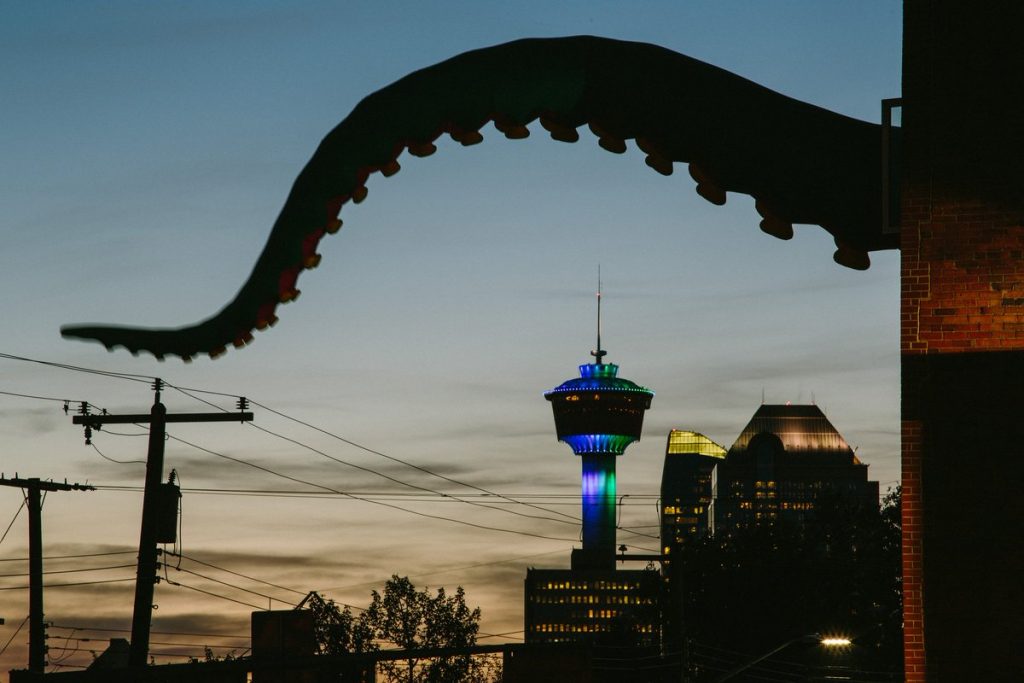 Beakerhead is an annual festival involving pop-up art exhibits and city-wide events that celebrate the latest innovations in art, science and engineering. In past years, we’ve seen enormous artistic renderings of rabbits, and a hamster wheel. This year, be prepared for the city to be overtaken by a life-sized Snakes and Ladders concept. This interactive exhibit will encourage participants to explore the city and take in the numerous public art displays, which will include workshops and a Stephen Avenue street party.

Where: Various Venues
When: September 13 to 17
Tickets: Free and ticketed events; All events listed here 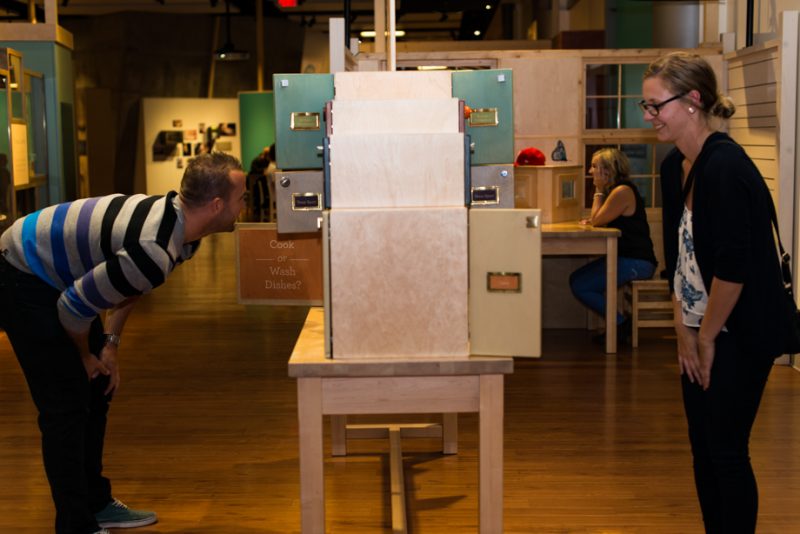 TELUS Spark’s Adults Only Night happens on the second Thursday evening of every month. (Robin Fong)

Let’s face it. No matter how old we get, we will always love geeking out at cool science exhibits. But we also love to enjoy drinks with our friends, and get our groove on to the latest Katy Perry or Drake beats. That’s why the second Thursday evening of every month is TELUS Spark’s Adults Only Night.

September 14’s theme is Hack It. The focus of this evening will explore how the art and science of hacking – not into electronics or software, but into your life or mood – can help you change your life.

There’s nothing like a classic detective drama, especially when murder and corruption is involved. Vertigo Theatre’ season-opening play, Nine Dragons, will offer edge-of-your-seat suspense. But on top of this, it will also be the world premiere of this Canadian play. Follow detective Tommy Lam as he gets to the bottom of things when the body of an upper-class European girl is found on the seedy side of Kowloon Bay. 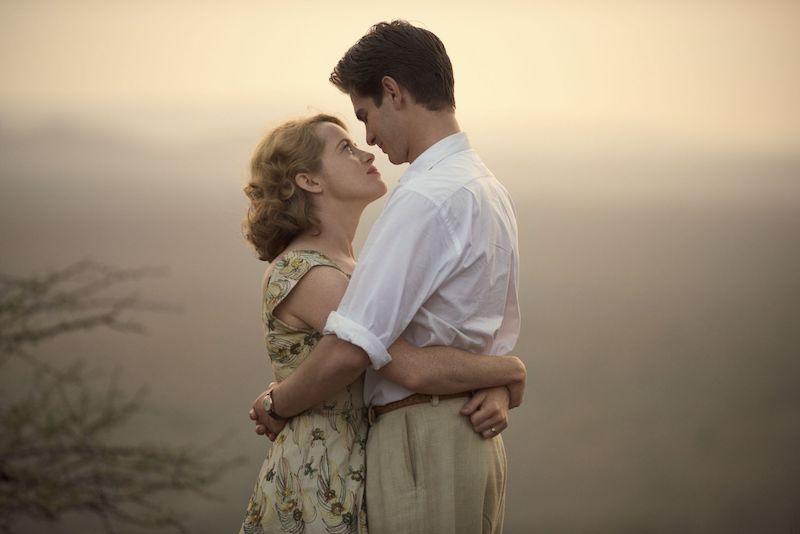 The 18th annual Calgary International Film festival will feature buzz-worthy films from a total of 54 countries. Things will kick off on Wednesday, September 20 at the opening gala held at the Jack Singer Concert Hall. When they Awake, an uplifting, documentary about critically-acclaimed indigenous musical artists in Canada, has been selected as the opening film.

Another highly anticipated film is the UK’s Breathe, starring Andrew Garfield and The Crown’s Claire Foy. Other must-see films include A Swingers Weekend, a comedy about a planned swingers weekend that goes south, and Rebels on Pointe, a documentary on Les Ballet Trockadero de Monte Carlo, the international all-male drag ballet company.

Where: Various Venues
When: September 20 to October 1
Tickets: From Calgary International Film Festival, $10-15 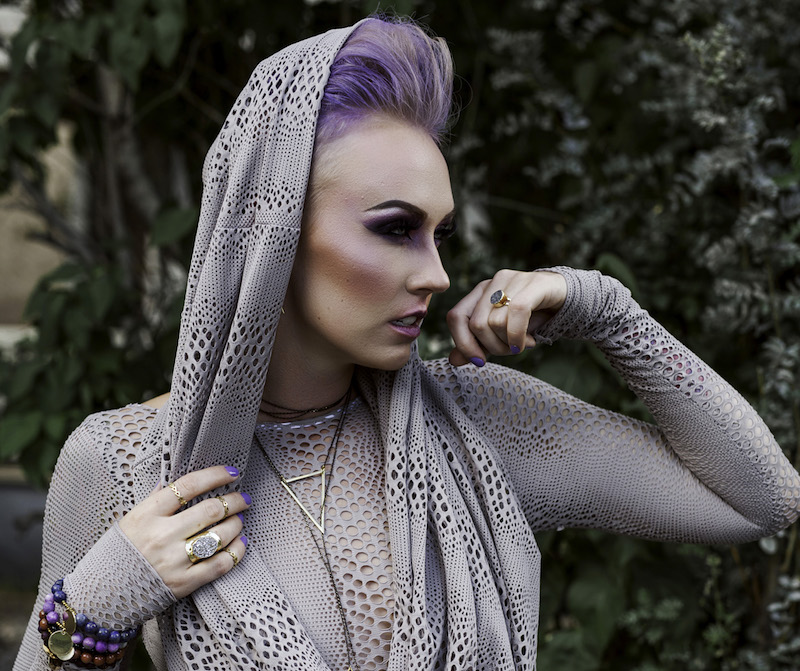 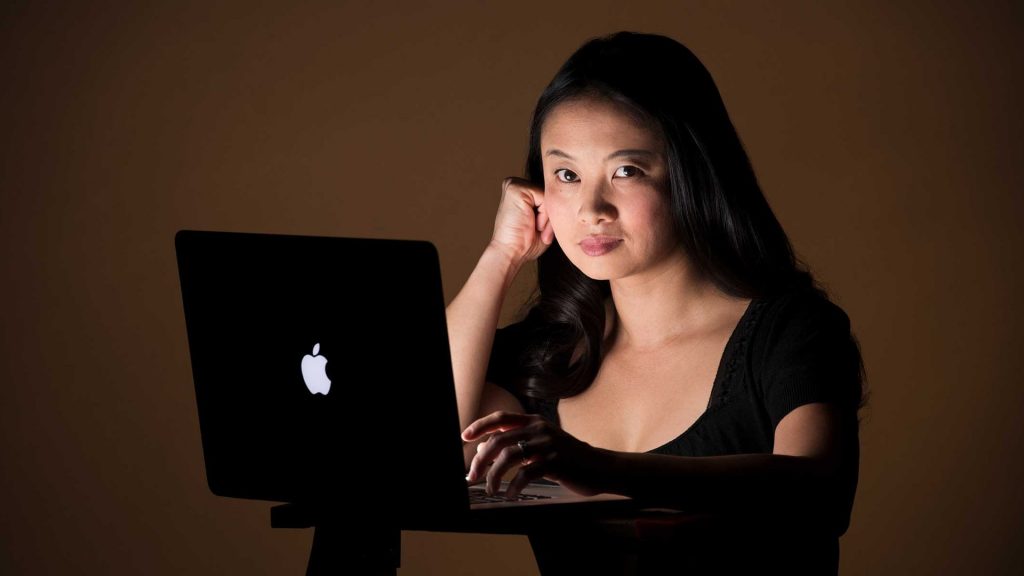 In between Instagramming, Snapchatting and Tindering have you ever stopped to think about how real our online connections really are? Theatre Calgary presents Forte Musical Theatre’s acclaimed musical, Touch Me, in the intimate Big Secret Theatre. Soaring vocals, witty humour, and thought-provoking moments make this show a unique, not-to-be-missed experience. 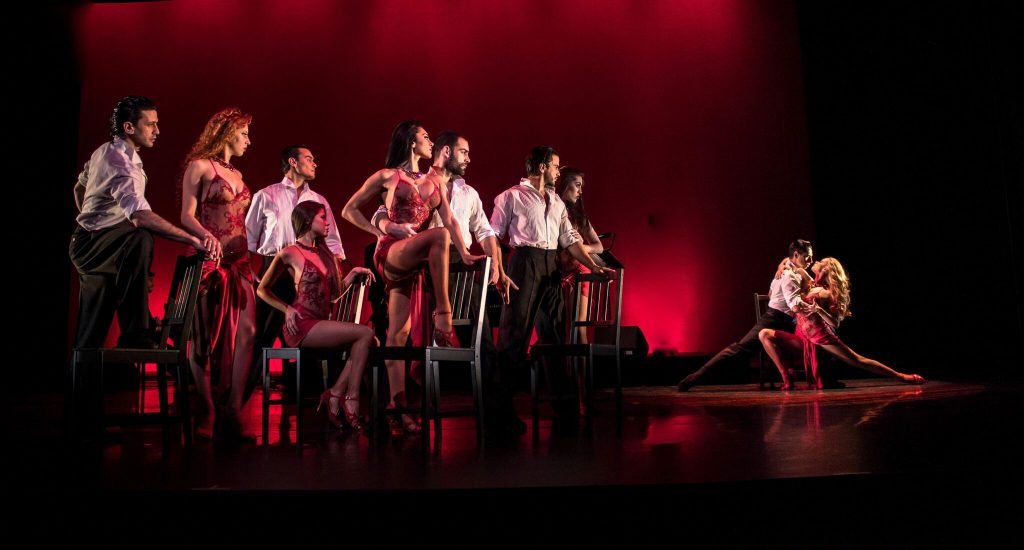 As things start to get chilly, Tango Fire will turn the temperature blazing hot. This sultry and passionate dance company from Argentina has been invited to open Alberta Ballet’s 51st season. Be prepared to be blown away by an incredible display of athleticism, artistry and of course sensuality, as Tango Fire ignites the stage with the iconic dance style developed in late-night Buenos Aires tango houses. 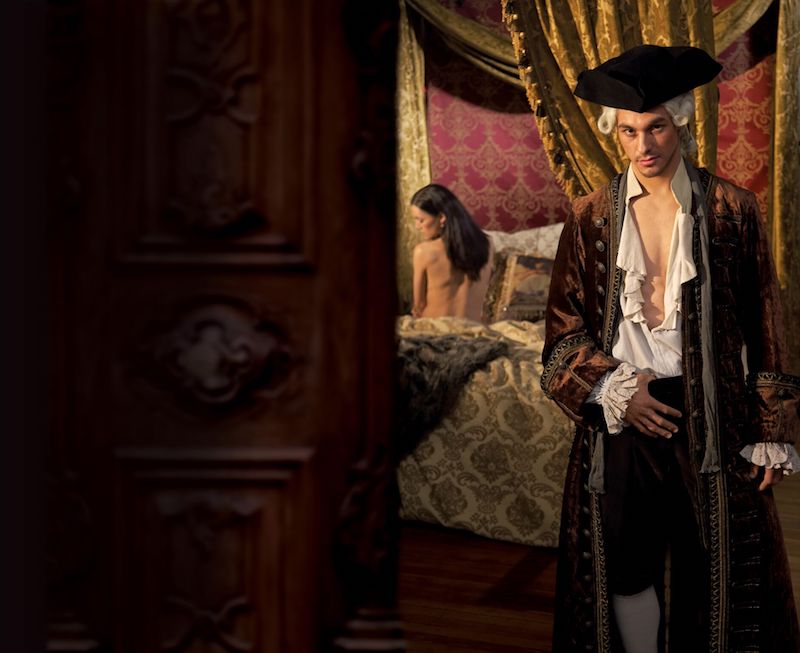 One world shows the dancers in decadent French period costumes, portraying the manipulative, societal manners of the time. The second world sees the dancers in sensual costumes, revealing the uncontrollable sexual desires and emotions of the corseted characters. When the two worlds collide, the claws will come out and the corsets will come off.