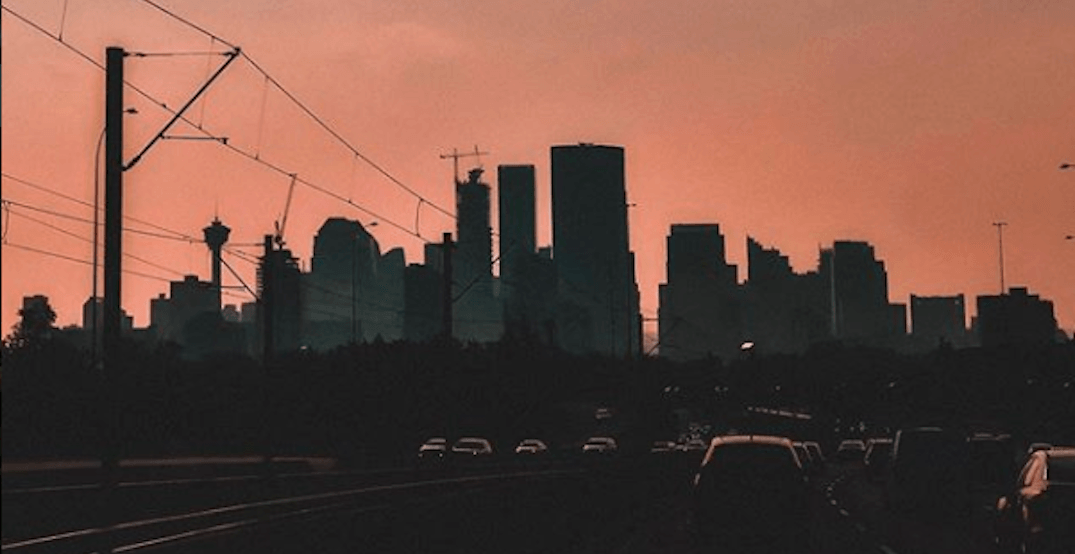 Surprise, surprise… there’s another special air quality statement for the City of Calgary.

Anyone with eyes or lungs could have told you that the smoke — which was mostly gone two days ago — is worse than ever here in Calgary, prompting yet another advisory from Environment Canada.

According to the release, the smoke is causing reduced visibility and poor air quality, with the Air Quality Health Index for the city currently sitting at 7, though it is expected to go to 10+ by later today.

It’s kind of like golf, the higher the score, the worse off you are.

We’re hoping that some weekend rain might be enough to wash away all the haze, but the release from Environment Canada states that we’ll be stuck with the smog at least until Friday.

“Smoke will likely dissipate as far south as the Capital Region this evening, while smoke will linger until Friday in southern parts of the province,” reads the release.

As always, Calgarians are encouraged to seek out buildings with air-conditioning and proper ventilation and to note that anyone with existing cardiovascular or lung disease, as well as children, and seniors are especially at risk.