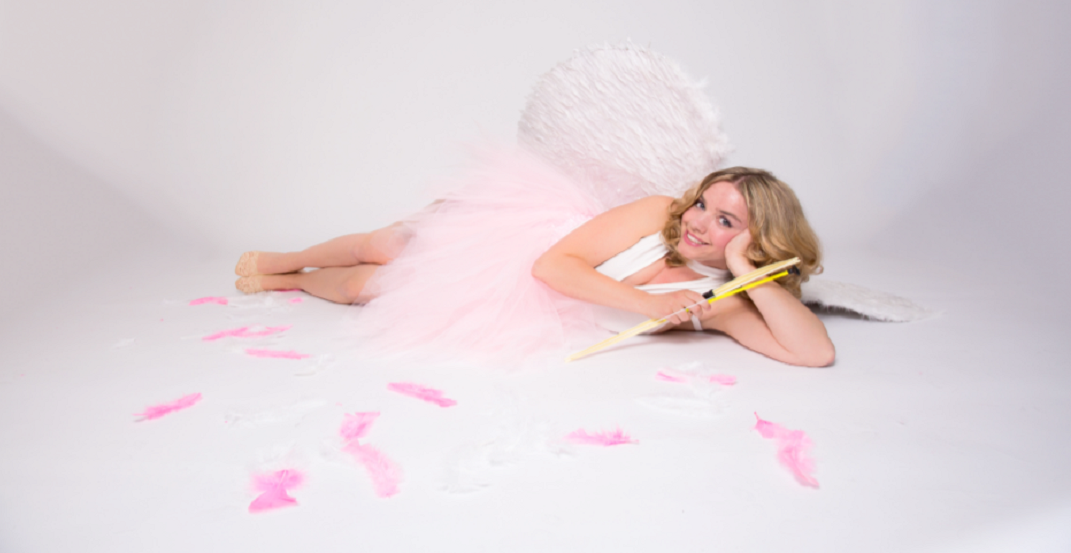 Calgary’s own Liz McMullen is returning to her hometown in style.

The actor just spent the last decade training and performing in the UK, and will now be bringing her one-woman show, Stupid Cupid, to Calgary for a handful of shows at the end of the month.

Stupid Cupid, whose titular character is played by McMullen herself, is a Cupid in training, taking an exam to get her wings.

However, halfway through the test she accidentally shoots herself with an arrow, causing her to fall deeply in love with everyone in the audience, according to a release.

“If Love is a drug, meet the dealer.”

Stupid Cupid will play at the Pumphouse Theatre on November 29 and 30, and tickets are currently available online for $20.