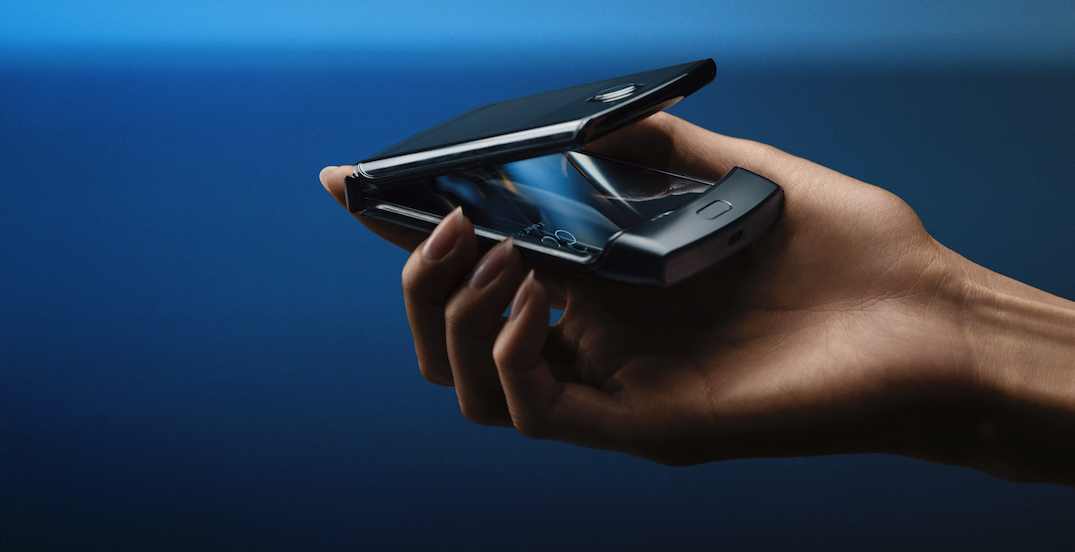 Get ready for a blast from the past: Motorola is reviving its popular razr flip phone and it will be available in Canada starting early next year.

Motorola has reinvented its beloved razr, which was wildly popular in the mid-2000s, as a smartphone with multiple screens that fold, similar to Samsung’s Galaxy Fold.

However, unlike the Galaxy Fold, the razr folds vertically instead of horizontally, staying true to its traditional clamshell design.

While news of the iconic phone’s comeback was first reported back in January, Motorola made its official announcement on Thursday.

When fully opened, the new razr features a tried-and-true 6.2” screen with a 21:9 display that’s perfect for watching movies and shows on the go. The razr then folds back to a pocket-friendly sized cell phone when not being used.

The new model also features a 2.7-inch OLED interactive Quick View front display, which is a touch screen that helps you tackle notifications without having to constantly open your phone.

Like the original razr, the Quick View display has information readily available at a glance when the phone is closed, but it also lets you interact in completely new ways.

This includes easily being able to see all of your notifications, authorize mobile payments, control media playback, use Google Assistant, and respond to texts, emails, and calls without ever having to open your device.

But one thing that will remain the same is the phone’s ability to snap open and closed when taking a call.

Motorola says the new razr brings back that “satisfying feeling of hanging up your phone by flipping it closed,” thanks to the hinge’s smooth tension and the sturdiness of the screen.

As for when you can get your hands on the new model, a spokesperson from Motorola confirmed to Daily Hive the updated razr will be available in Canada starting in early 2020.

However, Motorola was not able to confirm where the device will be available for purchase in Canada at this time.

Additionally, Canadian pricing is also not currently available, but the new model is going for $1,499 in the US, which is about $2,000 Canadian.