The numbers are finally in, and it’s looking like a bill of $3 billion will be put on the municipal, provincial, and federal government if Calgary ends up hosting the 2026 Winter Olympics.

The total cost, according to a recently released Draft Hosting Plan Concept from Calgary 2026, would be an estimated $5.23 billion, with the difference being covered largely by the International Olympic Committee (IOC) and related revenues.

A large part of the total public investment would be put towards urban development that would see eight of Calgary’s existing 1988 Olympic infrastructures refurbished for the 2026 Games. 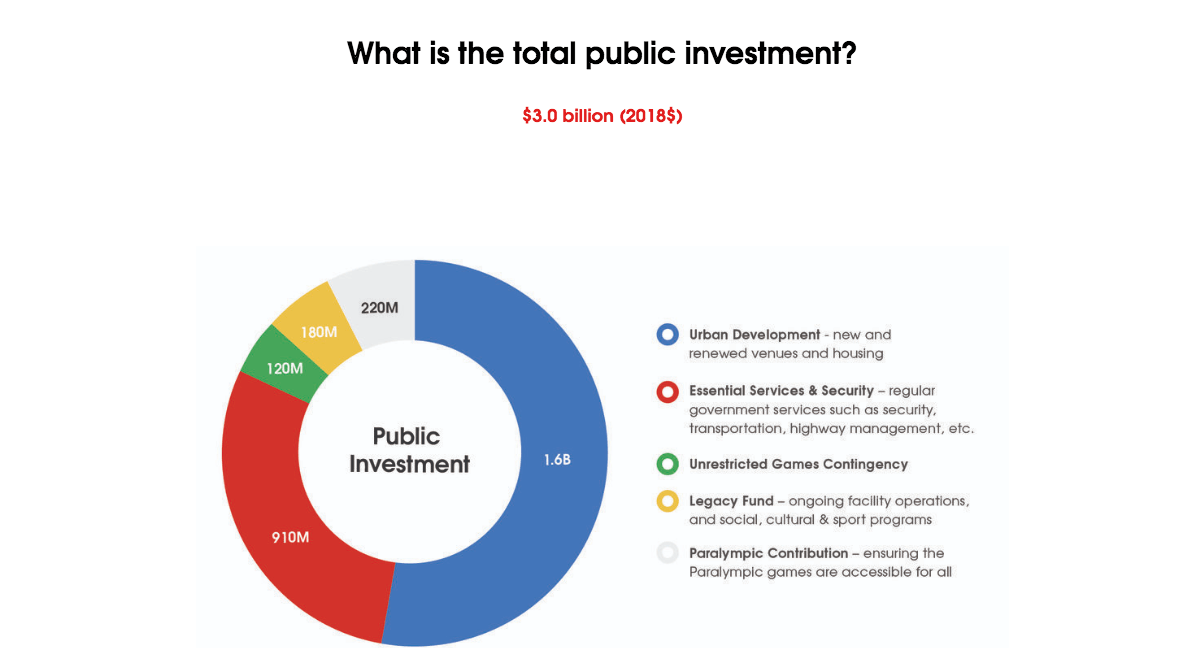 The 80-page plan was released just before a City Council meeting that would either push the potential bid forward to the expected November 13 plebiscite or stop the entire enterprise in its tracks.

Included in the $5.23 billion plan are two new facilities within the city of Calgary; a fieldhouse for figure skating and short track speed skating, and a mid-sized arena with a capacity of 5,000 to 6,000 people that would be used as a secondary hockey arena to the Saddledome and a main arena for the Paralympic Games.

The Saddledome would be refurbished, with improvements including; accessibility upgrades for seating and washrooms; better power and field of play lighting; a re-commissioned ice plant; upgrades to the concourse, club, and suite levels; and structural and mechanical capital maintenance.

All predicted expenses are in 2018 dollars.

The Games would span from the Winsport’s Canada Olympic Park in Calgary to BC’s Whistler Olympic Park, with the majority of the events taking place at Stampede Park, Foothills Park, and WinSport. 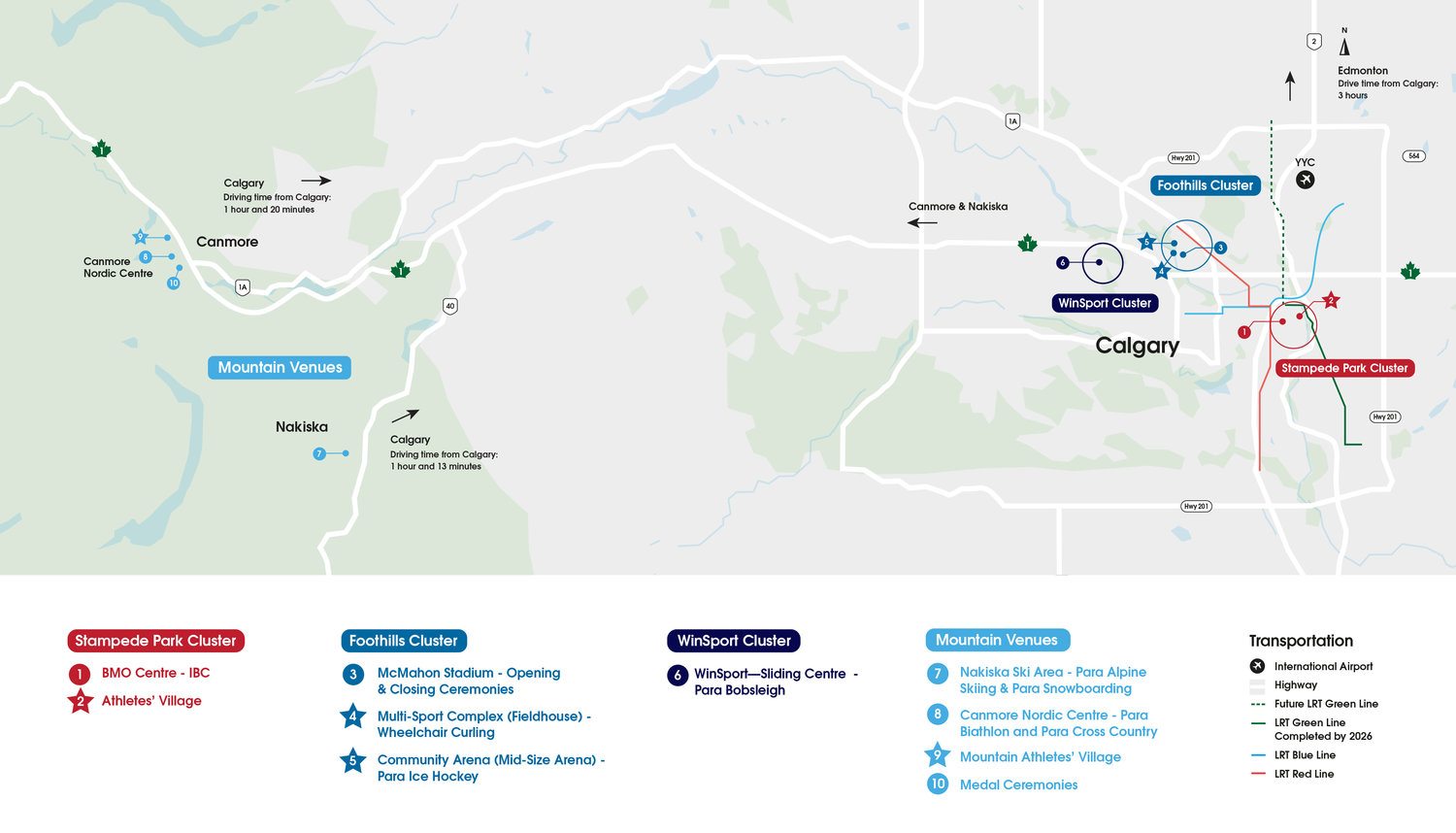 Snowboard Cross, Ski Cross, and Alpine Events would take place in Kananaskis Country’s Nakiska, the Biathlon and Cross-Country Skiing would be located at the Canmore Nordic Centre, and Ski Jumping and Nordic Combined would be at Whistler Olympic Park.

A contingency cost of 18 to 23% has been added to each individual project within the plan to mitigate economic risk, running a total of over $1.1 billion.

If the plan is approved by council on Tuesday, the decision on if Calgary will make an official bid for the 2026 Olympics will go to a city-wide plebiscite in November.

If the majority of plebiscite voters approve and the bid is placed, the city will find out if it will be hosting the XXV Winter Games by September 2019.