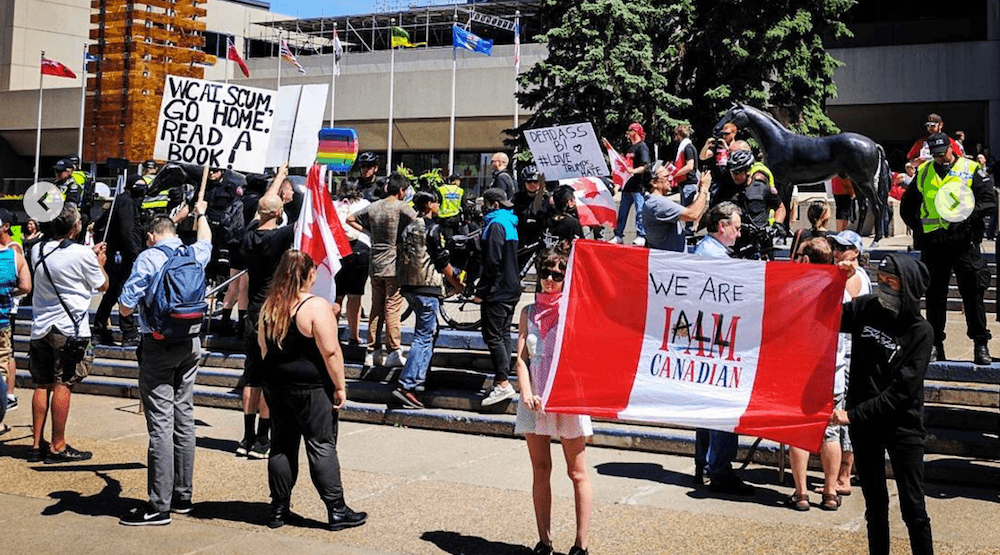 Over the weekend, a planned anti-Muslim rally in Calgary took place at City Hall drawing out many Calgarians with opposing views.

The World Coalition Against Islam had put up an event post on social media, saying a ‘Patriotic Festival’ would be happening, featuring bands and speeches to make a stand against Islam.

Today, the group commented about their rally’s low attendance and anger towards city officials for changing the site of their anti Muslim protest. 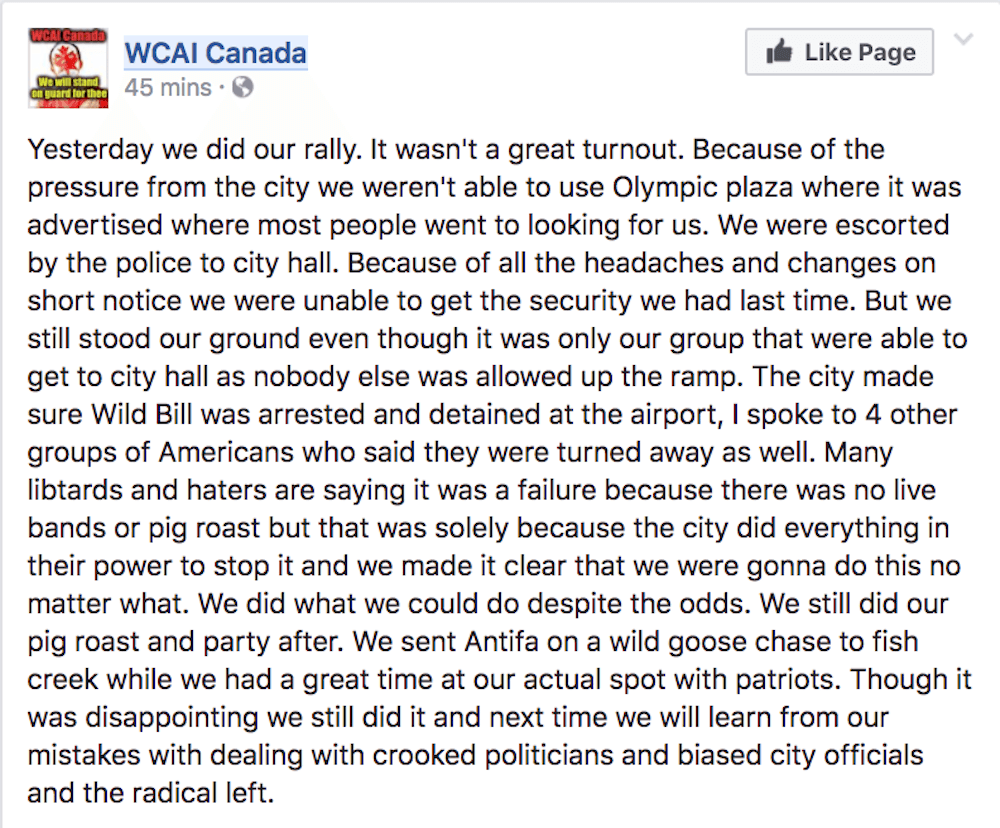 The Anti Muslim rally was met by members of Calgary Anti-Fascist Action (AFA) who gathered on the other side of the City Hall, as well a few dozen people watching the two sides rally.

Here are some pictures from this weekend’s protest, and protest of protest.

ANTIFA vs WCAI was lots of yelling and no gun violence. Sounds like a pretty good protest to me! Honestly though, for a person who was simply there observing and taking pictures and had no affiliation with either side, I felt as if both sides were ready to hit me at any second.

*Scroll to the right for more pictures*

Lots of people out counter protesting nazis. You can’t really see the fascists here as they’re all hiding way behind their police escort

WCAI scum fuck off. I stand with my Muslim sisters and brothers.

Both showing our pride for an anti racism rally in #yyc! Loving the vibes and activism 😁 #metis #sikh

Me and ma girl @vulcanfest standing in counter-protest this weekend of the ‘Anti-Islamic’ marches happening in Calgary #yyc NO ROOM FOR HATE!! <3