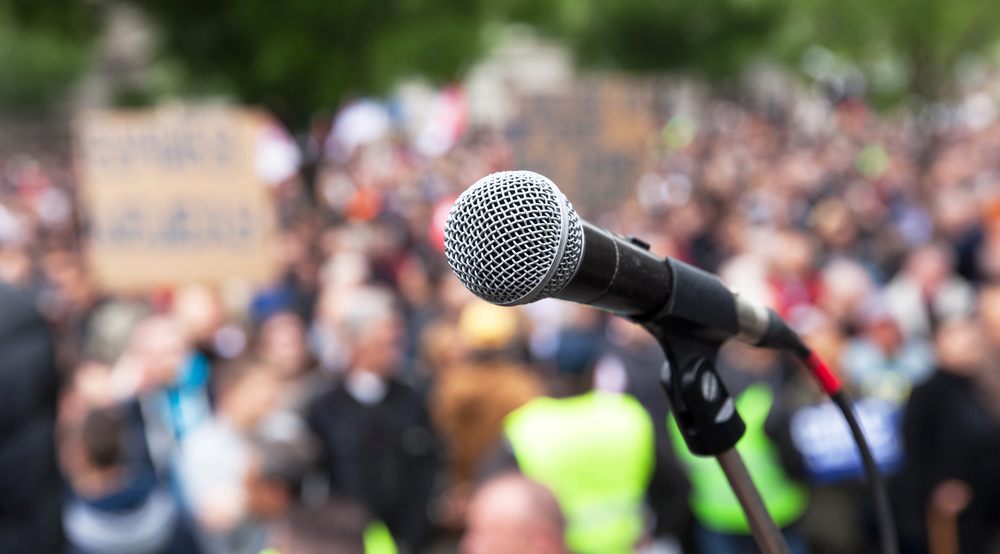 People have turned to social media, voicing their concern over the safety of Muslims around downtown Calgary this weekend.

A message circulating on Facebook today urges Muslims to stay away from Olympic Plaza on Saturday, June 24, due to a planned rally by the Worldwide Coalition Against Islam group in Canada.

In the Facebook post it says during the rally time Muslims should stay away from City Hall and Olympic Plaza train stations if using public transit this weekend. 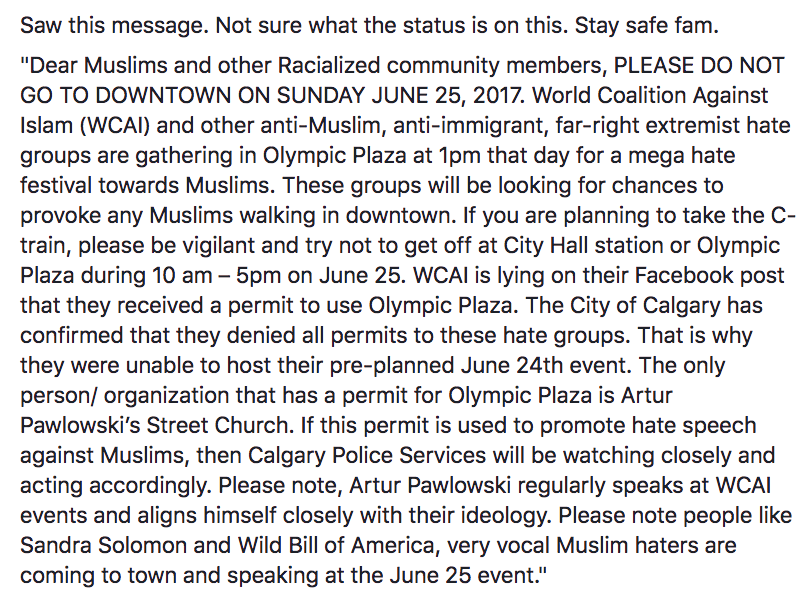 The following video was posted on the WCAI’s Facebook wall, saying a ‘Patriotic Festival’ will be taking place on Saturday features bands and speeches to make a stand against Islam and “express the dislike for them.”

The video also explicitly says there will be a “pig roast as well.”

The WCAI also posted a message on their Facebook wall condemning Mayor Naheed Nenshi, saying that he has an “Islamic jihad agenda going and wants to silence us.” 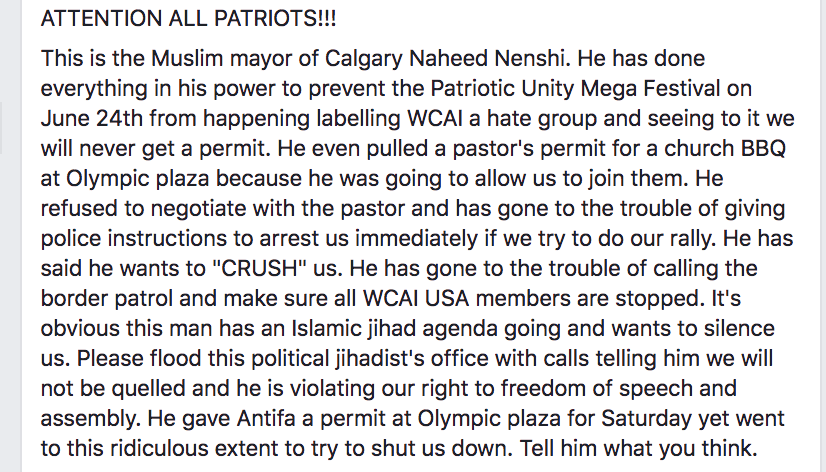 Calgary Police Service spokeswoman told Daily Hive they’re aware the rally is happening on Saturday saying “CPS will staff, and respond accordingly, if and when needed.”