There aren’t many days where international music stars such as OMI, call a 12-year-old Calgary girl and ask her to perform with him on stage. It’s also not everyday that you get diagnosed with a rare cancer that has a 1% chance of survival rate. Natasha Gould’s story is exactly this, unique.

Almost a year ago today on May 1, 2014 Natasha Gould was diagnosed with a rare, highly aggressive and difficult to treat brain tumor. Diffuse Intrinsic Pontine Gliomas (DIPG) is found at the base of the brain and mostly diagnosed in children. Scheduled for the same day, was Natasha’s try out with the Calgary Stars Gymnastics and Cheerleading Club. Due to her now medical condition, a discouraged Natasha wasn’t able to try out for the team. When Stars club owner and coach, Jodi Poirier heard about Natasha’s story she wasn’t going to let Natasha’s dream go unfulfilled. 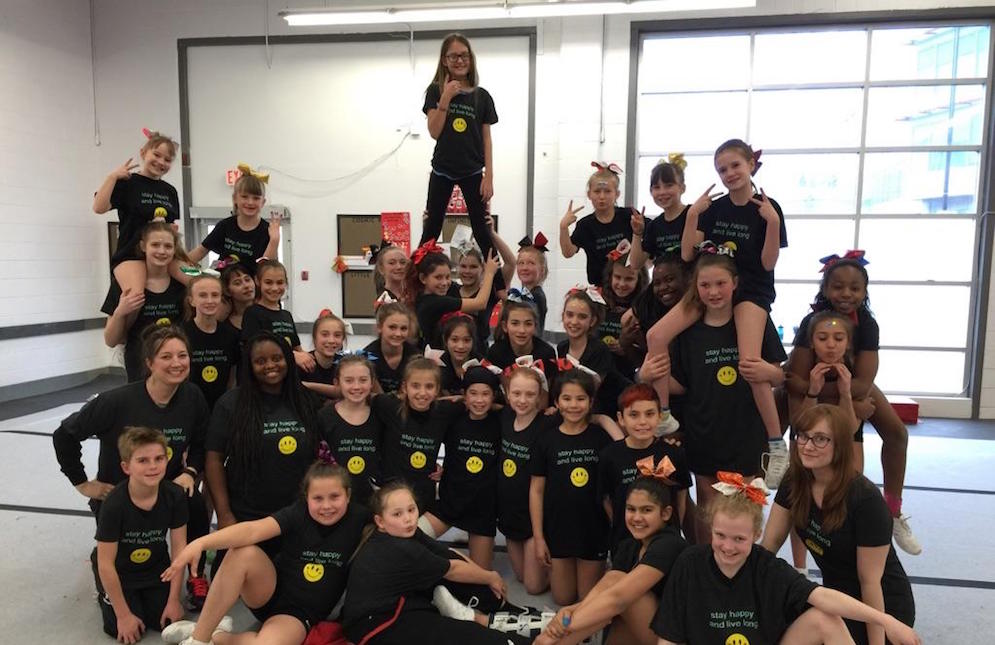 Stars made Natasha an honorary member and performed with her at the Stampede City Showdown Competition on March 12, 2016. Her “Dream Come True” Team performed in front hundreds of cheer athletes and Natasha received good luck video wishes from cheer teams all over the world; as well as, stars like Paul Brandt and Hedley, and even local celebrity and politician, Calgary Mayor Naheed Nenshi.

The publicity from the event traveled internationally and music artist OMI, who is performing in Calgary this weekend, honoured Natasha and her cheer team to perform with him on stage while he sing his hit song ‘Cheerleader.’

Natasha was overjoyed by the news. “I was so happy when the team invited me to join them and I had so much fun in my first competition. It’s great how that led to this opportunity for the team. We are all excited to perform at the OMI concert!”

In support of Natasha’s fight against and awareness of DIPG, Natasha and her family have set up a blog ‘Pray for Natasha‘ and a YouTube channel vlog.

The concert will be at the Grey Eagle Casino this Sunday, May 1st. Tickets for the show are available online here.