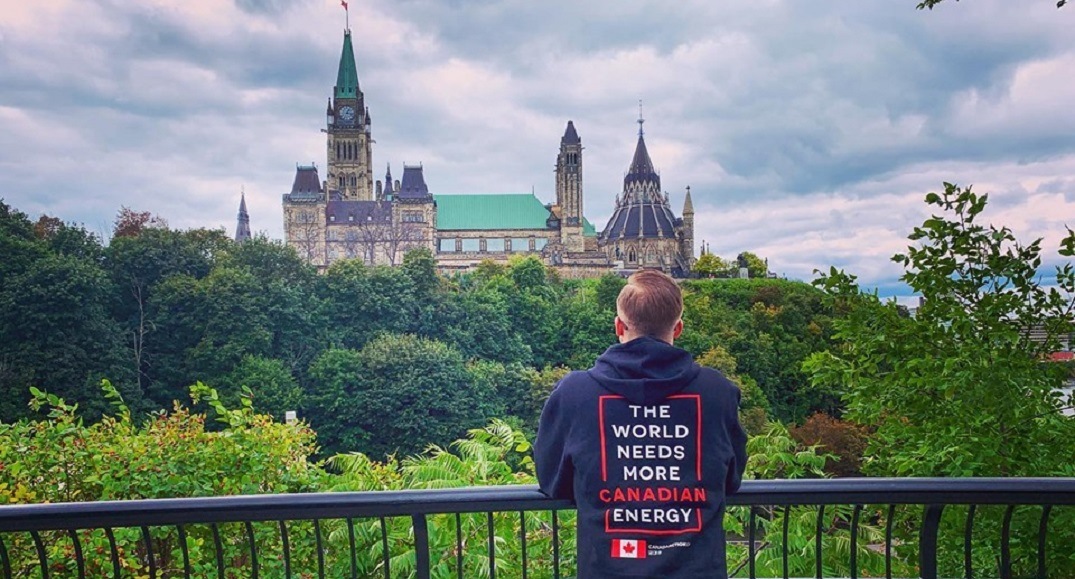 A Calgary man found himself in Ottawa this past weekend, though his trip to parliament was apparently cut short at the building’s front doors.

Chris Wollin was visiting Parliament Hill with his partner Mallory Hartviksen on Saturday when they were allegedly denied entry to a tour of parliament.

“Great day touring around Ottawa today aside from being told by security that we weren’t allowed to tour parliament with our Canada Action shirts because they were ‘too political,'” he wrote on September 14.

“I’m not sure what is wrong with proudly supporting our national energy sector and all the benefits it provides to all Canadians.”

Canada Action describes itself as “an entirely volunteer-led grassroots movement encouraging Canadians to take action and work together in support of our vital natural resources sector,” according to the group’s website.

Some of Canada Actions campaigns have included Boycotting Lush Cosmetics because the company’s website took a stance against pipelines, calling on the University of Alberta to rescind David Suzuki’s honorary degree, and standing in solidarity with the Oshawa automobile manufacturing plant, which will be closed at the end of this year.

According to the Parliament of Canada’s website, “Participating in any form of demonstration inside the buildings is prohibited, including wearing items or clothing with visible political messages.”

While political demonstrations inside the buildings are prohibited, Parliament Hill is no stranger to rallies beyond its walls.

The pro-oil United We Roll convoy arrived in Ottawa just this past February to advocate for the country’s oil and gas industries, with Conservative leader Andrew Sheer giving a speech to participants shortly after they arrived.