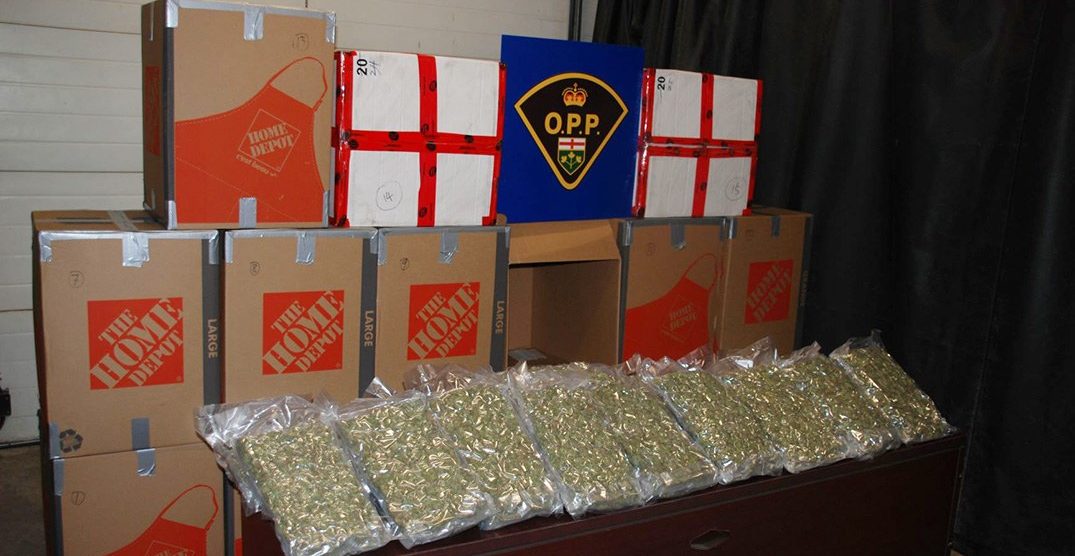 The Ontario Provincial Police are crediting a tipster with a recent bust of almost $2 million in cannabis from a vehicle search on Saturday.

According to a release, the Northumberland Detachment of the OPP conducted a traffic stop on a white cargo van after receiving a call from a concerned citizen regarding a possible impaired driver.

Law enforcement reports the vehicle had just left a service center in Port Hope and was heading eastbound on Highway 401 just before 2 pm.

“During the traffic stop, officers determined that the occupants of the vehicle were involved in the trafficking of illicit drugs,” reads the release. “As a result of the investigation officers seized 426 pounds of cannabis marihuana which has a street value of approximately $1.9 million.”

Photos released by the OPP show multiple large Home Depot boxes that had been filled with vacuum sealed packages of cannabis. 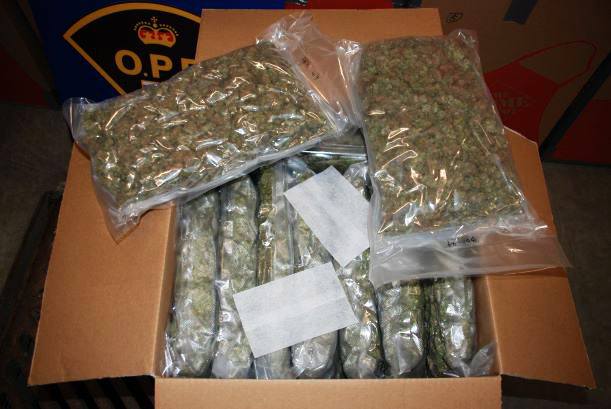 Kiryl Andrushkevich, 26, of Oakville, Ontario and Damaris Nataren Ortega, 32, of Toronto were arrested and each charged under the Cannabis Act with:

Both accused were held in custody for a bail hearing on Sunday.

426 lbs of Cannabis Marihuana with a street value of approx $1.9 million was seized during a traffic stop by a #NthldOPP officer on #Hwy401 E/B near #Cobourg on Sept 14th which stemmed from a call made by a concerned citizen regarding a possible impaired driver.^kj pic.twitter.com/jATlg6PqcF